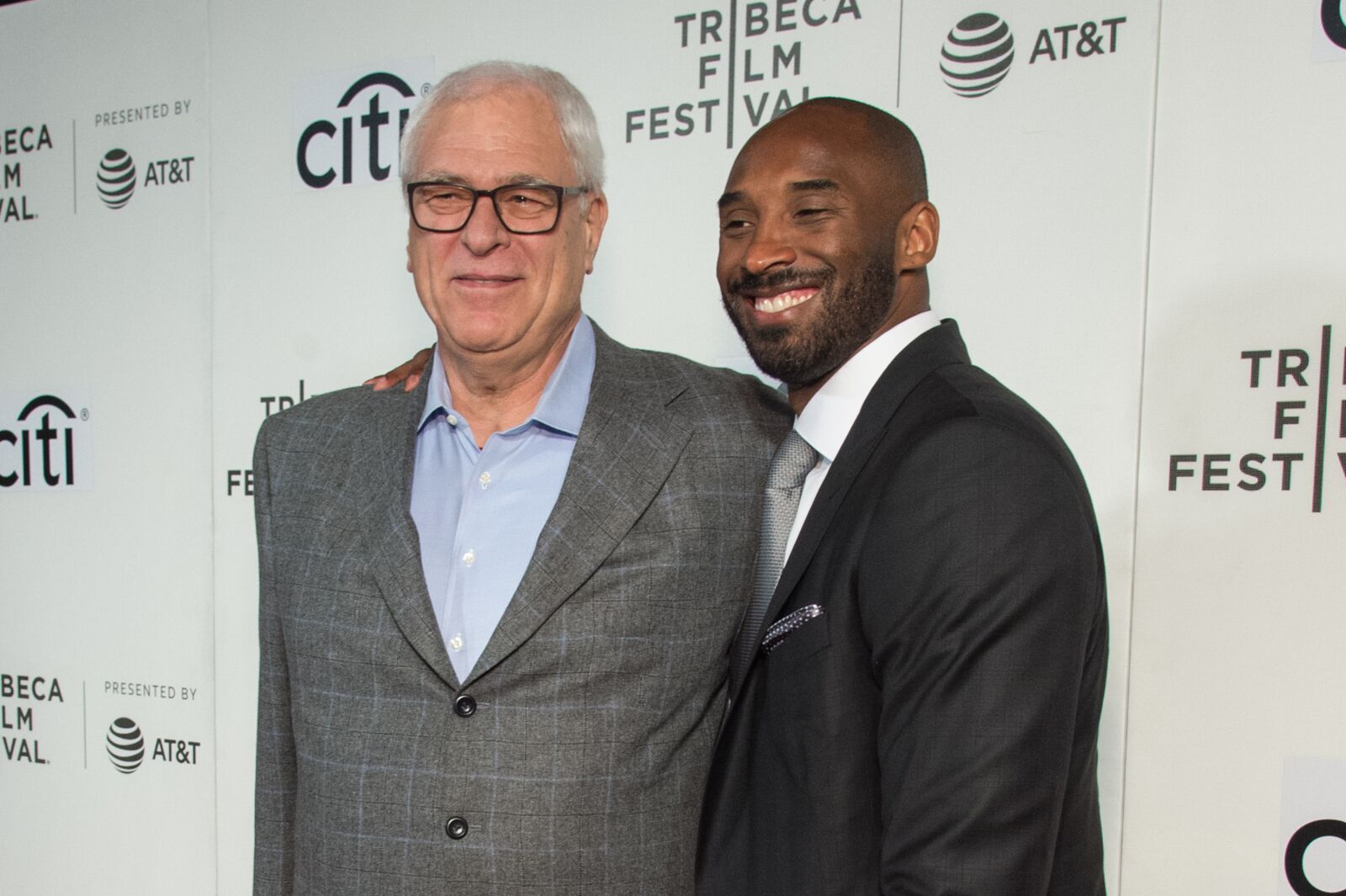 Since leaving the New York Knicks as team president in the summer of 2017, former Los Angeles Lakers coach Phil Jackson has stayed out of the limelight, but according to reports, he stopped by a Laker practice session this week.

Phil Jackson is arguably the greatest coach in Los Angeles Lakers and NBA history, and at the very least he’s the most successful coach the pro game has ever seen.

Jackson is also a man who seems to value and guard his privacy, as we’ve seen very little of him in public whenever he hasn’t had an official job somewhere in the association.

But, according to reports, the former head coach of the Lakers made an appearance at team headquarters on Wednesday, Dec. 12.

While current head coach Luke Walton was talking to the mass media, Jackson was spotted sitting at a table and talking one-on-one with Kurt Rambis, his former assistant coach and the current senior basketball advisor for the purple and gold. Jackson’s appearance was completely unexpected.

However, according to team sources, Jackson is still connected to various members of the organization, including Jeanie Buss, his one-time fiancee.

Walton, who played for Jackson from 2003-2011, also considers him a mentor and sometimes communicates with his former coach and asks for advice. However, he said he was unaware that the Zen Master was in the same building as him when the media pointed it out.

Naturally, some Laker fans, especially those who are most impatient with waiting for this current team to evolve into champions again, have been putting on their tin foil hats and speculating what this might mean.

Was Jackson trying to convince Rambis and Buss to relieve Walton of his duties so that he could return to the bench and relive his glory days by winning one more world championship?

Despite what people like Stephen A. Smith may tell you unless there really is some full-blown conspiracy brewing in Laker land, Phil Jackson is not coming back to coach his old team. For one, he recently dissed Lebron James’ business management team, including Rich Paul and Maverick Carter, by calling them his “posse”.

Even though it may have been technically true – Paul and Carter were both high school friends of Lebron’s who then got their business education from some of the best – all three were deeply offended by the comment and its supposed racial connotations.

Some would say that Lebron needs to let it slide, but superstar athletes can be surprisingly thin-skinned and sensitive. It’s hard to imagine that he and Jackson have any genuine mutual respect as made men.

Even more than that, Phil decided a long time ago that he was done coaching. While he may have missed having Michael Jordan and Kobe Bryant, arguably the two greatest basketball players of the last quarter-century by his side, he decided that he had enough of the arduous travel. That was all made all the worse by his perpetually bad back, artificial hips and the punishment his body took when he was a blue-collar role player for the Knicks in the early 70s.

Phil is now 73 years of age. This 11-time NBA world champion who has truly made his mark on NBA and sports coaching deserves to spend the rest of his days in good health doing what his heart desires, even if it involves being a connoisseur of some interesting substances, as Dallas Mavericks coach Rick Carlisle quipped after Jackson’s last game as head coach.