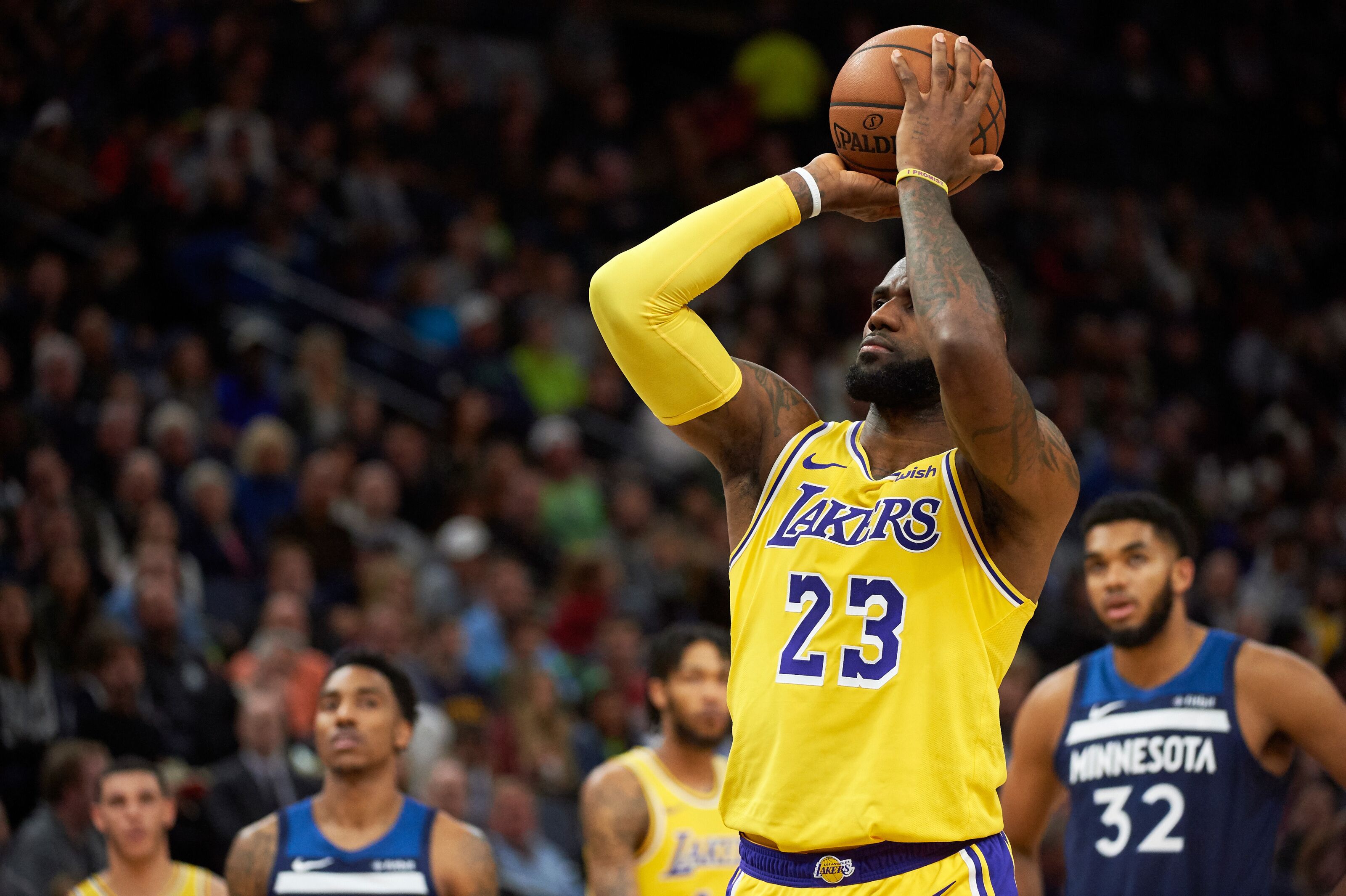 Through their December 18 loss to the Brooklyn Nets, the Los Angeles Lakers are shooting 69.2 percent from the free throw line. That is dead last in the league, and it is utterly unacceptable.

In some ways, the Los Angeles Lakers have, for the most part, done well so far this season. They are 18-13, with puts them in sole possession of the fourth seed in the Western Conference.

Despite losing three of their last four and four of their last seven, they are doing better than some thought they would when the season started.

Magic Johnson’s vision of Showtime basketball in our time has taken shape, as they are third in pace, second in fast-break points and ninth in points per game. The defense has been a pleasant surprise, as they’re 10th in defensive efficiency. They’ve also beaten some good teams already, such as Denver, Memphis, Sacramento and Portland twice.

However, they’re only 17th in offensive efficiency, and you wonder how a fast break team with LeBron James and a solid supporting cast could be that inefficient. The biggest reason why is that they’re only shooting 69.2 percent from the free throw line, which is 30th – dead last – in the NBA.

Hitting a free throw is the easiest way to score in sports. You don’t have to hit a baseball, you don’t have to kick a field goal through the uprights while dealing with tall and burly defensive linemen, and unlike in hockey or soccer, you don’t have to face off against the other team’s goalie, as you would during a penalty shot.

But for the purple and gold, hitting free throws has been more difficult than it should be. Only three players in their regular rotation – Kyle Kuzma, Lance Stephenson and Kentavious Caldwell-Pope are shooting at least 75 percent from the charity stripe (Stephenson is at exactly 75 percent). Even worse, only one of them is shooting at least 80 percent from the line, and he’s been constantly involved in trade talks lately.

One of the biggest, if not the biggest culprit has been LeBron James. The self-proclaimed king has always been a mediocre free throw shooter, hitting about 74 percent of them coming into this season. But, so far this year, he’s been anemic, as he’s made only 67.9 percent of his foul shots.

This is especially problematic since he leads the Lakers in free throw attempts with 7.8 per game, and he’s obviously their go-to-guy, especially during money time.

LeBron has always been the kind of player who is apt to miss a clutch free throw, especially when compared to many other all-time greats, but this season he’s taken that to new depths.

Even though Shaquille O’Neal was throwing up enough bricks from the charity stripe to singlehandedly end Los Angeles’ homeless epidemic in the early 2000s, the Lakers at least had plenty of very good free throw shooters to offset that, such as Rick Fox, Derek Fisher, Robert Horry and of course, Kobe Bryant. This year’s iteration doesn’t have that luxury, as noted above, and therefore LeBron’s free throw deficiency is that much more glaring.

Why is this ineptitude happening, and how do the Lakers fix this? Clearly, free throw shooting is mostly a mental thing, but could it be more than that?

However, Josh Hart, who is a good 3-point shooter, is even worse than LeBron at the foul line, hitting just 64.3 percent from there, which lends credence to the fact that it’s more mental than skill-dependent.

Does head coach Luke Walton make his players shoot several hundred of them every single day during practice or game-day shootaround? Does he make them shoot some blindfolded?

Maybe he should have the Lakers’ house band bang their drums right in front of the players and have the shooter’s teammates tell some “yo mama” jokes while he practices free throws to build up their mental tenacity when it comes to this skill.

If the purple and gold don’t address this issue, it could come to hurt them. Many, if not most of NBA games are decided in the last several minutes, and free throw shooting becomes even more vital at that point, especially since teams would rather have a guy shoot two free throws and have to think about it than take a shot in the flow of the game.

We’d really hate to see the Lakers lose a winnable playoff game or series, or even miss the playoffs all together during a tight playoff race in early April because they keep bricking free throws down the stretch.