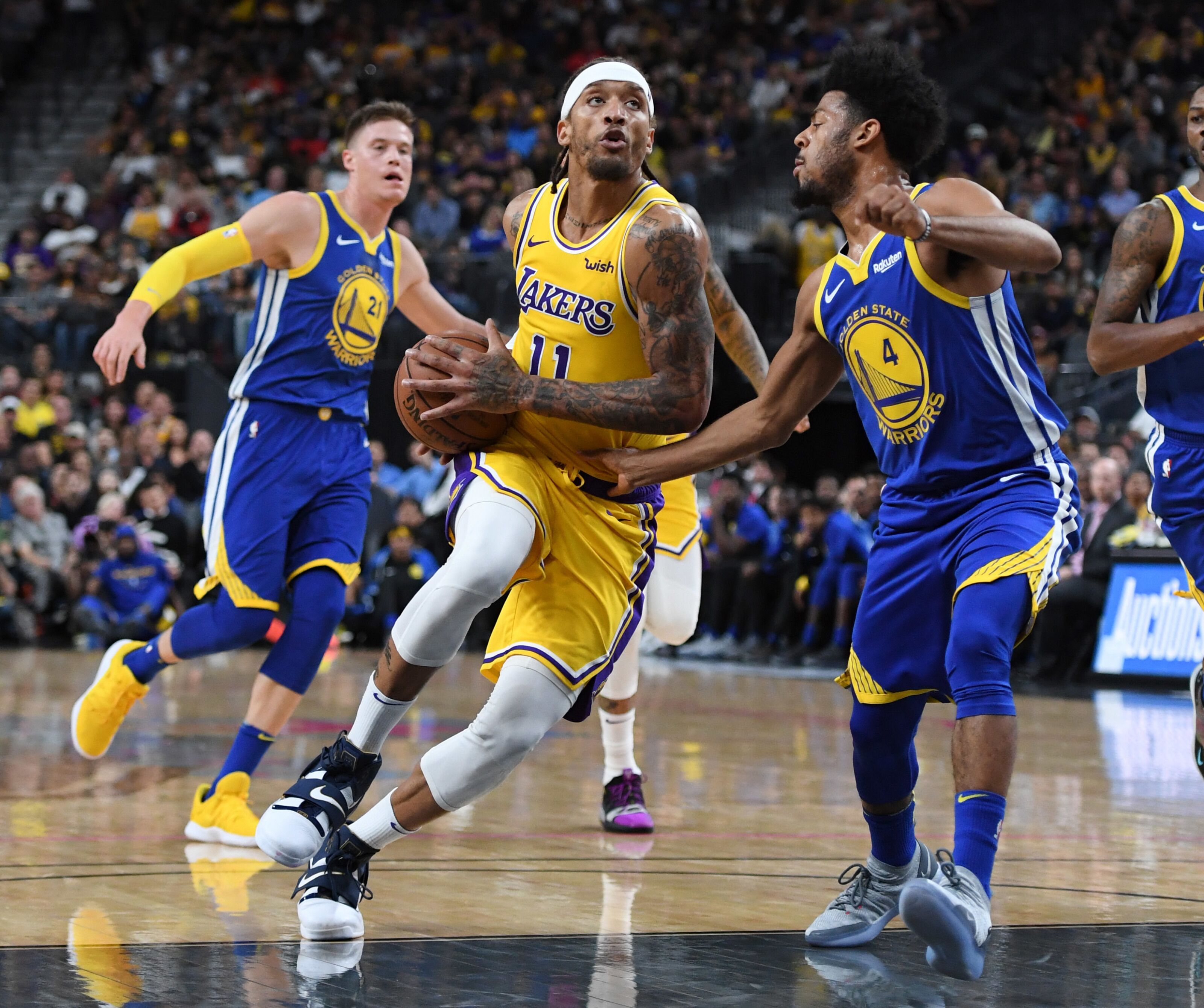 It may have been hard for casual fans to notice since he’s barely played this season, but Los Angeles Lakers forward Michael Beasley has taken quite a bit of time off for personal reasons.

At first, Lakers officials were tight-lipped about it, simply saying that it was for family reasons, then saying that there was an illness in the family.

More recently, Beasley came to the Washington, D.C. area with his mom, Fatima Smith, and both attended the December 16 contest between the Lakers and Wizards.

A team official said that Beasley’s mother wanted to attend a game with her son while she had the chance. The 11-year NBA veteran has missed 13 games while tending to her health.

Unfortunately, on Sunday, it was announced that Smith had passed away. It was revealed that she had been battling cancer for some time now, and she finally lost that battle.

Beasley posted this pic on Instagram to honor the memory of the woman who helped raise him into the man who won All-American honors and was named National Freshman of the Year during his lone season at Kansas State:

Before their game against Memphis on December 23, head coach Luke Walton sent some kind words to Beasley and his family in front of the mass media.

“I just wanted to send our love, our thoughts and our prayers to Michael Beasley and his family,” Walton said. “They’re going through a tough time. But we’re thinking of you, we miss you, and we love you.”

It is reasonable to expect Beasley to miss some more time due to bereavement, but no one has said anything about when he is expected to rejoin the team.

I’m not one to tolerate excuses, especially from spoiled, overpaid millionaire athletes, but this is one case where missing games is excusable and OK.

NBA players have to find a delicate balance between family and career more than the rest of us do, and obviously, when your parents did a great job of raising and nurturing you, they deserve to spend their last days with you being comforted before they move on to whatever lies beyond this physical realm.

I don’t have to tell anyone that cancer is an abomination that must be kicked in the butt into oblivion. As someone who lost his favorite aunt to that illness and recently found out that one of his business mentors was also diagnosed with it, Beasley and his family have my full sympathy and condolences. Rest In Peace Fatima Smith.