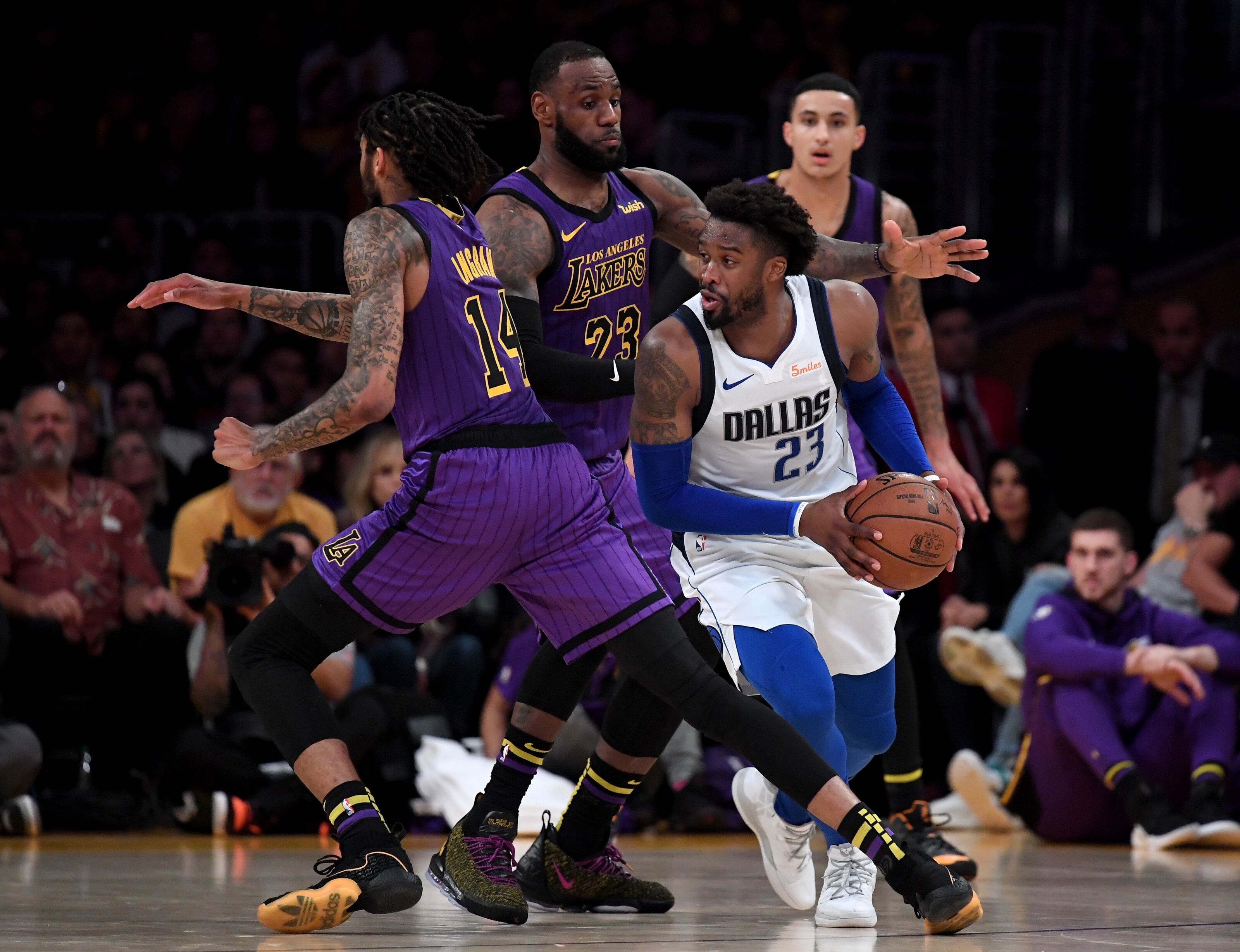 The Dallas Mavericks have emerged as a team that is shopping its assets this season and could have a potential suitor in the Los Angeles Lakers.

Chances are that the Los Angeles Lakers are going to make some sort of move, big or small, before the NBA Trade Deadline. The only big move the Lakers can really make is acquiring Anthony Davis from the New Orleans Pelicans.

Whether that happens now or later is up for debate but it seems as if all signs are pointing to Davis joining LA. Lakers rumors around a superstar have only been this heavy twice: with LeBron James and Paul George.

The Lakers landed James and probably missed out on George because of it. However, the front office is still batting .500.

The front office should not be swinging for the fences though and only try acquiring Davis this year. If that is the mindset, it could prevent the team from making smaller upgrades this season for virtually no price.

With a small ball mentality, several teams emerge as potential suitors — none better than the Dallas Mavericks.

The Mavericks are reportedly open to the idea of trading Dennis Smith Jr. if the team can make a move to help make a playoff run. However, it seems as if the Mavericks are willing to move any pieces for the right price.

The Mavs are open for all trades, potentially willing to move Dennis Smith Jr. in potential deal, per @ShamsCharania.

Chances are that the Los Angeles Lakers will not be able to send pieces to the Mavericks that will help in the playoff push. Any valuable pieces that the Lakers have are going to be reserved for their own playoff push.

However, after gauging the market, the Dallas Mavericks might look instead to turn half a season of specific players into gains for the future. The team won’t get a ton in return for these expiring deals from a contender but can still add something to build off of for next season.

Whether Mavericks’ fans admit it or not, this team is not a legitimate title contender. Looking ahead is the better idea.

Matthews is more likely to be dealt as the Mavericks just brought Jordan in on a hefty one-year deal prior to the season. Meanwhile, Matthews’ contract will expire and he will likely find a new home next year regardless.

The Lakers would not have to send a ton in return for Matthews. The team could package expiring contract Kentavious Caldwell-Pope alongside a young asset, like Sviatoslav Mykhailiuk and a future second-round pick for Matthews.

I know that Mykhailiuk has become a bit of a cult icon in LA but he is not really a part of the title-contending formula in LA.

If the Lakers were to go big with Jordan, the team would need to package another contract, such as Lance Stephenson, to make this deal work. The Lakers would still need to send out about $1.5 million and could capitalize on Ivica Zubac‘s hot run and include him in the package knowing he will eventually regress.

Or the Lakers could include 2018 first-round draft pick, Moritz Wagner.

The Los Angeles Lakers would still likely need to send a second-round pick in those scenarios but it is not a hefty trade package at all.