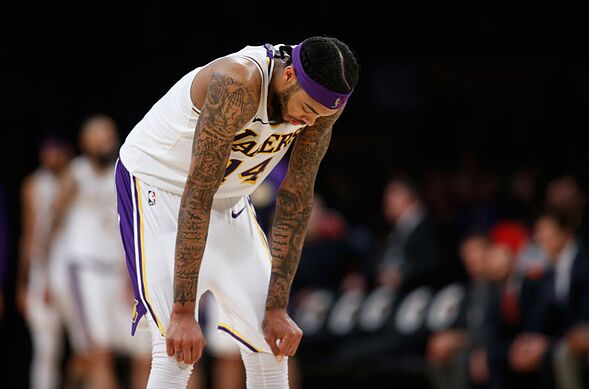 The Los Angeles Lakers are nearing rock bottom after losing to the Cleveland Cavaliers on Sunday night. Here are four lessons from the loss.

The Los Angeles Lakers are in a world of trouble right now. Others may tell you different and that’s okay.

I’ll just take credit for being the first one to point out that this team is about to hit rock bottom. What’s worse, if you think things are bad now, just look at your friendly neighborhood NBA schedule. It’s not going to be pretty folks.

Following an embarrassing loss to the Utah Jazz on Friday,  the Los Angeles Lakers looked even worse losing to the Cleveland Cavaliers 101-95 that was basically controlled for 48 minutes by a team that walked into the Staples Center on a 12 game losing streak.

What is it about the Lakers and these Sunday games on the schedule? I mean they play terrible almost every Sunday and this game was no different.

The Lakers came out listless and lacking energy. The bugaboo for this team that has hampered this team with and without LeBron James reared its ugly head yet again…

This team does not play hard for 48 minutes. The days of “Oh they need time to figure things out” are over. The Lakers are officially out of time if they want to make the playoffs this season. This loss puts them in a tie in the loss column with the Utah Jazz for the 8th spot in the West.

Here’s where it gets interesting…

The Lakers are 1 1/2 games back from the 11th seed in the West. You say…Well so? After the Lakers play the Bulls (Not a lock with this bunch!), they play the Oklahoma City Thunder on Thursday, the Houston Rockets on Saturday (Sidebar: Over/under on James Harden scoring 40? Leave comments below!) and the World Champion Golden State Warriors one week from Monday.

Trust me, this will not be the same team that the Lakers beat on Christmas Day. They will have DeMarcus Cousins back in the lineup. By the time the Lakers play through this murderer’s row schedule, the Lakers could be on the outside of the playoff chase looking in.

There is a lot of blame to go around and they will be directed at many like Luke Walton, Lonzo Ball, Brandon Ingram, the referees.

There will be plenty of excuses like…”The Lakers are missing LeBron James and Rajon Rondo.

Hopefully, it will be more of the former because the LeBron James excuse is getting weak.

The Lakers played seven out of their last ten games against opponents with less than .500 records. They have not taken advantage. There is no excuse for a Lakers with more talent to lose to a Cleveland Cavaliers team who basically leaned on the starting lineup only, can’t stop anyone on defense and has stopped hiding the fact they are tanking.