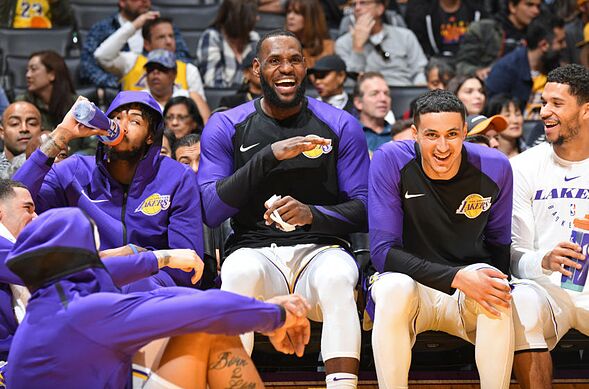 Despite a 1-3 road trip, the Los Angeles Lakers are still in the midst of the race for a playoff berth. Three factors could help them reach the postseason.

From the outset of this season, the most realistic goal for the Los Angeles Lakers has been to qualify for the playoffs for the first time in six years. They return home from a disappointing road trip tied for 4th in the ultra-competitive Western Conference, where 14 teams are vying for eight playoff spots.

The Lakers currently have four more losses than first-place Denver and four fewer than 14th-place Minnesota. While fans have reason to be optimistic that they will indeed make the playoffs, the season obviously still has a long way to go, with many possible twists and turns.

It would certainly help their cause if these three disappointing factors were reversed:

Josh Hart was regarded almost as an after-thought when the Lakers selected him 30th in the 2017 draft after a trade with Utah. Although he had a slow start, he soon showed he was a strong defensive player with a good 3-point shot.

Josh came on particularly strong in the last month of his rookie year, demonstrating that he could be more than just a 3-and-D guy. And he was outstanding for the Lakers team in the Summer League, during which he was named league MVP.

Expectations suddenly rose significantly and Hart was considered to be a part of the Lakers talented young core. This season he started out well, but unfortunately has not stepped up to another level as he seemed capable of doing.

Statistics rarely tell a full story, but they give us a strong indication of Hart’s lack of progress. He has raised his scoring average from last year’s 7.9 to 8.9 PPG, but he’s dropped in almost every other category.

Is this just part of a sophomore slump? Can Josh turn things back around? He still plays outstanding defense, and no one can question his hustle or work ethic. If he can find his shot, it could make a big difference the rest of the season for the Laker team.