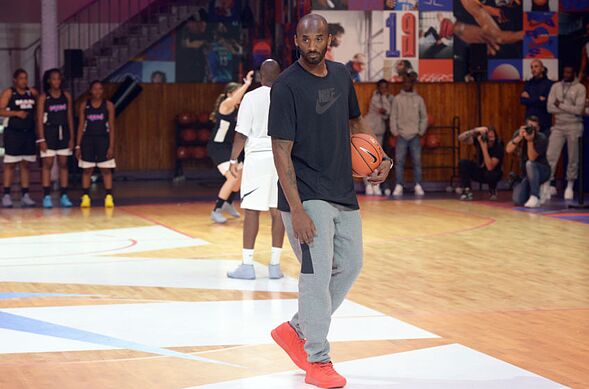 Former Los Angeles Lakers superstar Kobe Bryant announced the Mamba Sports Academy. These four players could use some sessions there.

Legendary Los Angeles Lakers shooting guard Kobe Bryant retired from the NBA following the 2015-16 season. However, he has kept himself busy off the court since ending his playing career.

Bryant has made it be known that he is content with his life after basketball, which isn’t surprising to hear. He has gotten to spend more time with his family, but he has also kept himself busy with different projects.

After taking home numerous awards during his basketball career, Bryant has added awards for his work off the court as well. Bryant won an Oscar for Best Animated Short Film this past year for Dear Basketball. He as also become an author, announcing earlier this year that he would be releasing a book titled “The Mamba Mentality: How I Play”.

Despite all of those off-court projects, Bryant has still found time to get back to the court. He has trained with a few different players, such as Jayson Tatum and Kyle Kuzma. Now, all athletes will have access to a little bit of the Mamba Mentality.

Bryant will be opening the Mamba Sports Academy in Thousand Oaks, California.

It is a multi-sport training facility for young athletes. It was opened in 2016 and currently has 50,000 athletes that it supports, but the center will be rebranded under Bryant. The complete changes are expected to be finished by January of 2019 according to the official release.

It is an incredible space that caters to a number of different athletes. Arash Markazi shared some of what is inside the 100,000 square-foot facility.

To the surprise of no one, Bryant wants to integrate “Mamba Mentality” programs into the work. While young athletes are the targets, there are a number of professionals that could benefit from some lessons from Bryant. These four Lakers could really use some sessions at the Mamba Sports Academy.