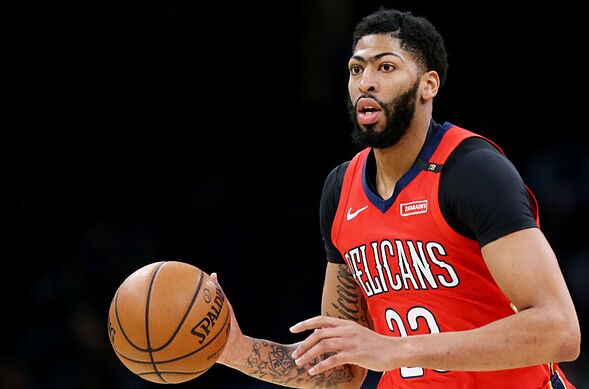 If the New Orleans Pelicans wind up considering trading Anthony Davis, the Los Angeles Lakers should consider one of these proposals to acquire the superstar.

The Los Angeles Lakers desperately need help right now. Following the injury to LeBron James, they’ve gone 3-7 and are quickly sinking in the standings. A loss to the Cleveland Cavaliers on Sunday only emphasized the fact that change is needed — and soon.

It’s easy to imagine that trading for Anthony Davis could help solve the Lakers’ problems. Not only would he give them a true superstar to lean on in the meantime, but he’d give them a dynamic one-two punch once James returns to the lineup.

There are just a couple of small roadblocks that need to be considered.

The first is figuring out whether or not the New Orleans Pelicans even have legitimate interest in moving the five-time All-Star. The rumor mill has been churning stuff out about a potential Davis trade for months, but that doesn’t mean New Orleans is ready to pull the trigger. The Pelicans can still offer him a super-max this summer, and may not consider a trade until he turns it down.

If New Orleans’ season continues to sink and the time for trade options comes, though, the Lakers will be one of the Brow’s top potential suitors.

The next step would be figuring out what it would take to pry Davis away from the Pelicans. As one of the league’s premier talents, it’s going to cost a pretty penny. Is Magic Johnson willing to swing that type of deal? If so, what would he be willing to part with to pair the Brow with the King?

Well, that’s what we’re here to try and figure out. There are a number of directions the Lakers could go, including concocting a three-team deal to bring Davis to Los Angeles. However, in the following scenarios, I’ve imagined three potential packages the Lakers could propose to make a two-way swap for the former No. 1 overall pick.

They may not all seem sufficient, but it’s not like the Pelicans have a ton of bargaining power here. Unless the Lakers were being outbid by another franchise, one of these deals could be enough to have Davis wearing purple and gold in the near future.