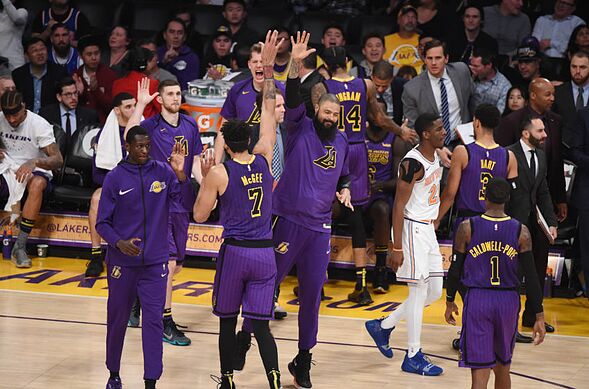 Just like us, NBA teams and players can have New Year’s resolutions. These are three possible resolutions for the Los Angeles Lakers.

2019 hasn’t gotten off to a great start for the Los Angeles Lakers. Injuries have really derailed the team in recent weeks, as they are on a skid compared to how they began the season.

Los Angeles began the season on a low note, losing the first three games of the new season and five of the first seven. After that, they were able to begin getting things on track. However, they have hit a snag once again.

The Lakers are on another three-game losing streak and have lost five of their last seven games. With Rajon Rondo and LeBron James injured in the Christmas Day victory over the Golden State Warriors, and Kyle Kuzma joining them on the sidelines just over a week later, the team has fallen on tough times.

Luke Walton is under fire, but the Lakers are shorthanded. Any team will struggle without their two highest scoring players and a respected veteran such as Rondo. All they can do is hope to stay afloat until the players get healthy and are back in the lineup.

Many of the struggles thus far in 2019 can be tied to the injuries the team is suffering from. However, there are still some issues that are plaguing the team even before the injuries hit.

Plenty of people make resolutions at the beginning of the year. Teams and organizations should do something similar, making a list of things they will work on in the new year.

2019 will be an important year for the Lakers. The remainder of this regular season will be important, but the biggest storylines for the organization will come this summer when they attempt to land another superstar to play alongside James.

For 2019 to be a successful one for the purple and gold, they will have to achieve a few goals and follow through on some resolutions. These are three resolutions the Lakers should aim to accomplish throughout 2019.