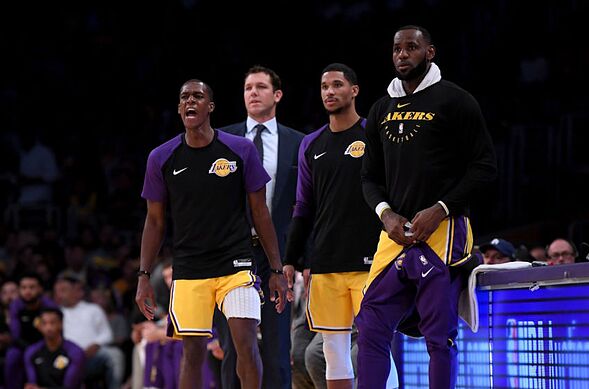 2018 is coming to an end, but there are many different Los Angeles Lakers narratives to look forward to in 2019. Here is part one of the most interesting Lakers storylines for the new year.

The Los Angeles Lakers are one of the most polarizing teams in the NBA. They came into the season with plenty of headline-grabbing stories, including the signing of LeBron James. Now that we are approaching the New Year, we will take a look at some of the headlines involving the Lakers heading into 2019.

JaVale McGee has missed the last five games with pneumonia. With McGee resting up in the hospital, Ivica Zubac has stepped in as the starting center for the Lakers. Zubac has averaged 12 points, six rebounds, and two blocks per game on 68 percent shooting from the field as a starter. He’s looked good and a lot of Lakers fans have started wondering if he should continue to start, even when McGee comes back.

I’m going to set things straight right now. No, no, no, no, Zubac should definitely not start once McGee is ready to go. The Lakers are 2-3 without McGee and have really missed him.

The Lakers were tied with Memphis late in the 4th quarter and then the Grizzlies decided to make Zubac defend the pick-and-roll every time they had the ball on offense. The Grizzlies ended up winning the game by eight points because Zubac can’t defend the perimeter. That game was a perfect example of why the Lakers should continue to play McGee and Chandler the bulk of the center minutes.

I’ll admit Zubac’s low post game is more polished than McGee’s and Tyson Chandler’s, but the Lakers don’t need the extra six points per game Zubac can bring to the table. The Lakers need their centers to play good interior and perimeter defense. McGee is still a much better defensive player than Zubac, especially when he’s tasked with switching onto smaller players.

It will be interesting to see what Luke does with Zubac. He’s already said that Ivica has played himself into the rotation. Will Luke give Zubac more than 10 minutes per game?