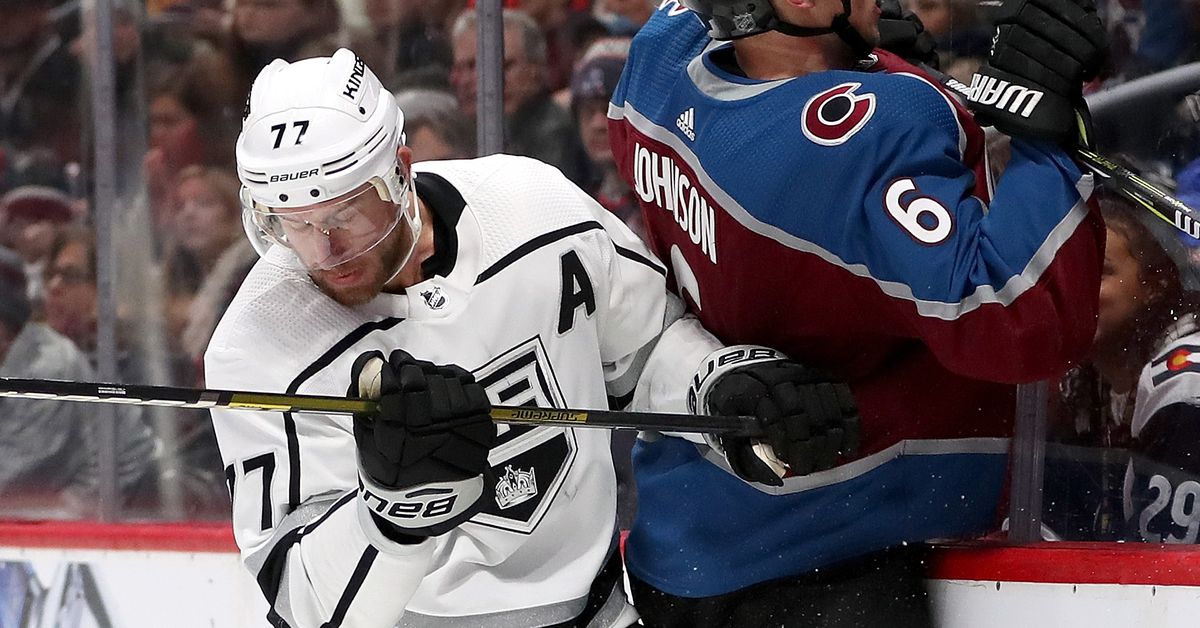 It’s the Kings versus the Avalanche in this New Year’s Eve tilt. We have the speedy and skilled Avs, who have looked a little shaky of late, dropping their last four games. Los Angeles, on the other hand, is looking to close 2018 on a high note, despite a pretty gloomy year.

We get our check-in with the prospects playing for their respective countries in the World Juniors Tournament, Mikey Anderson being the focal point, given his outstanding performance in Team USA’s almost-comeback against Sweden.

Daryl Evans speaks about the Kings needing to recapture the emotion and character of their last few wins. When all else fails in hockey, mention character. Through determination, emotion, and grit you can win anything in hockey, according to the analysts, at least. Can you tell I’m a bit jaded yet?

Dion Phaneuf and his veteran presence has returned. Meh. A serviceable defenseman is always good, but I’m not overly elated.

A lot was made of the defense creating offense, and activating. Willie Desjardins is quoted as stating “When the kings are on top their game their defensemen are activating.” Sounds like fundamental hockey, but not something you want to over-commit to against the Avalanche, who can beat you with speed if the D is caught too deep in the offensive zone. Although my jaded self wondered if I should play a small drinking game, seeing how many times the Fox Sports West broadcast would mention defense activation.

18:12: Quick decides to start doling out the heart attacks early as he awkwardly saves a shot from Alex Kerfoot.

9:50: Brendan Leipsic showing off some of his stickhandling skills, which leads to a shot on net. Varlamov turns it aside with his right pad.

9:08: Kyle Clifford gets called for a double minor for high sticking, giving the fourth-ranked power play unit in the league a chance at opening the scoring for the night.

5:40: Quick makes a diving save to keep the game level.

4:20: Sean Walker has his first NHL goal taken away as fellow Reign alumni Matt Luff is called for goalie interference. It’s a dubious call, but let’s face it, they call goalie interference for anything these days. Kings challenge the call but no dice.

0:03: Kopitar tripped by Tyson Barrie on a nothing play. We’ll take it.

0:01: The Kings try to get too fancy and over-pass the puck instead of shooting.

19:38: Doughty scores on the power play, off of a wrist shot from the point.

18:26: Tyler Toffoli takes a penalty for tripping in the offensive zone.

15:50: Quick makes a reaching toe save on Sheldon Dries, preserving the Kings lead.

14:58: Jeff Carter called for slashing; he’s not happy about the call. After seeing the replay it’s a slash per the rules. A soft slash, but a slash nonetheless.

14:12: The Avs are starting to warm up and are going for accuracy by volume on this power play.

11:45: A scramble in front of Varly leads to a Kings powerplay.

07:02: Walker beats Varlamov with a wrap around attempt after the Avs goaltender commits too heavily to the first save. This time his goal stands as Luff wasn’t near the goalie to spoil the party. Walker is described as being “active” by Jim Fox, twice. Kings up 2-0.

The rest of the period remains uneventful. The Kings do play well when you activate the defense in the offensive zone, but I’m hoping the 10 forwards on the roster tonight not named Kopitar or Brown start to activate.

19:28: The Avs display the speed they are known for and Nathan MacKinnon makes it 2-1.

19:03: Colorado’s J.T. Compher goes to the box for goalie interference.

17:03: Not much happens on the power play, other than Jim Fox calls Kopitar predictable.

15:57: Quick denies MacKinnon with sprawling save.

10:35: Kopitar puts a backhander on net that seems to catch Varlamov off guard. The Colorado netminder, however, is able to make the save. Still 2-1 in favor of the boys from LA.

9:06 Colorado’s top line begins to cause havoc in the defensive zone, but the Kings survive thanks to a blocked shot that comes out of the zone, forcing the Avalanche to regroup.

1:50: A shot from the point deflects off of Carl Sodeberg’s skate and sneaks by Jonathan Quick. It’s all tied at 2.

4:06 Dustin Brown buries a shot past the blocker side of Varlamov. Kings win!!!

The Kings make it interesting, but they are able to get the win in Denver tonight. The defense activated and got us the win, but the offense look lackluster at times. Regardless, it’s a good way to bring 2018 to a close. On to Vegas tomorrow.