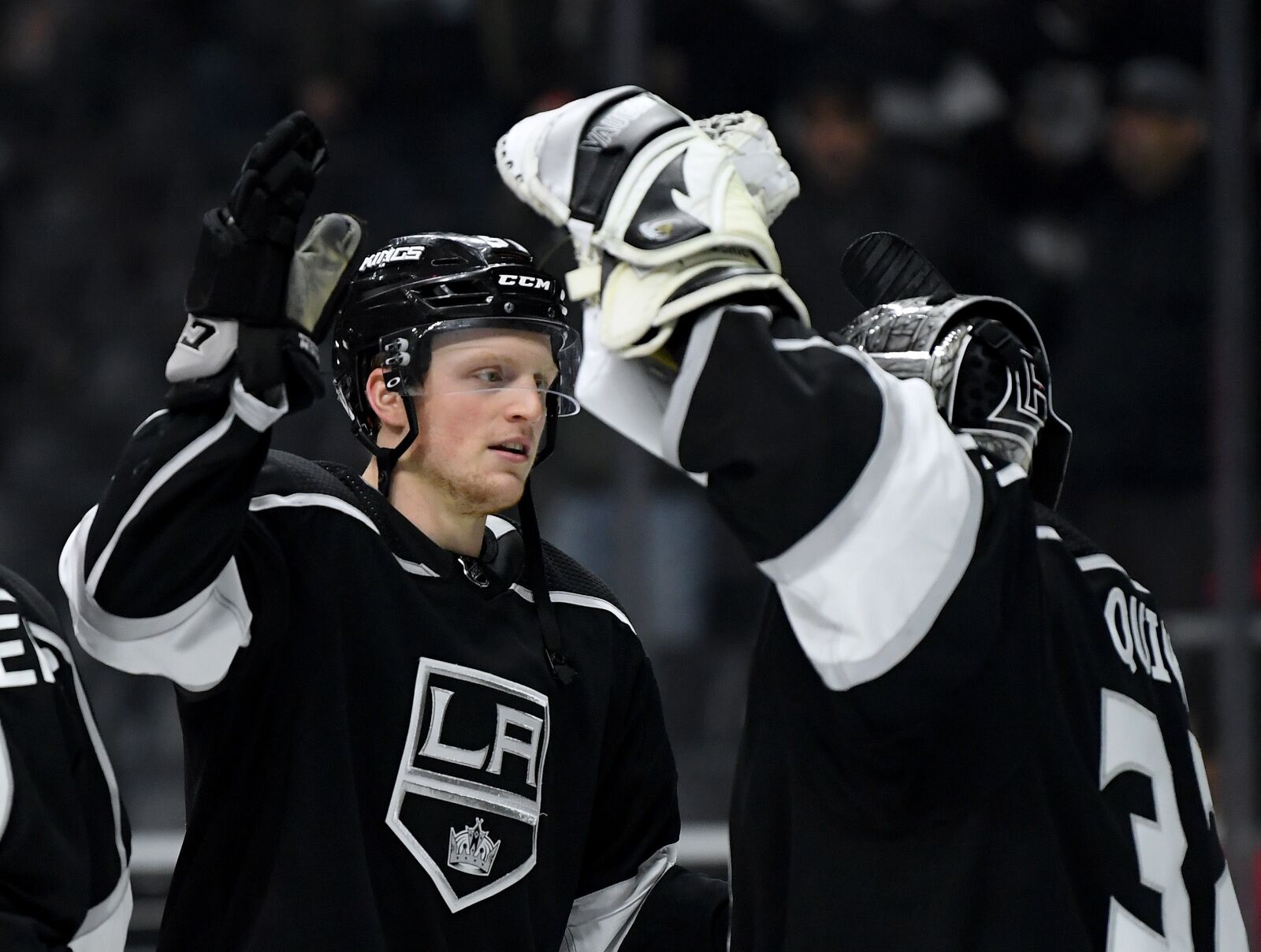 The Los Angeles Kings enter the Christmas break mired on the bottom of the Pacific Division.  On this Christmas List, there are five wishes that the Kings hope to receive in order to get back into the playoff picture.

The Los Angeles Kings, by most experts, were picked to finish in the middle of the Pacific Division.

However, they have played below expectations as they are only at 31 points in the crowded Western Conference. They have been hurt by injuries, and the same problem that has plagued them for a couple years now: scoring.

My hope is that the Los Angeles Kings will be able to continue on their three-game streak, and put themselves back in the playoff hunt in the Western Conference.

These are the five items that are on the Los Angeles Kings Christmas list:

One of the issues that has plagued the Kings every year is their lack of scoring. They do not even have a single player that has double-digit goals (Alex Iafallo and Dustin Brown have nine).

Their recent acquisition of Ilya Kovalchuk has not panned out as he has only seven goals. The Kings have scored only 86 goals the entire season, which is the lowest in the league. They need their forwards to wake up and start getting in the slot and high danger areas to score more goals.

It is no question that the Kings are a better team when Jonathan Quick is healthy. Last year, Quick played 64 games, which was instrumental in getting the Kings to the postseason. This year has been a trying year for Quick as he has suffered numerous injuries as well as a torn Achilles this year, forcing him to miss more than two-thirds of the young season.

Though Cal Peterson and Jack Campbell have been admirable in starting for Quick, Quick will be needed for the Kings to make a mid-season surge.

3. Improvement on the Power Play

Throughout almost half of the season, the Kings are 25th in power play conversion rate at 15.4 percent. Though it is not the worst in the league, they are still in the bottom half of the league.

LA definitely can do better and score more goals on the power play. My hope is that they will simplify their power play and get more traffic around the net to score.

It is easy to say that Anze Kopitar has not played to his own expectations. Coming off a career-high 92 points in the 2017-2018 season, he was not expected to reach that level but play at least at a point per game pace.

So far he has only 23 points in 36 games. Kopitar has been squeezing his stick too often and needs to simplify his game. As the leader of the team, he needs to take more shots on goal and set the table for his teammates to get better scoring opportunities.

The Kings are mired in salary cap hell as they have a little over 5.8 million dollars to spend with just 13 players under contract. Much of the reason they are plagued is due to Anze Kopitar’s $10 million a year contract and Drew Doughty‘s $11 million contract next year.

In order for their salary cap situation to improve, they need to shed themselves of some contracts.

It can start with ridding themselves of Dion Phaneuf‘s and Dustin Brown’s contracts. Though both are solid, they are unspectacular players and are overpriced and need to be traded for the Kings cap situation to improve.

If the front office can get a scoring forward or a solid scoring defenseman to pair with Drew Doughty, it would help the Kings tremendously.

The Kings are certainly capable of going on a long winning streak to have hopes of reaching the playoffs. However, they will need most of if not all the wishes above to come true in order to have a chance.