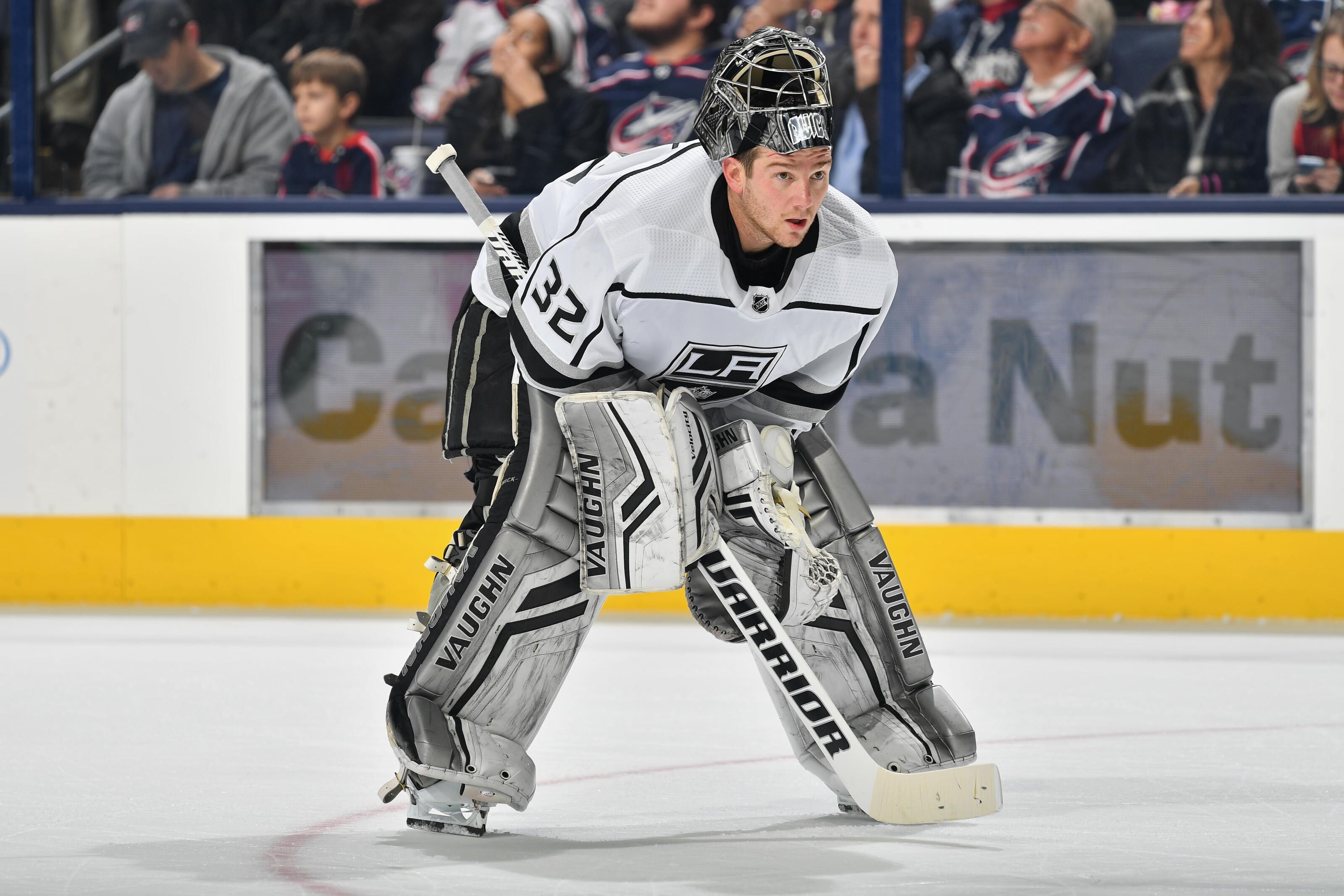 As the Los Angeles Kings continue what may be one of their worst seasons ever, some questions begin to arise regarding the future of Jonathan Quick.

Last season, the idea of the Los Angeles Kings trading franchise goaltender Jonathan Quick would be laughable. The quality of play he has given to this team over the years is unmatchable. While the Kings may not have been what they once were, they still had their defensive identity thanks to him.

In fact, believe it or not, they allowed the fewest goals in the NHL last season. This was the result of a superstar goalie and elite defensemen. Trading Quick would be like trading away the crowns on their uniforms.

Yet, over a single season, the entire foundation of a team can see an overhaul. With the Kings struggling like they are, maybe trading away the very Crowns on their jerseys seems more reasonable.

At this point, it’s getting harder to not concede that Jonathan Quick is on the wrong side of his prime. If the Kings are no longer the defensive powerhouse Cup winners, should Jonathan Quick be the first to go in the inevitable upcoming rebuild?

Why the Kings should keep Quick

Although there are a lot of statistical reasons why it may be a bad idea, the first argument for keeping Quick is more of a moral one. When you trade away players who have mostly only served your organization flawlessly, it sends a horrible message.

Most star players want some sort of position security. Most owners want to keep their stars players for as long as possible. That’s why long-term contracts exist. But, they extend beyond that.

If stars have no guarantee that they are valued beyond their regression into more average players, your entire team becomes a talent carousel – you’re in the first minute, you’re out the next.

As soon as younger blood can be found to replace you, you’re off the team. Even conceding that the NHL is just like any other business, this may have an effect on players’ morale over time.

Even if you’ve fully bought into the business element of the NHL, Quick’s value as a player might still be worth keeping. If teams got rid of their best players every time they had one or two bad seasons, they would probably lose out on a lot.

Martin Brodeur, often regarded as one of the best goalies of all time, had so many random bad seasons that everyone seems to forget about. In fact, if you took out his four core seasons from 2006-10, his save percentage resembles that of a backup.

If the Devils gave up on him early on, they would have missed out on the quality goaltending he wouldn’t provide until later. Although Quick has less time to prove that, goalies have continued to play, well after his age. Trading him at this point in his career could be a terrible move on multiple levels.

Why the Kings should trade Quick

The statistical argument on the keep side is probably a weak one. When goalies begin to struggle in maintaining a decent save percentage past 30 years old, it’s generally a sign of decline. Quick has had a fair chance to prove himself this season. In 14 games, he has recorded 3 really bad starts (games with a save percentage below .850) and a disappointing .900 save percentage.

He did fine last season, sure, but his stats this season don’t reflect that. They reflect a goalie hardly keeping their head above water. While he has been struggling, what have been the sole positive aspects of the Kings’ season?

Well, the other goalies have been doing just fine. Jack Campbell and Calvin Petersen, who have played 13 and 10 games respectively, have save percentages of .923 and .927. Why do the Kings need a struggling $5 million goalie if they already have two potential starting-caliber goalies in their organization? In addition, they are only 26 and 24 years old. They could be legitimate core pieces to a future Kings team.

At least one team is already showing interest in Quick. The Philadelphia Flyers, who are more desperate than almost anyone for some goalie support, have reportedly talked to the Kings about Quick.

If they or anyone else are willing to give up someone or something that could help out the Kings in the long run, this is a perfect opportunity. The Kings are entering a rebuild soon enough, and they might as well get it started up.

What do you think? Do the Kings have an obligation to be patient with their organization’s former savior, or is it time to shake things up? Feel free to express your thoughts in the comments.

All stats are from hockeyreference.com