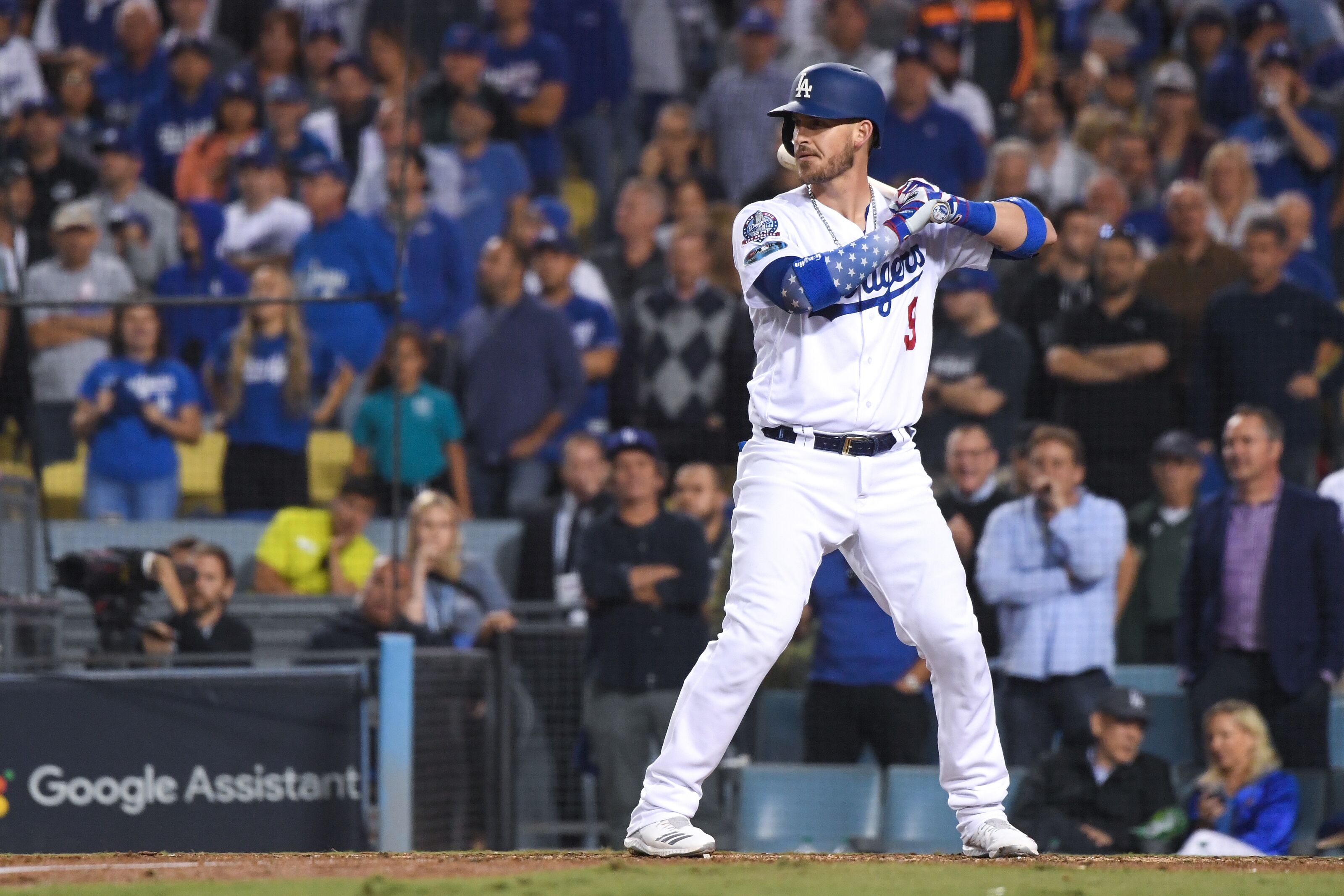 The Los Angeles Dodgers are expected to part ways with Yasmani Grandal after the veteran catcher did not agree to the one-year qualifying offer worth $17.9 million.

The Los Angeles Dodgers have boasted one of the best catchers in the game the last several seasons despite all of the headaches that he has given the team down the stretch of the regular season and in the postseason.

Yasmani Grandal has been the primary catcher for the Los Angeles Dodgers with Austin Barnes serving as the backup. While Barnes has earned the starting job in back-to-back Octobers, Grandal has statistically been one of the best catchers in the MLB over the last three years.

According to FanGraphs, Grandal is the third-best catcher in the MLB the last three seasons in terms of WAR (9.0). The only two catchers ahead of Grandal are Buster Posey and J.T. Realmuto, whose name is familiar within Dodgers rumors.

Grandal is second to Salvador Perez in home runs with 73, is fourth in RBIs and is fifth in runs scored. Despite being a passed ball machine the last two seasons, Grandal ranks favorably in defensive metrics due to his elite framing ability.

The frustrations with Grandal come with his late-season meltdowns in which he looks like a shell of his former self at the plate that carries into the postseason. Grandal is a career .204 hitter in August despite being a .307 hitter in July and carries a career postseason batting average of .107.

Regardless of the frustrations around Grandal, he still has value and is a better alternative than Austin Barnes. However, it seems as if Grandal will undoubtedly be out of Los Angeles.

Not only did Grandal reject the $17.9 million qualifying offer but the Los Angeles Dodgers have one of the best catching prospects in baseball, Keibert Ruiz, who is going to be big league ready likely by late 2020, at the latest.

Signing to Grandal simply does not make sense considering Ruiz’ timetable to debut in the MLB.

However, I would not completely rule out signing Grandal, as the chance of his market crashing and the Dodgers being the only offer left on the table still exists.

Grandal reportedly already rejected a four-year $60 million contract with the New York Mets. That is the probably the most any team is going to offer him and the Mets might have been the only team willing to lock him in for a four-year deal.

The Los Angeles Angels need a catcher but have been staying away from multi-year deals to prepare to give Mike Trout a lifetime extension. Other contending teams that could use a catcher, like the Cleveland Indians or Milwaukee Brewers, probably won’t pay Grandal what he wants.

We saw this exact same thing happen with Mike Moustakas and the Kansas City Royals last season. Moustakas rejected the qualifying offer, could not get a deal on the market and had to return to the Royals on a one-year deal worth $5.5 million.

I could see something very similar happening to Grandal, especially as the offseason goes along. Instead of signing a three and four-year deal that undervalues him and hurts him in the future, Grandal might be best off signing a one year deal.

And instead of going to a new locker room, Grandal can return where he is comfortable, try to put together a nice contract year and cash out next offseason in another thin catching market. It is not like father time is catching up to him.

If the market really does dissolve, I can see the Dodgers getting away with a one-year deal worth $8 million or so that includes incentives to bump it up to $15 million. Not only does it allow Grandal to bet on himself but it keeps the Dodgers financially flexible.

We’ll see what happens in the coming weeks. At the end of the day, it is ultimately up to Yasmani Grandal whether or not he would return to the Los Angeles Dodgers on that kind of deal.