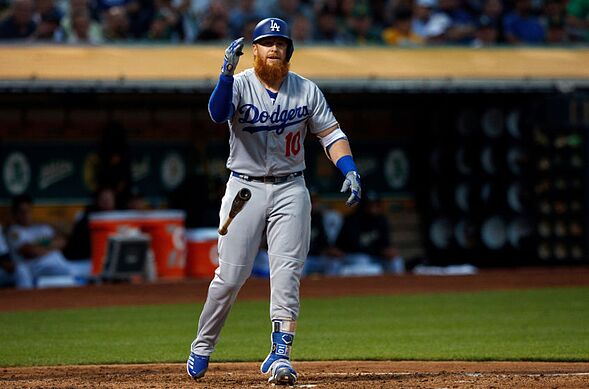 The Los Angeles Dodgers are in the market for some notable names, however, still need another quality right-handed bat in the order.

The biggest story surrounding the Los Angeles Dodgers this winter is whether or not the team can land superstar Bryce Harper. Harper is the biggest star to hit the free agent market arguably since Alex Rodriguez and is likely going to get a record-breaking deal like Rodriguez did in 2000.

Whether or not the Dodgers can move the pieces to make room for Harper and subsequently sign him is yet to be seen. However, regardless of if the Dodgers do or don’t sign Harper, the fact of the matter remains that the team has much more left-handed hitters than right-handed hitters.

Without Harper, the Dodgers have Alex Verdugo, Corey Seager, Cody Bellinger, Max Muncy and Joc Pederson from the left-handed side. While not every one of those guys will be on the team in 2019, that is three of the five best hitters on the team, four of the six-best if Verdugo turns out to be what we expect.

The two notable right-handed hitters are Justin Turner and Yasiel Puig. However, there is a chance that Puig is going to be traded and even if he isn’t, he is not a traditional right-handed hitter. His OPS was nearly .300 points lower against southpaws last season.

Here are three external options the Dodgers can consider to help aid in this problem, which could result in fewer weird right-handed hitting lineups that caused matchup problems in October.