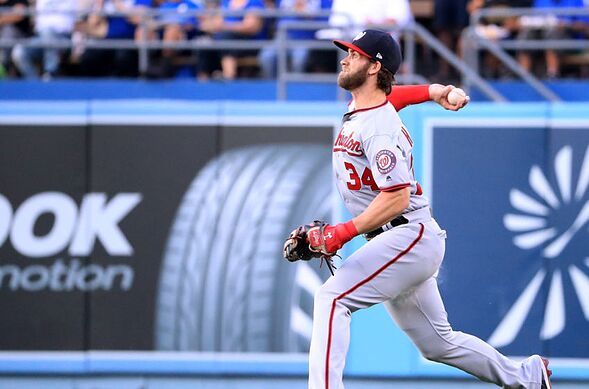 The Los Angeles Dodgers have been connected to several different stars this offseason but have a likely path that includes other acquisitions.

The Los Angeles Dodgers seem bound to make a massive move this winter. After trading Yasiel Puig, Matt Kemp, Alex Wood and Kyle Farmer to the Cincinnati Reds, it appeared as if the Dodgers were gearing up to add a megastar.

That megastar being none other than the biggest name to hit the free agent market since Alex Rodriguez, Bryce Harper. Rodriguez got the largest payday to that point in baseball history at 25 years old and Harper is likely going to set his own record at 26 years old.

However, as time has gone on with no action and numerous reports about Harper and other interested teams, it seems less and less likely that the Dodgers are going to land the megastar. The Dodgers front office is known for not overspending and likely will not offer the 10+ year deal that Harper wants.

While Los Angeles might be the best logistical fit for Harper, a conflict of interest will probably ultimately keep it from happening.

That does not mean the offseason is a loss as the Dodgers can make multiple moves, instead of just one, that would have a bigger impact than signing just Harper. That is usually the Dodger way to do things, after all.

There are three moves that glaringly make sense for the Dodgers and fit the team’s past tendencies. Here are the three most likely moves that we think we will see the Dodgers pull off before Opening Day.