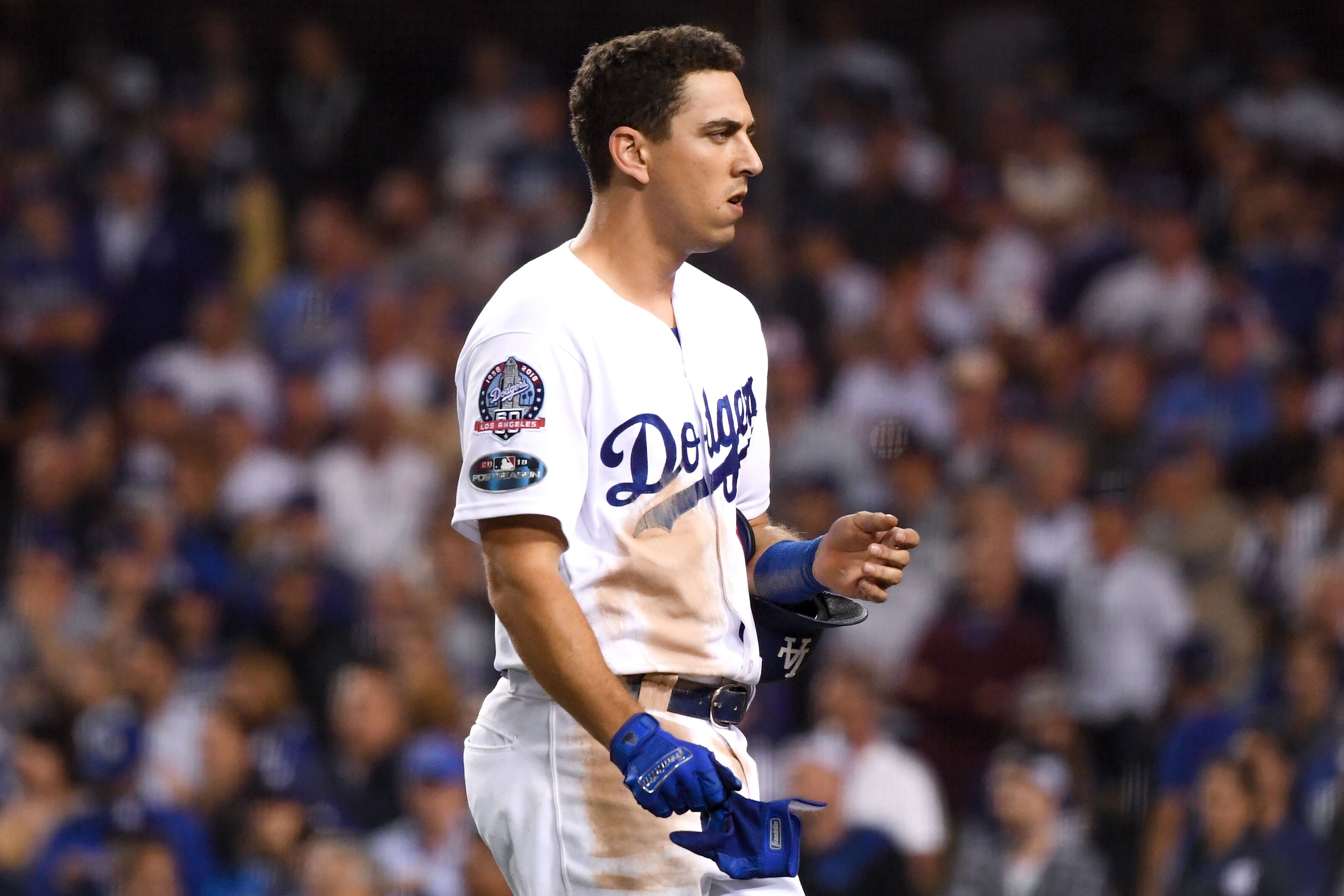 With Yasmani Grandal becoming a free agent, the catching position has been circled as an area of need for the Los Angeles Dodgers with J.T. Realmuto being a potential target.

The Los Angeles Dodgers have had the luxury of having one of the best catchers in baseball the last three seasons in Yasmani Grandal, despite how frustrating his production typically becomes when October rolls around.

The frustrations are likely over in Los Angeles with Grandal being a free agent this offseason. Unless his market completely dissolves and the Dodgers get a killer deal, Grandal will be elsewhere in 2019.

This is bittersweet. Dodger fans certainly will not miss Grandal’s tendency of allowing passed balls and cooling off drastically as the weather cools off. However, the team is still losing one of the best hitting catchers in all of baseball.

Tasked with taking over for Grandal is Austin Barnes, who has taken over in October for Grandal the last two seasons. Barnes was pretty good in 2017 as a platoon catcher alongside Grandal but drastically cooled off in 2018 and found himself being an offensive liability.

While Barnes’ lack of production in 2018 is concerning, Dodger fans should not be overly worried about the catcher position in 2019, although, the front office should be open to one upgrade in particular.

By now, chances are that you have heard the Los Angeles Dodger rumors surrounding J.T. Realmuto, one of very few catchers that have been better than Grandal offensively. With Realmuto reportedly wanting out of Miami, the Dodgers have become a natural fit, because of the Grandal departure.

With the New York Mets signing Wilson Ramos and another team going to snag Grandal, chances are that the Dodgers will emerge as the clear candidates to get a trade done. This, hopefully, should lower the price for Realmuto, but if not, the Dodgers should not be worried about what they have.

While Barnes was not great in 2018 he obviously showed in a big sample size the year prior that can easily hold his own as an everyday catcher. Heck, while he was not great in October, he at least consistently put up good at-bats and even came up with one of the biggest hits in the NLDS.

While Keibert Ruiz is ahead of Smith on the prospect totem pole, Smith is closer to the big leagues. Smith played 25 games with AAA Oklahoma City last year. While he did struggle, his good pitch framing and overall defensive ability will hold him up to be a good backup in his rookie year.

Of course, there is the possibility of Smith being dealt because of Ruiz. However, if he has a good Spring Training, the Dodgers should be comfortable with calling him up early to serve as a backup to Barnes.

Either way, the Los Angeles Dodgers do not have to sacrifice prospects or salary cap space (unless it is a very minimal deal) for a catcher this season.