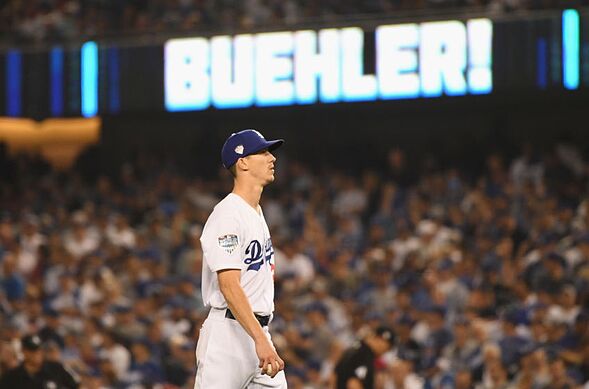 One of the biggest reasons for the Los Angeles Dodgers’ continued success is the organizational depth in the farm system, which has also led to early promotions.

The Los Angeles Dodgers are the only team in the MLB with a postseason streak five or more years in the making and actually have the third-longest postseason streak in MLB history. The Dodgers have won six consecutive NL West Titles, have been in the NLCS the last three seasons and the World Series the last two.

While the Dodgers have not yet taken home the ultimate prize it is hard to ignore what the team has done over the last six years. You have to get there, after all, in order to win it and the Dodgers have done a great job of getting there.

If the team continues to put itself in that position it will win a World Series. Heck, you can change a handful of things about both World Series appearances and the Dodgers would be back-to-back champions.

The team is not showing any signs of slowing down as it still has most of its contending core intact and continues to build and maintain one of the best farm systems in baseball.

Rarely does an organization get the double whammy of being a World Series contender and having a great farm system. The Los Angeles Dodgers enjoy that luxury, which has led to their success thus far and will lead to future success.

We all knew about the top prospects before they emerged but some of the best players on the Dodgers were rushed to the big leagues. Just in the last two years, Cody Bellinger and Walker Buehler were rushed to the majors sooner than anticipated and had a huge impact in their rookie campaigns.

While the Los Angeles Dodgers don’t want to rush every prospect to the big leagues, sometimes that it was it takes to get a player going and to help the team. There are two prime candidates to get the early promotion to the MLB this season.