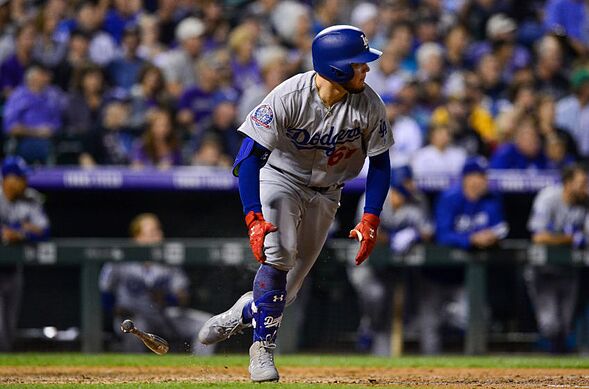 The Los Angeles Dodgers are not done making moves this offseason and it appears that the team might be moving on from top prospect Alex Verdugo.

The Los Angeles Dodgers have made two moves of significance thus far this offseason. The first was signing reliever Joe Kelly to a three-year contract to fill out the bullpen and give the Dodgers someone with World Series-winning experience.

The second was a pretty massive trade with the Cincinnati Reds that sent Yasiel Puig, Matt Kemp, Alex Wood and Kyle Farmer to Cincy in exchange for Homer Bailey (who was waived) and prospects Jeter Downs and Josiah Gray.

That move was meant to free up money for the Dodgers but also freed up roster space as well. With the move, many expected that the Dodgers would be adding Bryce Harper. However, that speculation has quickly died down.

At the very least, trading two outfielders would be opening up a spot for Alex Verdugo, the team’s top prospect that was arguably big league ready before the 2018 season.

With the Dodgers’ surplus of left-handed hitting, especially in the outfield, the team may benefit more from dealing the left-handed Verdugo for someone else that can help the team.

Michael J. Duarte of NBC Sports reported that there is a list of potential teams that would be interested in adding Verdugo. However, it likely does not stop there, as Verdugo is a young, controllable outfielder that has a ton of trade value.

Any team looking to upgrade the outfield over the long-term should be interested in Verdugo. However, there are only a select number of players worth trading Verdugo for.