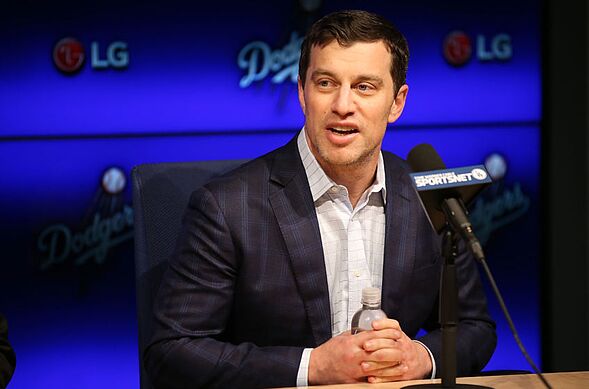 The Los Angeles Dodgers got the ball rolling on what should be a series of events by trading multiple big league contributors to the Cincinnati Reds.

There has been plenty of speculation surrounding the Los Angeles Dodgers this offseason and it took nearly two months for that speculation to turn into results.

While the Los Angeles Dodgers did net Joe Kelly to a contract, there was no other significant moves that were made. Hyun-Jin Ryu accepted the qualifying offer, Yasmani Grandal didn’t, and that was about the only thing of significance.

The reports surrounding the Dodgers did have significance. It appeared as if the front office was discussing various different trades with various different destinations. On Friday, Dec. 21, the team finally made the first move.

As you have undoubtedly heard by now, the Dodgers traded Yasiel Puig, Alex Wood, Matt Kemp, Kyle Farmer and cash to the Cincinnati Reds in exchange for Homer Bailey and prospects Jeter Downs and Josiah Gray.

Downs and Gray are significant prospects that are highly touted among scouts. Downs is now the Dodgers’ seventh-ranked prospect and Gray the 16th, per MLB Pipeline.

Something is up the Dodgers’ sleeve. The team would not trade three big league contributors on expiring contracts unless there were immediate plans. This was to free up some money as well as to load up on prospects to make more moves.

The Dodgers have been connected to Bryce Harper, Corey Kluber, J.T. Realmuto, A.J. Pollock and now Nick Castellanos. Out of those five, Harper, Kluber and Realmuto are the best options and here is how LA can make magic happen and land all three.