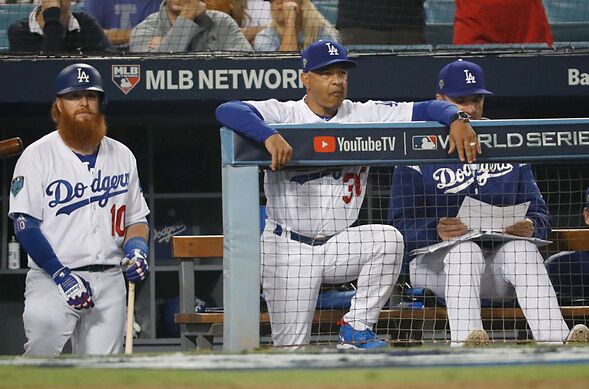 It’s the most wonderful time of the year and the Los Angeles Dodgers undoubtedly have some things that should be on a Christmas list.

Nothing is quite like the holiday season, which so happens to coincide with the MLB offseason, which gets hectic at times. Thus far, the Los Angeles Dodgers have not done much aside from signing reliever Joe Kelly but have been involved in a lot of speculation.

Most of the moves that the Dodgers are rumored to make are because of the desires of the front office, which also directly coincides with the theme of this article.

It is not too late to send Santa Claus a letter, especially for the Los Angeles Dodgers. Here are the five biggest things that the team should be putting on their Christmas list this year.

Corey Seager kind of got forgotten about in 2018. While diehard Dodger fans definitely did not forget about Seager, he did not play for most of the year and the hype around acquiring Manny Machado negated the loss of Seager to Tommy John Surgery.

Seager should be full strength and ready to go by Opening Day and Dodger fans should be ready to see their starting shortstop back on the field every day in 2019. Well, hopefully.

While this is much smaller of a worry for a position player, Tommy John is still not a perfect surgery and there are still examples of careers being derailed by surgery. While this is likely not the case with Seager, any sort of discomfort could hinder his production in 2019 and could slow his return to form significantly down.

At his best, Seager is one of the best shortstops in the game and is an MVP candidate. Here’s hoping that Tommy John Surgery does not prevent him from reaching his ceiling in 2019.