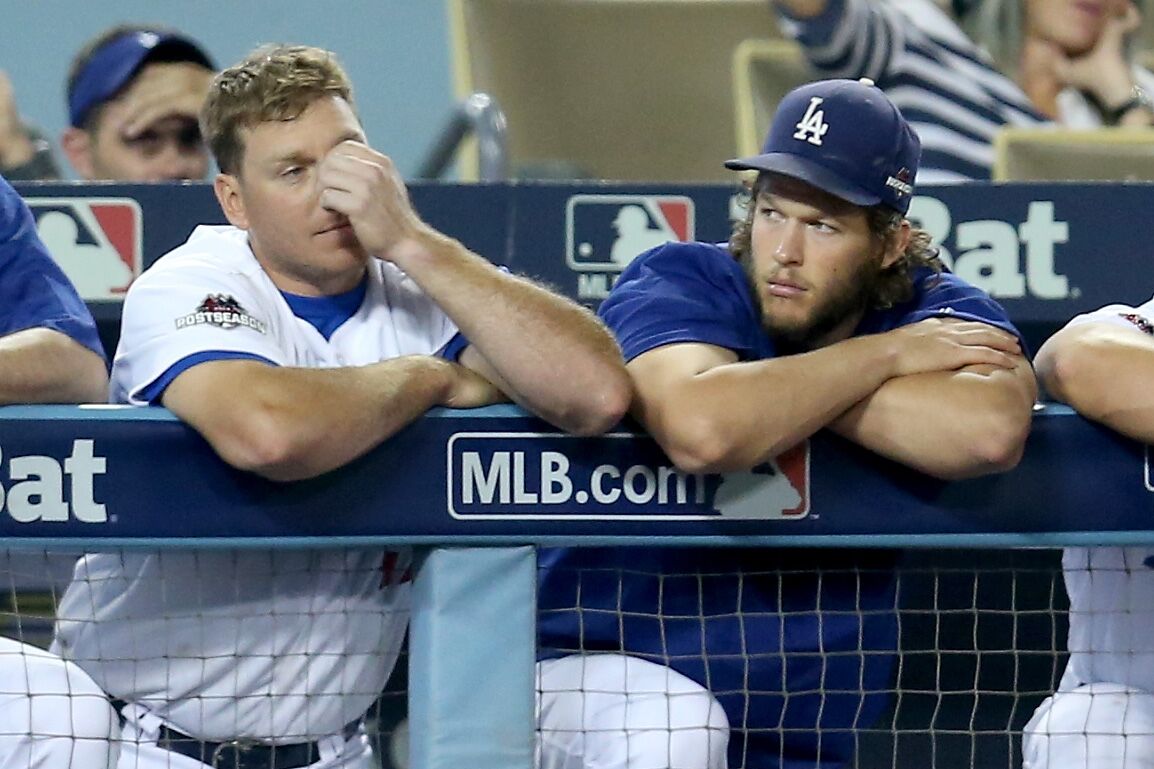 The Los Angeles Dodgers are thin at the catcher position with Yasmani Grandal being a free agent. Perhaps the team can turn to an old friend in A.J. Ellis.

The Los Angeles Dodgers have a question to answer behind the plate this season. The team’s everyday catcher from 2018, Yasmani Grandal, is now the most coveted free agent catcher available with Wilson Ramos signing with the New York Mets.

With the Dodgers’ front office’s hands in other pots, chances are that Grandal is going to find a new home in 2019. Heck, by the time you are reading this he might have already signed with a new team and we haven’t yet updated it; that is the nature of the hot stove.

In the initial stages of the offseason, it seemed like the Dodgers were going to try and get a notable replacement for Grandal. The idea of trading for J.T. Realmuto was thrown out there with other potential candidates also available.

Now, with the focus on freeing up money and potentially adding Bryce Harper, the Dodgers are not in a deep catching race. Instead, the team looks ready to trust in Austin Barnes to make the transition to a near-everyday catcher.

I don’t hate that idea either as Barnes was really good in his role in 2017 and at the very least provides good at-bats and another right-handed presence in a left-handed heavy lineup. He did have a massive RBI single against the Brewers in the NLCS that arguably shifted the entire series.

However, the Dodgers still need to look to add someone to help out Barnes behind the dish. Rocky Gale and Kyle Farmer shouldn’t be the answer and Will Smith and Keibert Ruiz aren’t yet ready for the big leagues.

Here is an interesting idea for you: A.J. Ellis.

The Los Angeles Dodgers traded A.J. Ellis in 2016 for an upgrade in Carlos Ruiz. Ruiz was a good left-handed pitching platoon and had a huge single in the NLDS against the Washington Nationals that same year.

Ellis, despite being Clayton Kershaw‘s best friend and personal catcher, was hurting the team offensively and wasn’t needed with the full transition to Yasmani Grandal.

Even though the Dodgers traded Ellis, he is actually a natural fit for this Dodgers team, would be a great clubhouse presence and is actually coming off of the best offensive season of his career.

Ellis hit .272 last season in a limited 183 plate appearances. That is a pretty small sample size but it proved something: Ellis could a quality back up as well as the personal catcher for Kershaw.

Ellis won’t be a proper platoonmate, as the starting role would be given to Barnes to run with, but is more than ample of giving Barnes a day-off every five days when it is Clayton Kershaw’s turn in the rotation.

Kershaw seems to be on the downswing of his career but is still only 30 years old and should have more than enough gas in the tank. Kershaw is 30 but seems like he is 37 and is looking for an uptick in his velocity to regain that menacing Kershaw from a few years ago.

For the first time in a long time, Kershaw seems fully healthy entering the offseason and is going to be working strictly on his mechanics and regaining velocity. Having someone like Ellis, who knows Kershaw inside and out, is going to help that transition for Kershaw to return to the Kershaw of old.

While he would only be a minimal offensive upgrade, Ellis is still good defensively behind the dish and could have a massive impact on Kershaw. Ellis is someone that Kershaw can trust; Ellis has caught 829 innings of Kershaw, to which Kershaw has a 1.97 ERA.

If Ellis flops the worst-case scenario is that it gives Will Smith some time in AAA to mature and eventually make a midseason push as Barnes’ backup catcher. Either way, this is a low-risk, high-reward acquisition for the Los Angeles Dodgers to make.