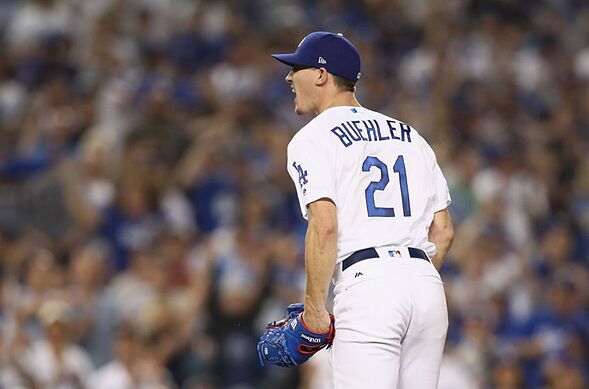 Walker Buehler took the Los Angeles Dodgers by storm in his rookie season in 2018 and is going to follow it up with an even better sophomore year.

The Los Angeles Dodgers have been so great over the last six years because of the one constant on an ever-changing roster: strong solid pitching. The Dodgers got another great arm last year that is going to be one of the fundamental pieces for the next decade: Walker Buehler.

Buehler was the Dodgers’ top pitching prospect entering 2018 and quickly found himself with a role on the big league ball club. Despite struggling in limited appearances in 2017, Buehler looked stellar in Spring Training and followed that when he got the call in April.

Buehler’s first start was a good one, pitching five innings while striking out five. He allowed four hits, walked three and did not let a single run across the plate.

That would be a nice opening salvo for what was an extremely productive rookie season for Buehler. Buehler pitched in the crucial game 163 to take the NL West, throwing six and two-thirds one-hit innings and became one of the most trusted arms in the postseason.

While he struggled in his first career postseason start, he followed that with three fairly good outings, in particular, his second start in the NLCS and his lone World Series start.

Buehler went from Rancho Cucamonga all the way to Los Angeles in 2017 and became the Dodgers true number two arm behind Clayton Kershaw (with some saying he is the ace) in 2018.

There is only more in store for Buehler in 2019. Here are three bold predictions for Buehler’s 2019 campaign.