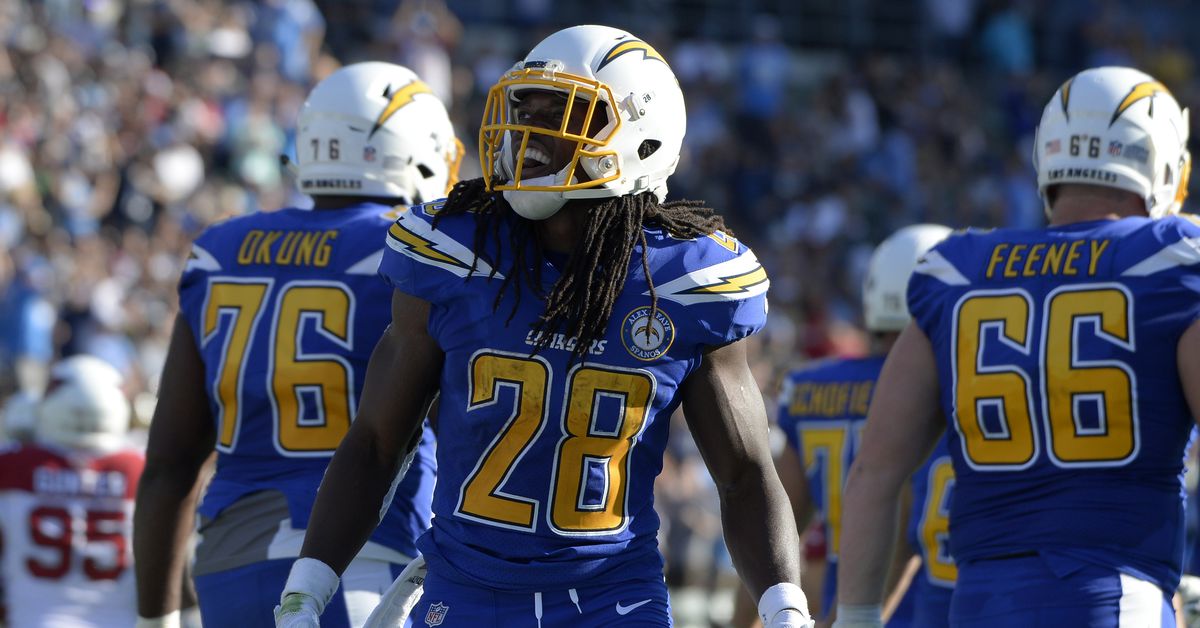 Melvin Gordon, the Los Angeles Chargers’ star running back, suffered an injury during the third quarter of the team’s week 12 game against the Arizona Cardinals. Since he went down, the Chargers have won three consecutive games including two incredible comebacks on the road in Pittsburgh and Kansas City.

Without Gordon, the Chargers initially turned to their RB2, Austin Ekeler, but then he, too, was lost to injury. In week 15, the Chargers offense had to rely on rookies Justin Jackson and Detrez Newsome. That collection of backs has helped fuel an offense that has averaged over 29 points per game.

Despite that offensive and team success, the Chargers have to be incredibly eager to get Gordon back. The impact of Gordon on the offense as a whole, but especially the red zone offense, cannot be overstated. The team has a noticeably different energy when he is in the lineup. Luckily, it appears that he is ready to make his return this coming weekend against the Baltimore Ravens. Ian Rapoport of NFL Network reported this news via Twitter earlier today.