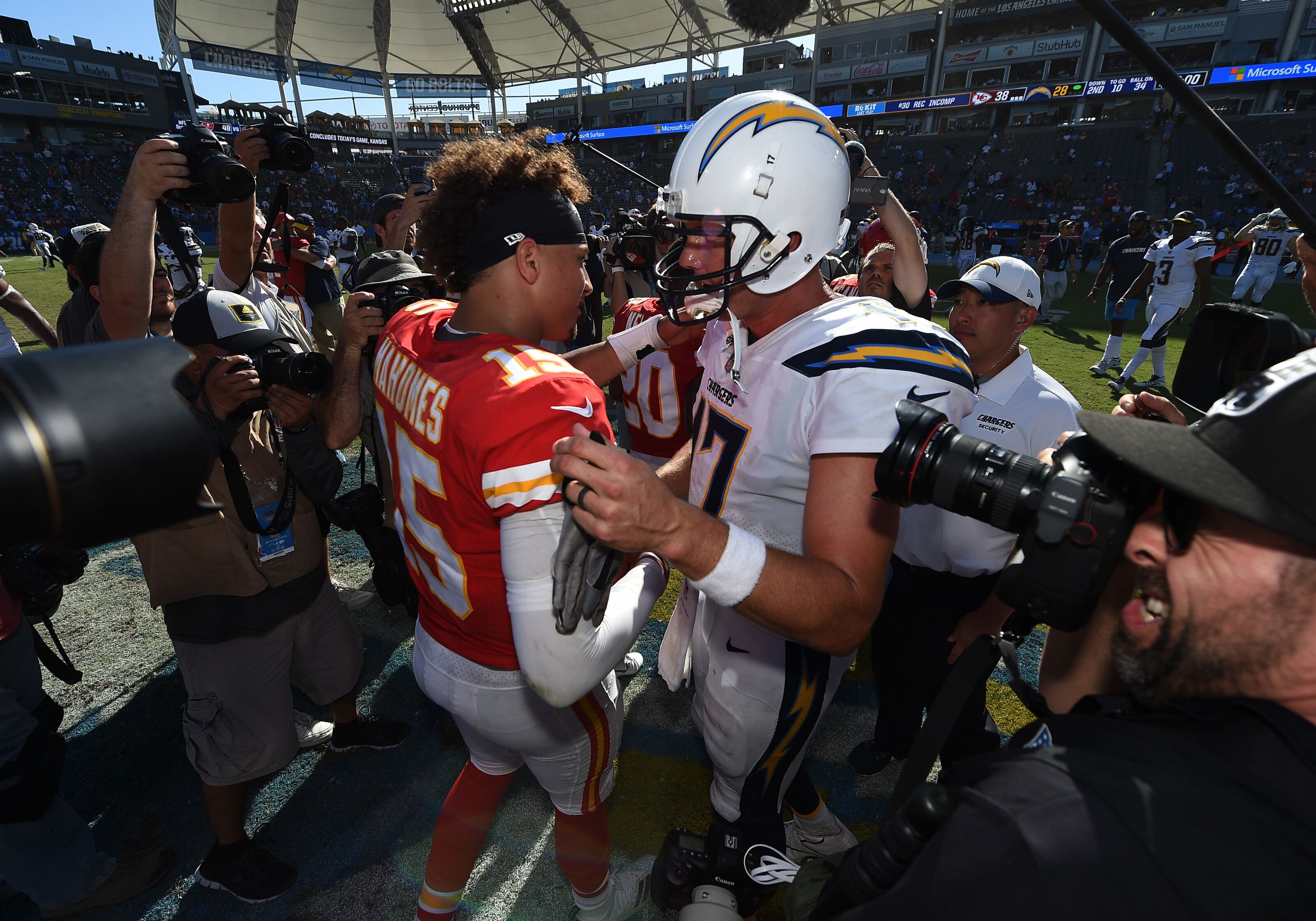 The Los Angeles Chargers ensured that the AFC West would still be up for grabs in the last two weeks of the season and can still finish as the AFC’s no. 1 seed.

A loss to the Kansas City Chiefs in Week 15 would have shut the door on the AFC West for the Los Angeles Chargers. Kansas City would have jumped out to a two-game lead in the division and owned the tiebreaker.

Right now, the Chiefs still control their own destiny when it comes to the AFC West. Although the Chargers defeated the Chiefs, Kansas City still has a better divisional record and has the tiebreaker over the Chargers.

That means that there is a world in which the Los Angeles Chargers finish 13-3, tie for the best record in the AFC and still don’t get a first-round bye and have to play on Wild Card Weekend.

The Chargers need the Chiefs to drop one of their last two games and need to win out themselves. Kansas City wraps the season up against the Oakland Raiders, which should be a breeze, but has a tough game in Seattle in primetime on Monday Night.

That is the game that every Charger fan is looking forward to. If the Chargers can defeat the Baltimore Ravens on Sunday, it will put massive pressure on the Chiefs to get it done in Seattle. If the Chargers lose against the Ravens, although it won’t be concrete, their AFC West chances will practically be out the window.

The Chiefs losing in Seattle and the Chargers winning out isn’t absurd and certainly is something that can happen. If that does happen, the MVP focus should shift from Patrick Mahomes to Philip Rivers.

Now, we are kind of skipping over Drew Brees and the 12-2 New Orleans Saints here but at the end of the day, Brees has not been impressive at all the last few weeks. Brees has seen his MVP stock plummet the last three weeks, combining for 531 yards, two touchdowns and three interceptions.

The Saints are 2-1 in that span but nearly dropped games to the Tampa Bay Buccaneers and Carolina Panthers.

Meanwhile, in Rivers’ last three games he has two huge come-from-behind wins on the road against playoff teams. Narrative is everything in the MVP discussion and Rivers is going to benefit from that narrative. Over that span, Rivers has thrown for 832 yards with five touchdowns and two interceptions.

I understand the argument of Rivers having more interceptions and five percent worse of a completion percentage but I do not think that is enough to automatically put Brees ahead of Rivers.

Again, narrative is everything and Rivers has three tough road wins against playoff teams (Seahawks, Steelers and Chiefs) while Brees’ only playoff wins are against the Vikings, Ravens and Rams, with the Rams and Ravens win coming at home.

Rivers also has not had a dud of a game like Brees, who has had a few. Rivers has thrown for over 200 yards in every single one of his outings and his worst quarterback rating in a single game was actually last week against the Chiefs (89.0).

Meanwhile, Brees has had three games with under 200 yards passing four games worse than Rivers’ worse game, in terms of quarterback rating. Brees’ stats are padding by great games against weak opposition (Buccaneers, Falcons and Redskins), while Rivers has been consistent throughout.

Now onto Patrick Mahomes. It is hard to make as strong of a case against Mahomes as he leads the league in passing yards and is probably going to hit 50 touchdowns in his rookie season. Only two quarterbacks in NFL history (Tom Brady and Peyton Manning) have ever hit 50 touchdown passes in a season.

However, if Mahomes goes out and does not play great in Seattle and the team losses to the Seahawks, that is going to significantly hurt his chances. He hasn’t been great against the Chargers in either game and that track record could hurt his chances when it comes to how valuable he is.

Plus, it is going to be hard to give the award to the quarterback that lost to Philip Rivers at home (despite Rivers throwing two picks, nonetheless) and blowing a division lead with three weeks left in the season. How can you not give Rivers the award if the team finishes 13-3 and dethrones the mighty Kansas City Chiefs?

It is impossible. With Rivers already being a better MVP candidate than Drew Brees, an AFC West Title for the Los Angeles Chargers should guarantee Rivers his first MVP award.