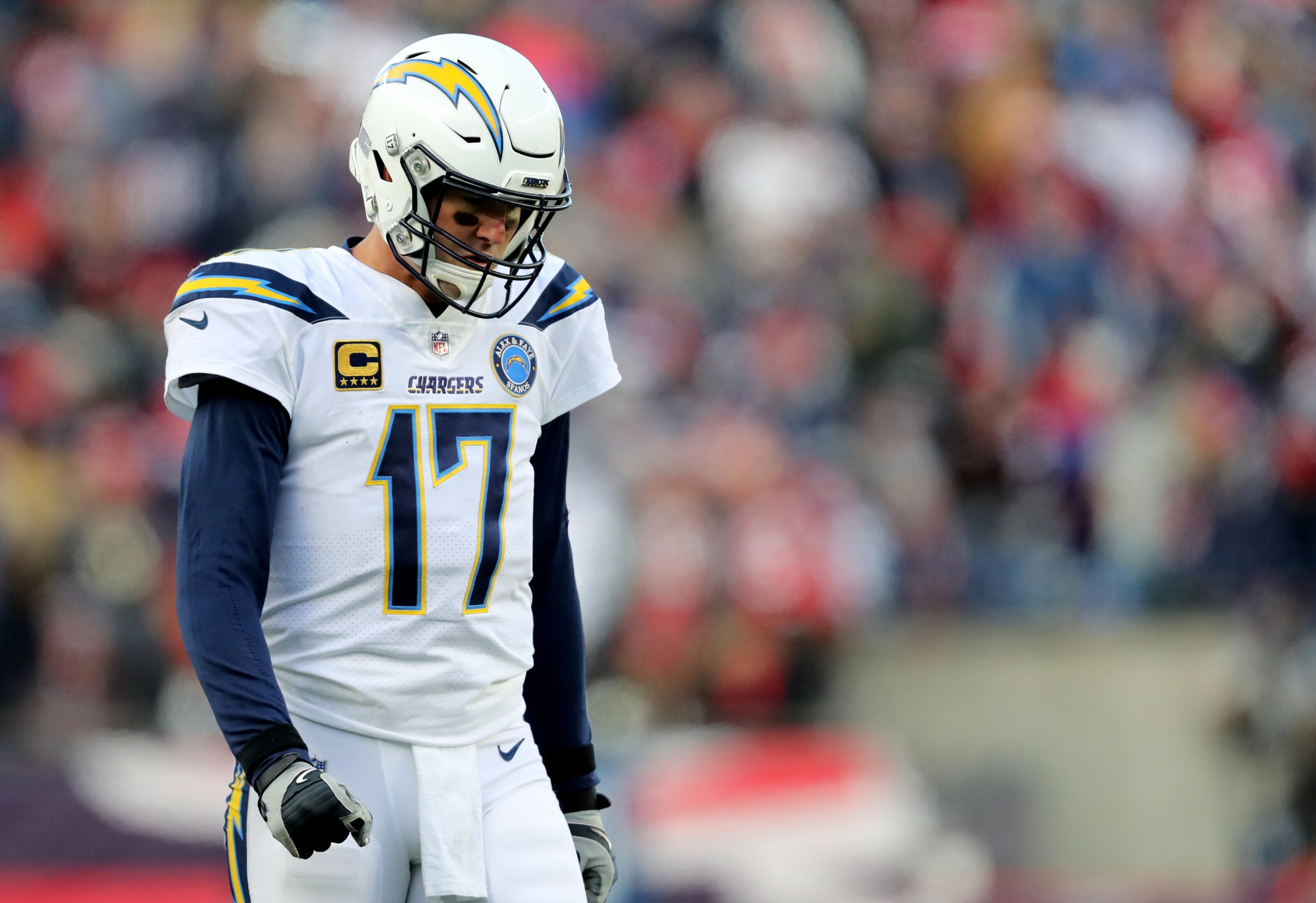 The Los Angeles Chargers fell flat in the AFC Divisional Round after a great year in which many people thought it would be Philip Rivers’ year.

The Los Angeles Chargers were the best team to root for if you had no dog in the race in 2018. Not only did they serve as a breath of fresh air, but the way that the team played was also just so fun to watch.

From a minuscule soccer stadium in LA to Seattle, Pittsburgh and Kansas City, even to London, the Los Angeles Chargers played their football. They went into places that teams just don’t win in and won. They shocked the world. There was no reason to think that the Chargers couldn’t beat anyone.

Then the team fell flat. The New England Patriots came out and had the perfect gameplan, leaving the defense completely helpless. Some woefully bad-timed penalties and a muffed punt later and the Chargers were down 35-7 at halftime.

Even these Chargers could not come back from that. Suddenly everyone turned from being the Chargers biggest fan to pointing out that this is a team that always chokes in the playoffs. Despite this being an entirely different group of guys, everyone somehow saw this coming just because they are the Chargers.

That I can live with. Fans and analysts alike are going to say that about every team that loses. Because at the end of the day, there is only one winner per year. Unless your team recently won the championship, you can make that “can’t win the big game” argument about any team.

The thing that bugged me the most was the idea that this was Philip Rivers last chance at glory. After a Hall of Fame career in which he has played on some really bad teams, this would be Rivers last chance to finally host the Lombardi Trophy.

It’s not. And that is not even close to being the truth.

Father time is not on Rivers’ side. He is 37 years old and is entering his 14th season as a starting quarterback, without missing a game, nonetheless. There is a ticking clock on Rivers that is getting closer and closer to midnight.

However, as we have seen from other elite quarterbacks, there is no reason that Rivers cannot produce at a high level for another three years. With the right team around him, Rivers easily can do this until he turns 40 in December of 2021.

Three years is a long time in the NFL as the common dynasty (I.E: The Legion of Boom) usually lasts around four to five years. The Chargers fit that window perfectly, this is just the first year of greatness.

Aside from Rivers, the entire roster is young and is ready to compete. Los Angeles had three All-Pros on the defense; one a rookie, one a second-year player and one in his fifth year at 26 years old.

That still does not take into account Joey Bosa, Melvin Ingram, Casey Hayward, Justin Jones, Uchenna Nwosu and the countless number of contributors on the defensive side of the ball that have plenty of gas in the tank.

On the offensive side of the ball, the Chargers are just fine. Melvin Gordon is just entering his prime years, Austin Ekeler is young and the team has its wideout of the future in Mike Williams. Tight end Hunter Henry is young and ready to rock next season.

Keenan Allen still has at least three years of elite play left in him. While the Chargers’ offensive line was bad, they have young guys that just need to get healthy.

Heck, the team finally even has a kicker.

And let’s not forget that the Los Angeles Chargers have not traded away any draft picks and have arguably been the best drafting team of the last four years.

Was it crazy to expect a second-year head coach and a team with very little playoff experience outside of Rivers and Antonio Gates to win the Super Bowl? Perhaps. But it is even crazier to think that 2018 will be the last time we hear of these Super Bowl-caliber Los Angeles Chargers.