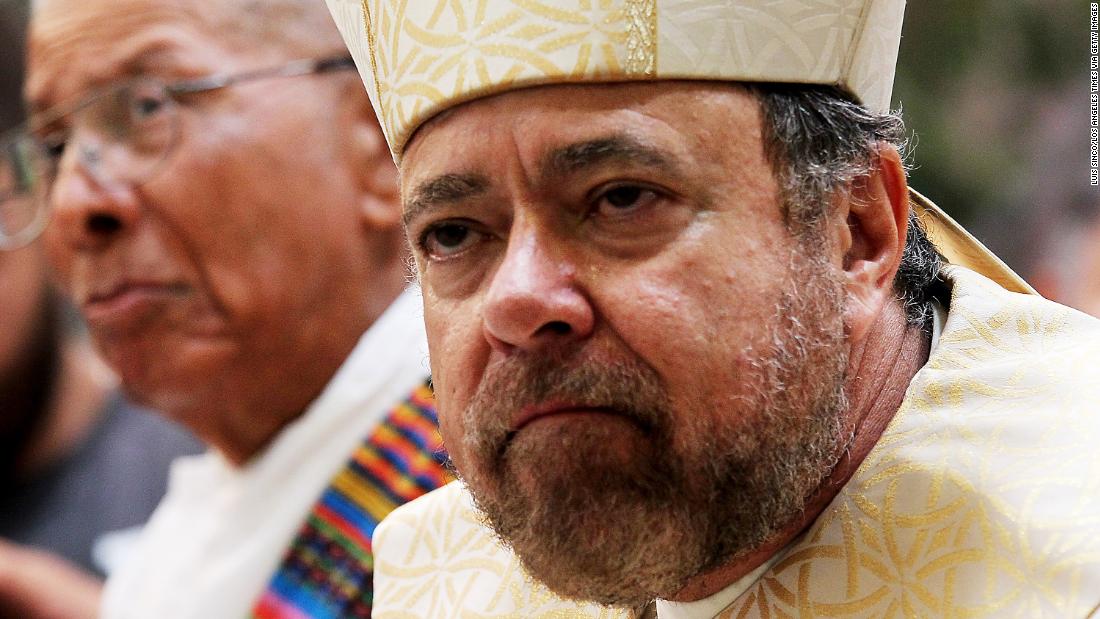 Salazar most recently was vicar for the Office of Ethnic Ministries of the Archdiocese of Los Angeles, Gomez said.

“I regret to inform you that in 2005, a year after he had been ordained a bishop, the Archdiocese was made aware of an allegation against Bishop Salazar of misconduct with a minor,” Gomez said in the statement.

Gomez said the accusation against Salazar stemmed from alleged misconduct in the 1990s when he was a parish priest and not an ordained bishop.

“Although the allegation was never directly reported to the Archdiocese, it was investigated by law enforcement in 2002, and the District Attorney did not prosecute,” the archbishop said. It was not immediately clear why the case wasn’t prosecuted.

The archbishop did not provide details of the alleged misconduct. But he said Salazar has consistently denied any wrongdoing.

“In the interest of due process, I requested and received permission from the Congregation for Bishops at the Holy See to submit the allegation to the Archdiocese’s independent Clergy Misconduct Oversight Board,” Gomez said. “The Board found the allegation to be credible.”

Salazar, 69, was born in Costa Rica and later moved with his family to the United States, according to the US Conference of Catholic Bishops.

He entered St. John’s Seminary in Camarillo, California, and was ordained as a priest in 1984.

In 2004, Salazar was appointed as auxiliary bishop of Los Angeles and titular bishop of Nesqually by Pope John Paul II.

Catholic bishops in the United States have been heavily criticized for failing to hold themselves accountable for the abuse of children.

a series of reforms

CNN’s Rosa Flores and Daniel Burke contributed to this report.