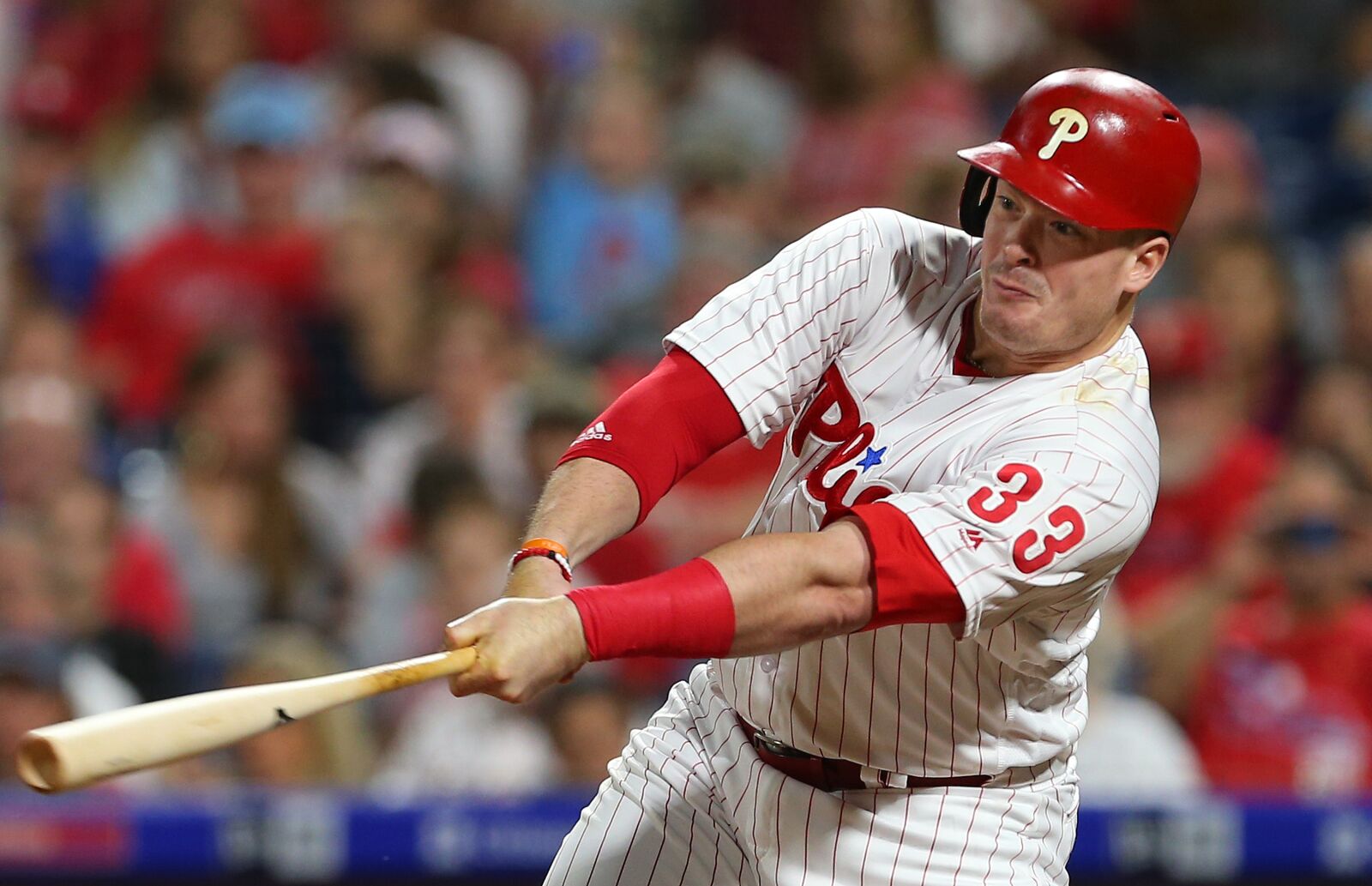 The Los Angeles Angels made the upgrade at first base that the front office was looking to make, however, it is nothing but a minimal upgrade.

The Los Angeles Angels were looking to make an upgrade at first base this offseason in order to fill out a roster that can hopefully contend for a postseason spot in 2019. The Angels made that upgrade by bringing in former Marlin and Phillie, Justin Bour.

Bour was one of the cheaper options on the market, which is evident from his one-year, $2.5 million deal. If Bour was playing at the level he was a year and a half ago, he would have been one of the more intriguing power options available on the market.

However, that was not the case. Bour was not great in Miami last season and was even worse after he was traded to the Phillies. Overall, Bour hit .227 with 20 home runs and 59 RBIs.

In a day in age where home runs are not hard to come by, those are not impressive stats, really, at all.

Bour is not going to be a significant upgrade from Albert Pujols, who is seeing his overall production falling. Pujols also is not great defensively and with Shohei Ohtani not pitching at all in 2019, will likely be asked to field first base a lot.

Bour is not a great fielder, either, and really is a left-handed hitting version of Pujols, production-wise. With the similarity between the two guys, it is obvious that Bour is not necessarily and upgrade and was just a minimal piece added to fill out the roster.

Bour’s value comes in being a platoon to play first alongside Pujols. Pujols is going to get starts at first base against left-handed pitching (or could even DH if the matchup is not great for Ohtani) with Bour getting the starts against right-handed pitching.

Bour has been decent against right-handed pitching in his career and pretty terrible against southpaws. His OPS dips from .853 to .639 and his batting average dips from .269 to .220. In 353 plate appearances against left-handed pitching, Bour has just eight home runs.

While Bour is a smart addition to help fill out the roster, fans of the Los Angeles Angels should not be overly excited for someone that is no more than a platoon piece. At the end of the day, this looks like it could be another signing of a guy that was once good and has already peaked.