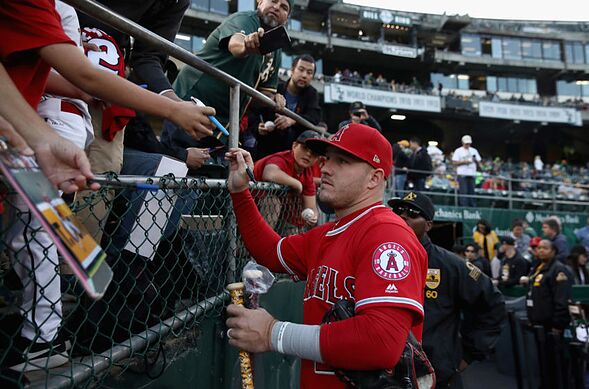 The Los Angeles Angels already have what most teams want in Mike Trout. However, the team still has some big things that should be on the Christmas list.

The Los Angeles Angels struck gold with Mike Trout. The first round pick has turned into the best baseball player on the planet and is going to go down as one of the greatest MLB players of all-time.

Trout is already putting together unprecedented amounts of success and if the Angels were more successful, would likely have more MVP awards under his belt. While two MVPs is nothing to scoff at in seven full seasons, Trout has finished second in MVP voting four times with his worst finish coming in 2017 (fourth).

Even with Trout leading the way, the Los Angeles Angels have some select things that they should be asking for this Christmas. Starting with something related directly to Trout:

It does not matter how much success the Angels have had in the last decade (spoiler alert: none), you still want to keep a generational talent like Mike Trout around. Trout is obviously not the reason for the Angels’ lack of success and if anything, has kept the team afloat this long.

However, with that lack of success also comes a lack of confidence in the Angels being able to lock Trout down past 2020. Trout has two more years left on his deal with the Angels and is going to be set for the largest contract in sports history when he is a free agent entering his age 29 season.

For the most part, it seems like Trout really like the Angels organization and might actually be interested in crafting an entire career out in one place. We know that the Angels are not scared to throw money towards anyone and could offer Trout half a billion dollars.

The Angels want Mike Trout to be a lifetime Angel and that is probably going to take a 14-year, $500 million deal. But you know what, it is worth it for someone that could go down as the greatest player of all-time.