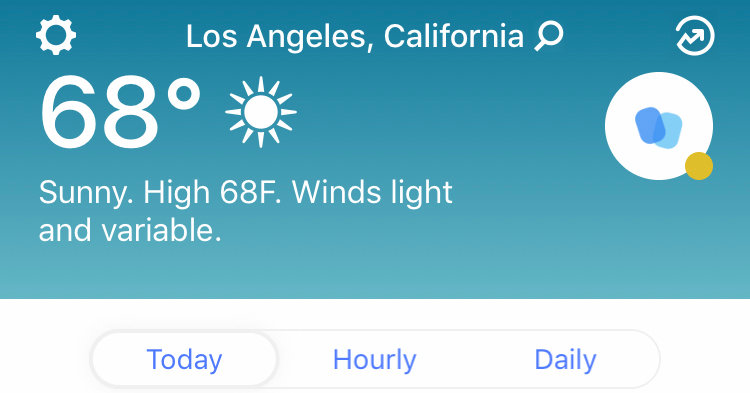 The Weather Channel app deceptively collected, shared and profited from the location information of millions of American consumers, the city attorney of Los Angeles said in a lawsuit filed on Thursday.

One of the most popular online weather services in the United States, the Weather Channel app has been downloaded more than 100 million times and has 45 million active users monthly.

The government said the Weather Company, the business behind the app, unfairly manipulated users into turning on location tracking by implying that the information would be used only to localize weather reports. Yet the company, which is owned by IBM, also used the data for unrelated commercial purposes, like targeted marketing and analysis for hedge funds, according to the lawsuit.

The city’s lawsuit cited an article last month in The New York Times that detailed a sprawling industry of companies that profit from continuously snooping on users’ precise whereabouts. The companies collect location data from smartphone apps to cater to advertisers, stores and investors seeking insights into consumer behavior.

The Times found that at least 75 companies collected precise location data — on at least one occasion logging a person’s whereabouts more than 14,000 times in just one day. Yet many of the pop-up notices that apps showed to prompt consumers to enable location services only partly disclosed how their data would be shared and used. The Los Angeles lawsuit says such incomplete messages are “fraudulent and deceptive” and violate California’s Unfair Competition Law.

“If the price of getting a weather report is going to be the sacrifice of your most personal information about where you spend your time day and night,” said Michael N. Feuer, the Los Angeles city attorney, “you sure as heck ought to be told clearly in advance.”

An IBM spokesman, Saswato Das, said, “The Weather Company has always been transparent with use of location data; the disclosures are fully appropriate, and we will defend them vigorously.”

The lawsuit was filed amid mounting public concern and government scrutiny over how tech companies collect, use and share consumers’ personal details. After a spate of scandals — including Facebook’s sharing of user data with third parties — federal lawmakers are preparing to introduce consumer privacy legislation this year.

Regulators consider precise location data to be particularly sensitive because it can reveal intimate details about people’s lives, including visits to doctors’ offices, places of worship and participation in political protests.

In the complaint, the city attorney excoriated the Weather Company, saying it unfairly took advantage of its app’s popularity and the fact that consumers were likely to give their location data to get local weather alerts. The city said that the company failed to sufficiently disclose its data practices when it got users’ permission to track their location and that it obscured other tracking details in its privacy policy.

“These issues certainly aren’t limited to our state,” Mr. Feuer said. “Ideally this litigation will be the catalyst for other action — either litigation or legislative activity — to protect consumers’ ability to assure their private information remains just that, unless they speak clearly in advance.”

The suit seeks civil penalties of up to $2,500 for each violation of the Unfair Competition Law. In such cases, a judge determines the number of violations and amount of the penalties. Given the number of California residents who may use the Weather Channel app, the penalties could add up to millions of dollars if the city wins the case.

The Los Angeles city attorney’s office frequently takes on consumer-protection cases. In 2015, it sued Wells Fargo under the same law for opening unauthorized accounts, obtaining a $50 million settlement in 2016.

Your Apps Know Where You Were Last Night, and They’re Not Keeping It Secret

How to Stop Apps From Tracking Your Location

How Game Apps That Captivate Kids Have Been Collecting Their Data