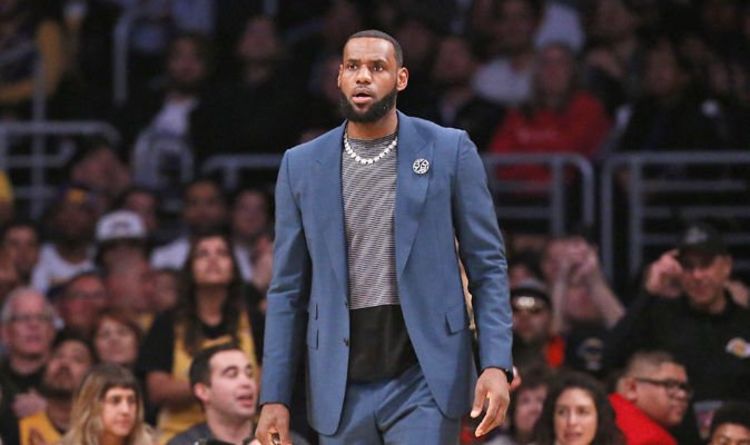 That is the astounding belief of NBA expert Skip Bayless.

James is still recovering from a groin strain suffered on Christmas Day against the Golden State Warriors.

And in his absence, the Lakers have struggled.

Going into Thursday night’s game against the Oklahoma City Thunder, the Lakers had won four games without the superstar, and lost seven times.

He will also miss Saturday night’s game against the Houston Rockets, ahead of a potential return next week.

His agent, Rich Paul, told NBA expert Chris Broussard that if the Lakers were in the playoffs right now, James would be back to help out the team.

And Bayless explained on the Fox Sports ‘Undisputed’ show that he believed James doesn’t want the Lakers to do well while he is away, so that he looks better.

“LeBron is watching this very closely and thinking ‘you know what? this isn’t irreversible.’

“He can now go on the MVP run.

“He’s doing it with no help, he has no help.

“They beat Golden State 127-101, what a way for him to exit stage left before coming back after 14 games.

“I think he’ll come back for the Phoenix game, that would be the perfect way for him to dive back into the water.

“It’s the perfect way to ease back into it.

“I think it’s set up for LeBron James to win the MVP award, but right now it’s James Harden, and it’s not even close.”