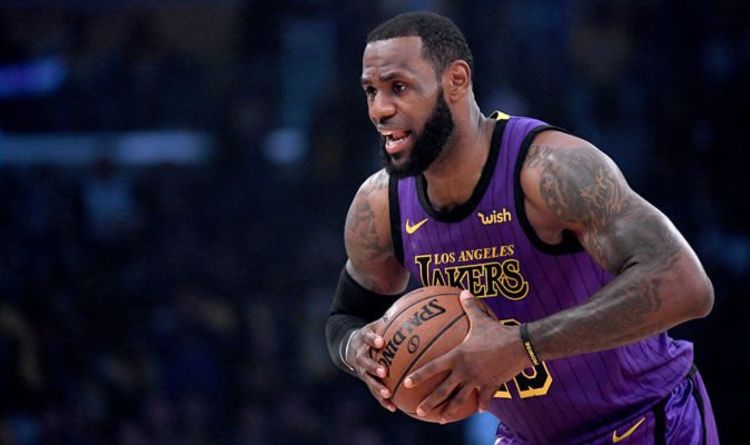 James is a long-term rival of the Warriors having played against them for Cleveland Cavaliers in the last four NBA Finals.

But now the small forward has jumped ship to try and help the Lakers challenge for the NBA Championship.

Luke Walton’s side are sitting pretty in the playoff places but James wants his side to keep their feet on the ground.

He says the Warriors are the heavy favourites for the match-up tomorrow and does not want any comparisons drawn between the two teams.

“We can’t measure ourselves against them,” James said.

“They have won three out of four Championships over the last few years so you can’t measure ourselves versus them.

“We just need top continue trying to get better.

“We took a little step backwards today but we have to get better for Tuesday.

“It is not a measuring stick.

“I don’t look at it as a special match up. We are a team that is trying to get better every week and they are a team trying to figure out how to win another Championship.

“That is our ultimate goal but we have got thing to do in-between that.”

James was speaking after the Lakers lost to Memphis Grizzlies last night.

The 33-year-old only scored 22 points but he is not concerned by the low numbers.

“The shots are always there for me but I just play the game,” he added.

“I play the game the right way and try to feed the guys. I was drawing the defence and playing a few pocket passes to give my guys the ball.

“I always say for me, shooting the ball and scoring never dictates my game.”