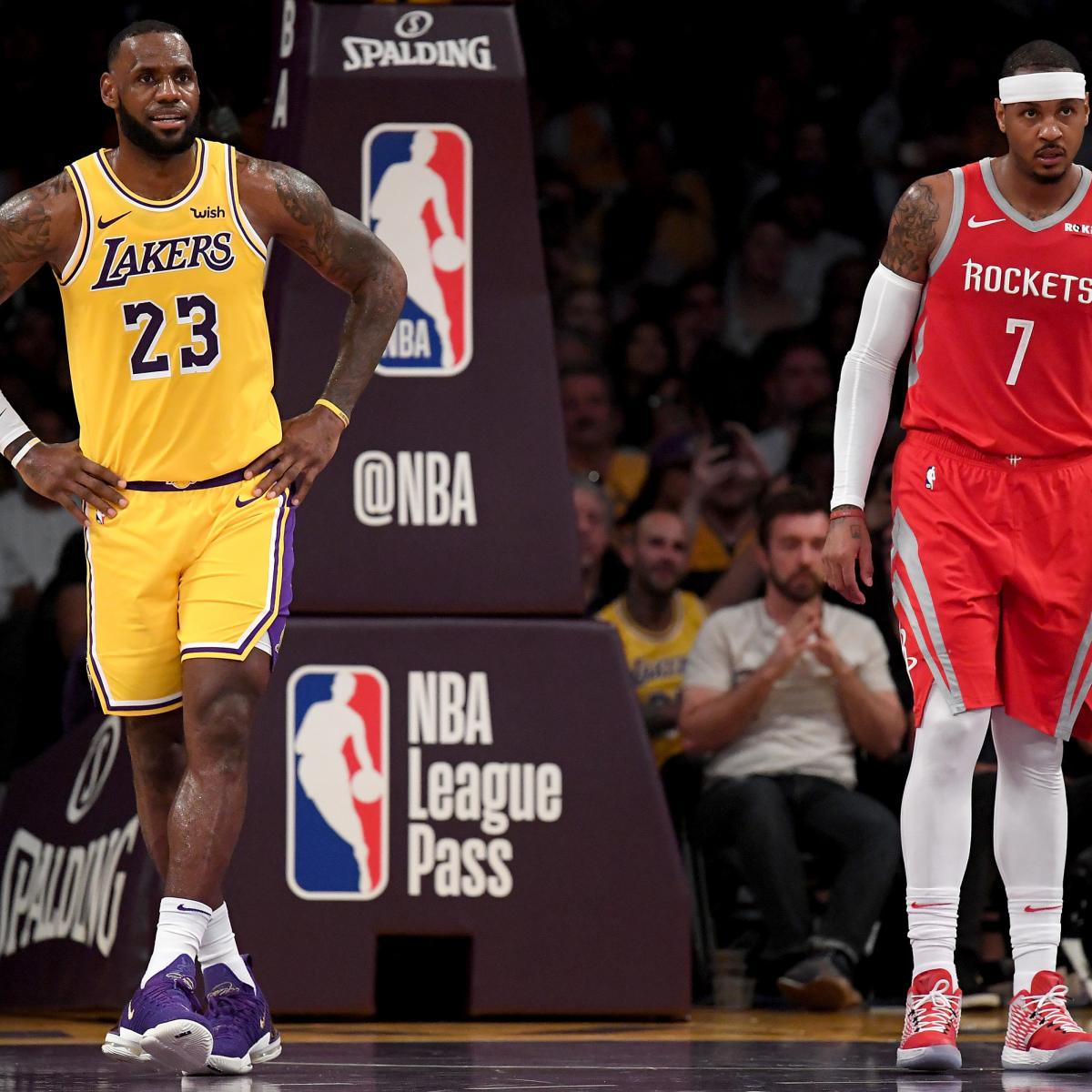 Los Angeles Lakers forward LeBron James told Rachel Nichols of ESPN that “it would be great to have Carmelo Anthony be on the Lakers” in an interview that aired Monday.

The full question and answer is below via an ESPN transcript.

“The same night that you talked about Anthony Davis, you also said that ‘obviously’ you wanna play with Carmelo Anthony at some point in your career,” Nichols asked. “What do you think it is like to be the general manager of a team you’re on and wake up the next morning to all those quotes?”

“I don’t know. I mean, listen, it’s just my opinion. But it’s not like I lit a fire in anybody’s ass. It’s just my opinion. People ask me questions, ‘Hey, how do you feel …’ and you know, I think it would it be great to have Carmelo Anthony be on the Lakers. I believe Melo can still play the game. I believe I can help Melo. I know Melo better than Melo knows himself at times, and vice versa. So if the opportunity presents itself I would welcome it. That’s what it all boils down to.”

Anthony is still technically a member of the Houston Rockets, but he and the team separated after only 10 games. He’s a 10-time All-Star and a future Hall of Famer, but Anthony’s game has cratered since he joined the Oklahoma City Thunder in 2017. He shot a career-low 40.4 percent from the field, and his player efficiency rating plunged to 12.7, per Basketball Reference. (His previous career-low was 16.7.)

The ex-Syracuse star joined the Rockets in 2018, but his struggles continued in Houston. He shot only 40.5 percent overall and 32.8 percent from three-point range. He also had a career-worst 114 defensive rating, per Basketball Reference.

Anthony seems to be entering the twilight of his career, but if any player can help give him a second wind, it’s James. The two have been close for years and won Olympic gold medals together for Team USA basketball in 2008 and 2012.

Anthony’s defensive woes are a legitimate concern, but he could be worth a flier for the Lakers nevertheless. If playing alongside James rejuvenates Anthony, he might be able to provide a nice scoring boost off the bench for L.A.