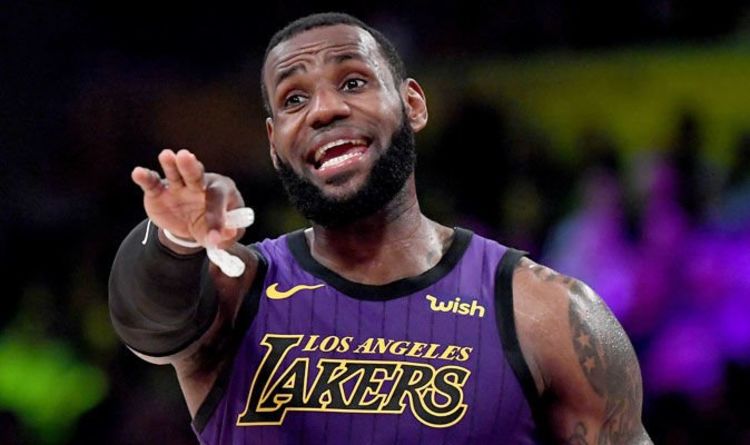 That is the verdict of NBA analyst Sekou Smith.

LeBron and the Los Angeles Lakers take on the reigning NBA champions, the Warriors, on Boxing Day at 1am UK time (5pm PT).

While the Lakers have turned things around recently under Luke Walton, four-time MVP LeBron doesn’t have a great record against the Warriors and was on the Cleveland Cavaliers side that was swept 4-0 by the Warriors in the NBA Finals back in June.

And Smith thinks the Warriors have stopped LeBron being an even better player than he already is.

“I’m expecting there to be fireworks when LeBron comes up against the Warriors,” Smith said on GameTime Live.

“They are his nemesis.

“This is the team that has kept him from brandishing a legacy that has even greater than the one he is.

“He has to have that on his mind!”

Meanwhile, Lakers could be without JaVale McGee when they visit the Oracle Arena.

The centre was discharged from hospital last Saturday after being taken in with a fever.

He said: “That’s the only thing, the only game I’ve been thinking about while being bedridden is the Christmas Day game.

“No offence to the other teams, but that’s really important to me.

“I’ve got to get better for that game.

The Lakers are currently fifth in the Western Conference.