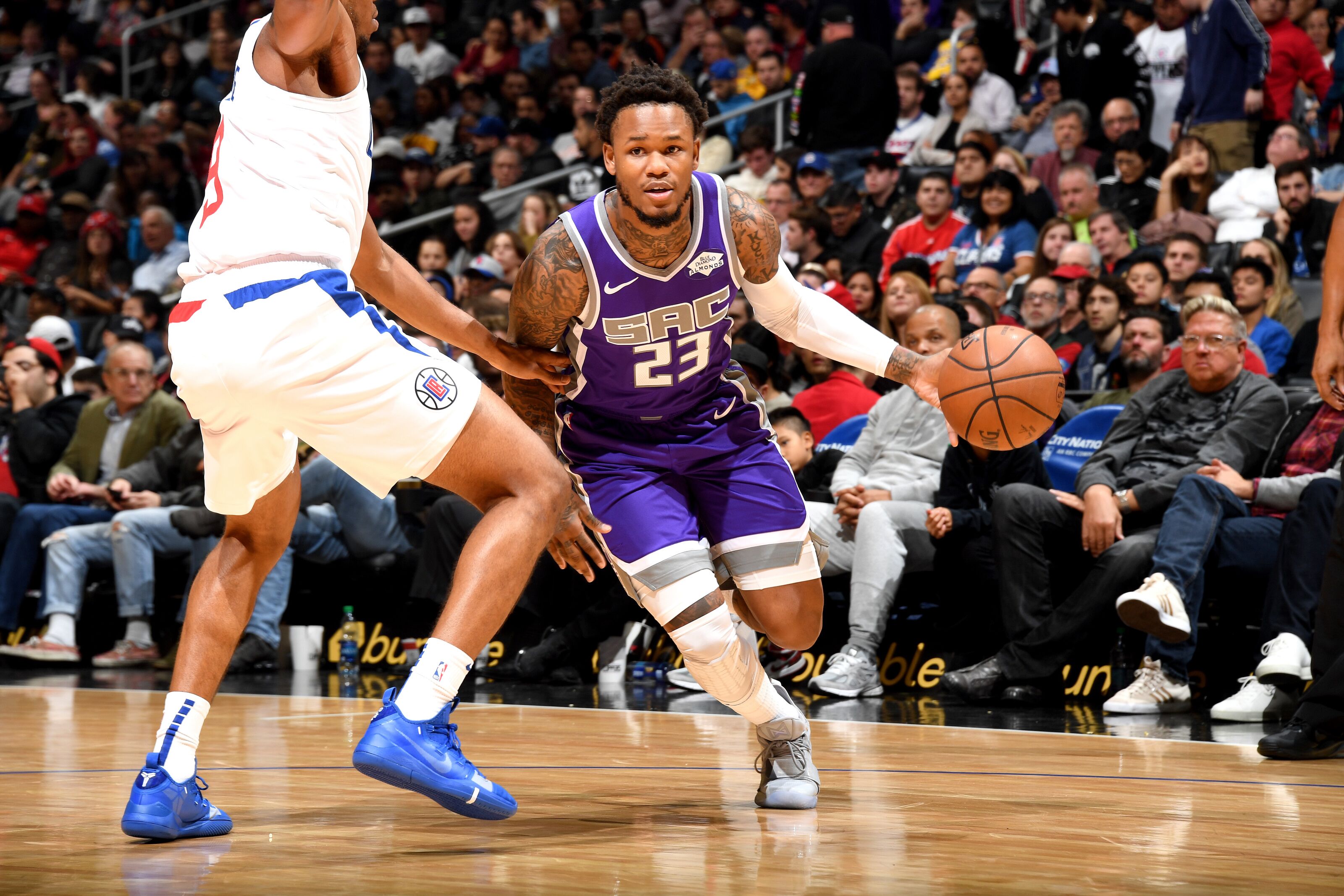 Are you not entertained? The Sacramento Kings, despite being down 118-91 with 8:14 to play, actually made this a game against the Clippers. Did I mention not a single starter played during their 27-3 run at the end?

The Sacramento Kings should’ve been blown out in this one and they were, until they weren’t. The Kings fell behind early in the first and never sniffed the lead until under four minutes to play in the fourth. Early shooting struggles (0-9 3PT, 11-28 FG) led to the Clippers jumping out to a 39-27 lead in the first quarter.

The second and third quarters, were much of the same with Sacramento unable to get their shots to fall before showing a little life at the end of the third. The Kings were able to cut Los Angeles’ lead to just 10 with 3:27 left in the third, but couldn’t get closer and went into the fourth down 17.

Sacramento Kings Head Coach Dave Joerger subsequently pulled the starters and gave the reserves some run. After falling behind 27, four minutes into the quarter the Sacramento Kings went on a run for the ages.

Led by Skal Labissiere (+15), Harry Giles (+11), Ben McLemore (+15) and Frank Mason III (+14), the Sacramento Kings went on an incredible 27-3 run to cut the Clippers lead to three, but couldn’t get closer as Los Angeles closed on a 6-0 run to seal the game, not before sending #KingsTwitter into a frenzy, however.

OKAY WE HAVE AN 8 POINT GAME!! PUT THE STARTERS IN??

Ben McLemore should be starting over Buddy Hield

are you [REDACTED] kidding me right now

Boy did Harry Giles’ foul troubles come back to bite the Kings late. Giles was instrumental in the Kings’ big run, but two big fouls late in the game ultimately put this one out of reach. This isn’t to say Giles should be punished, but rather that he needs more on-court time to settle down on fouls. Hopefully tonight is the start of him playing more minutes for the Kings.

I’m certain I’m not the only one thinking it, but should Ben McLemore get some more play time for the Kings? In nine minutes of play, B-Mac went 4-6 from the field (3-4 3PT) en route to an 11-point outing, his first double-digit scoring performance of the season. Now, McLemore is only averaging 7.3 minutes per game this year, but it’s worth wondering if his solid performance tonight will earn him extra playing time.

Buddy Hield just can’t solve the Clippers. Despite being on a tear in his last seven games, Hield was stopped cold against Los Angeles tonight. In 26 minutes, Hield went 4-18 from the field and 0-6 from three. On the season, Buddy has gone 8-31 (0-13 3PT) against the Clippers and is averaging just 10.5 points, six rebounds and 1.5 assists in those games. Buddy is a budding-star, but the Clippers won’t let him be great against them.

De’Aaron Fox is a baaaaad man. Despite playing a limited role in what was a blowout loss, Fox compiled 19 points, six rebounds and nine assists in 30 minutes of play. Even when he doesn’t get his usual minutes, he gets his usual numbers. Did somebody say All-Star?