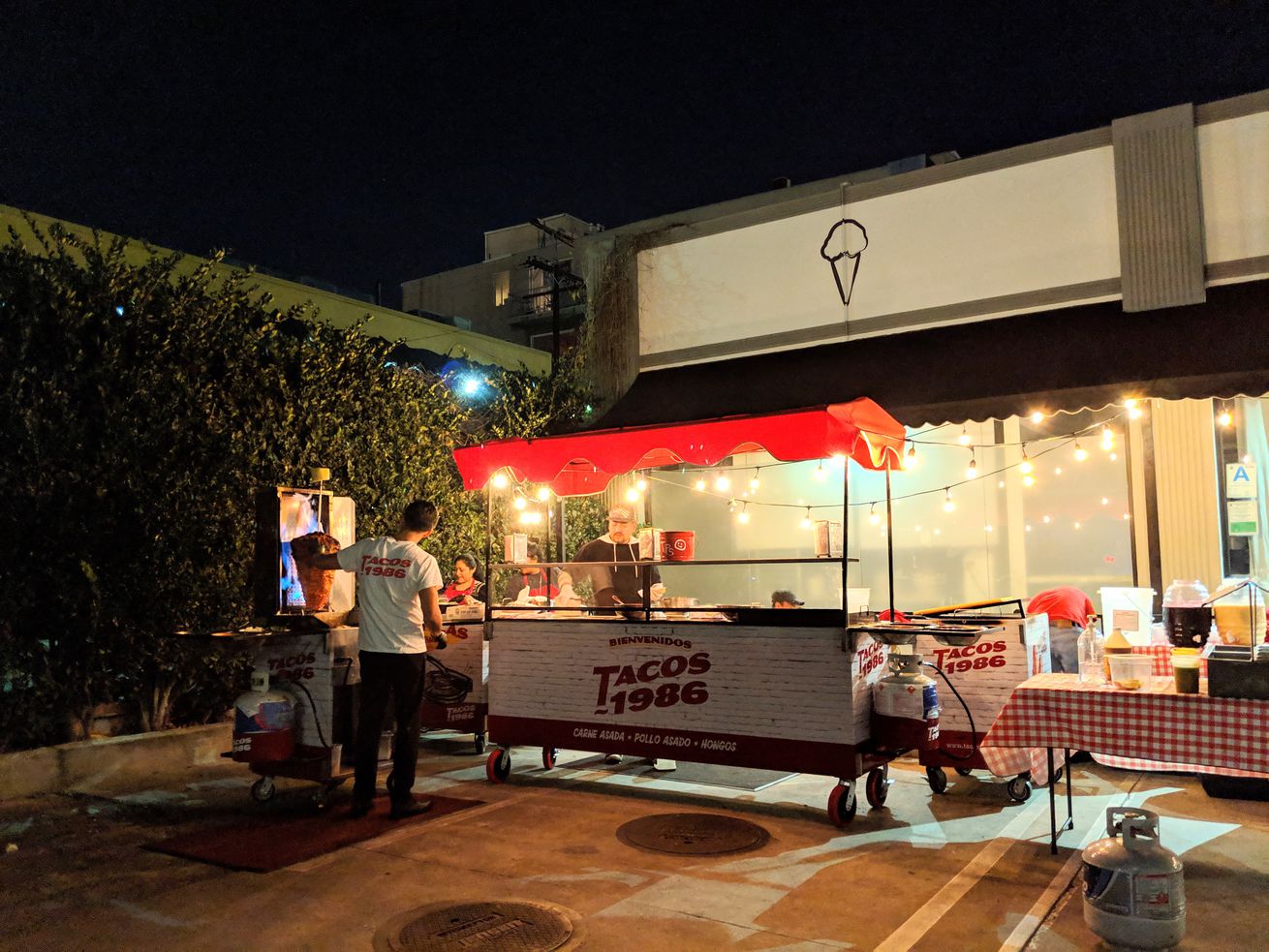 The Tijuana-style taco stand is hoping for a comeback

Just weeks after exploding onto the Los Angeles street food scene, the Tacos 1986 setup is no more. At least not at their current space off Highland in Hollywood, where high visibility and close proximity to many neighborhoods made the Tijuana-style stand a near-instant success.

The red and off-white branded Tacos 1986 stood night watch in the parking lot of The Confection Co-Op at Highland and Lexington for weeks, drawing everyone from nearby neighbors and post-club crowds to chefs and eager Instagrammers out to eat. But just this morning, ownership took to Instagram to say that the carne asada stand would need to relocate immediately, “due to unforeseen circumstances.” They’re actively looking for a new location, but so far they don’t have a line on what’s next.

Due to unforeseen circumstances, 1200 N Highland Avenue will NO LONGER be the home of TACOS 1986. We are deeply grateful to @theconfectioncoop for their support over the past few weeks and have the upmost love & gratitude to everyone that came out to give us a try! If anyone is interested in hosting our Pop-Up on their property, please feel free to reach out to us. Wishing you all a Happy Holiday Season! – Tacos 1986

Eater was among the first to cover the stand, with writer Bill Esparza saying the tacos represented some of the “purest flavors of Tijuana street food” found anywhere in greater Los Angeles. While spots like Tire Shop Taqueria in South LA made a name for the smoky carne asada, handmade tortillas, and thin guacamole style so common to Tijuana, Mexico, it has been places like Tacos 1986 bringing it to the masses.

While it’s unclear exactly what has driven Tacos 1986 away from their current location, it’s a safe bet that they’ll end up somewhere nearby soon. In fact, they’re openly asking folks to help find them a new location. And, considering LA’s official approval of language meant to legalize street food, here’s to hoping they can safely stick around their eventual new home for a long, long time.