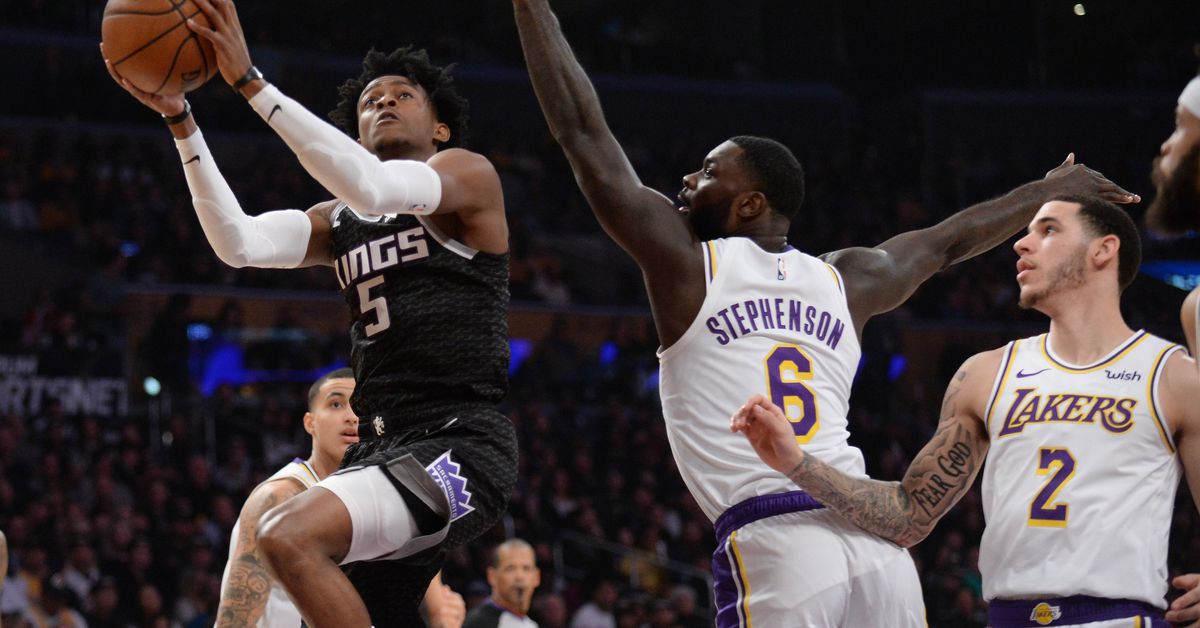 The Sacramento Kings were minutes away from ending 2018 with 20 wins and beating the Los Angeles Lakers twice in a few days, which would’ve been lovely. However, the Kings will have 19 (which isn’t bad of course) and now Lakers have the 2-1 series advantage with LeBron James likely being available for the next one. The lack of a small forward continues to bite the Kings and cold shooting came at the absolute worst time in a fourth quarter collapse.

Both teams were going back and forth to begin the first quarter. Buddy Hield and Iman Shumpert got threes to go in, ending the quarter with six points each. Willie Cauley-Stein was also productive on offense, going 3-3 for six points with two rebounds and one assist. While Kyle Kuzma and Brandon Ingram continued to be a problem for the Kings on defense, Josh Hart was adding to that problem with 10 points. Tyson Chandler was doing the things he is so good at: putbacks and swatting back balls for second chance points. Kings trailed 37-31 to end the first.

The Kings outscored the Lakers 37-27 in the second quarter to go into the half with a 68-64 lead. Hart continued to make plays for the Lakers, going up to 17 points on 6/9 shooting. Ingram scored nine and Kuzma had eight. For Sacramento, De’Aaron Fox controlled the second quarter. He took his point total up to 14 on 7/9 shooting along with six assists, three rebounds and one steal. Bogdan Bogdanovic also scored 14 points on 6/11 shooting off the bench, with two assists. Hield and Willie Cauley-Stein had nine points each.

Sacramento went up by 11 in the third quarter, but an immediate 12-0 run by Los Angeles saw the lead disappear just like that. Fox was having a nice start to the quarter, but two quick fouls saw him leave the floor for the remainder of the quarter. Bogdanovic made another deep three towards the end of the quarter to make the game 96-92 to wrap up the third. Justin Jackson had also hit a big three a few moments earlier. Bogdanovic scored 21, Fox scored 17 and Hield scored 16. Hart and Kentavious Caldwell-Pope scored 19 each for the Lakers.

To cut to the chase, the Kings had built a 110-103 lead and were in position to wrap up a second consecutive victory over the Lakers. However, they completely collapsed on both ends of the floor and the Lakers went on a 18-4 run to end the game and win it by a score of 121-114.

De’Aaron Fox scored 26 points on 12-19 shooting along with seven assists, four rebounds, three steals and one block. Having him in the third quarter probably changes the outcome of this one, but you still can’t collapse like that in the fourth.

Bogdan Bogdanovic finished with 21 points on 9-18 shooting. He didn’t score in the final quarter. He dished out four assists, grabbed five rebounds and added one steal and block.

Buddy Hield had a bounce back game with 21 points on 7-17 shooting, but the 4-11 from three leaves a sting. He also grabbed three rebounds and gave two assists.

Willie finished with 11 points on 5-10 shooting with 12 rebounds. His play late in the fourth quarter was very frustrating because he could’ve had even more rebounds.

Each team had 14 turnovers.

The Game in One Sentence

Kings win this with Marvin Bagley out there, just saying.

Sacramento commences a four-game home stretch against the Portland Trail Blazers on Tuesday at 6:00 PM PST.