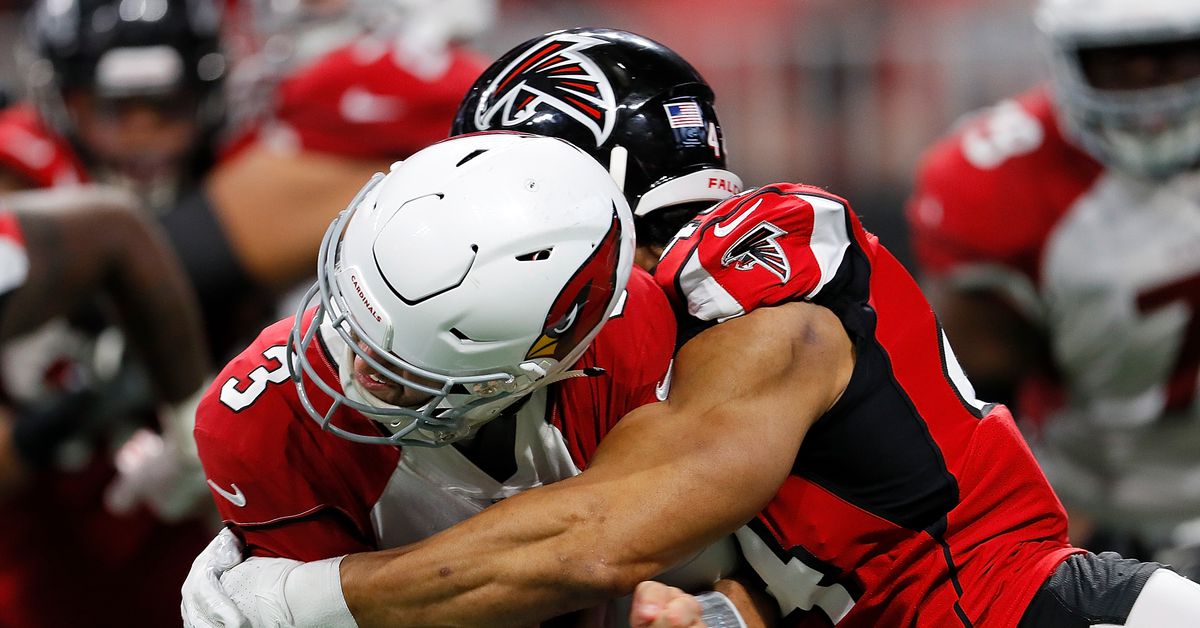 Josh Rosen has been sacked 11 times in the month of December, add to that the fact he has been hit another 20 times in the last three games and you begin to see why there are questions about whether or not Rosen should be playing.

The quarterback for the Cardinals is getting hit or sacked an average of 10 times each game over the last three games.

They have faced only one top ten pass rush in that time, the Green Bay Packers, and it was the only time they kept the slaughter under double digits.

Josh Rosen has been pounded into the ground at an alarming rate.

Yet, it seemed like an easy call to keep Rosen in the lineup for the last two games of the 2018 season, even as he was putting up worse and worse numbers each week.

Now though, it has piqued my interest of whether or not the abuse Rosen will take at the hands of the LA Rams and Seattle Seahawks outweighs the potential positives that can come from playing.

Rosen’s ascension to starter was not one we were supposed to see in 2018, or at least that early, but the team needed a jolt and looked to the rookie to provide it.

Now, nearly 12 weeks later, the team is in far worse shape, with a number of players who will lucky to be on rosters in 2019, taking the majority of the offensive snaps each and every week.

Rosen’s play has declined as the games have gotten more and more out of hand.

While he has some blame for those lopsided losses, much of it lays at the feet of the coaching staff and team that has been put around him.

And, if Rosen is truly the centerpiece to which they wish to rebuild, is it smart letting him get his brains beat in the next two weeks?

Or would putting Mike Glennon up as a sacrificial lamb make more sense?

The competitor in Rosen will not let him step back, but maybe it should not be his call.