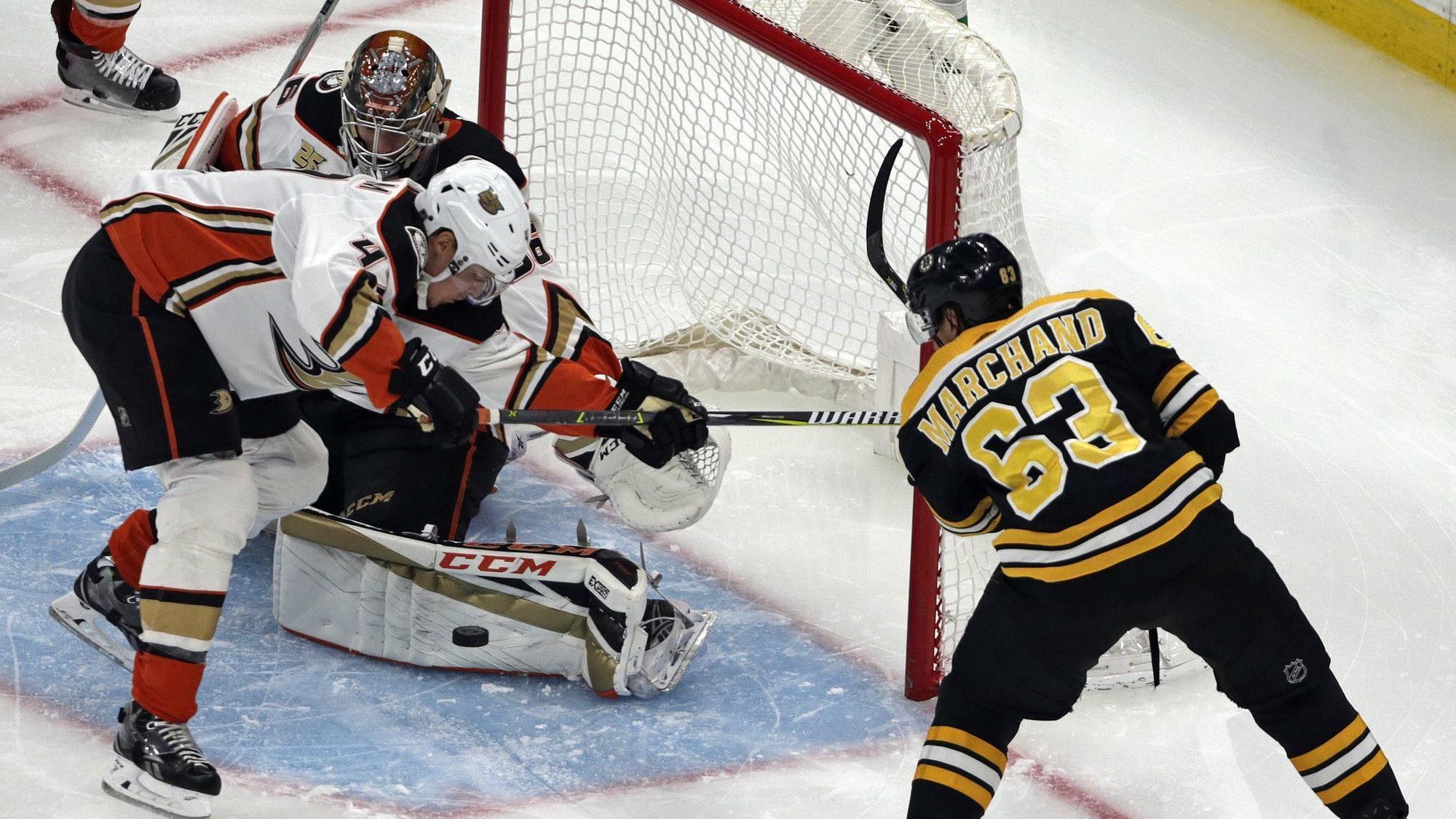 Jaroslav Halak stopped 24 shots, and David Pastrnak had a goal and two assists to lead the Boston Bruins to a 3-1 win over the Ducks on Thursday night.

Torey Krug had a goal and an assist and David Krejci also scored to help Boston snap a nine-game losing streak to the Ducks and win for the fifth time in seven games.

Ducks defenseman Josh Mahura got his first career goal with 4:16 remaining to spoil Halak’s bid for a second straight shutout. John Gibson finished with 28 saves as the Ducks lost its second straight after winning nine of 10.

Pastrnak’s power-play goal broke a scoreless tie when he one-timed Krug’s pass past Gibson at 7:19 of the second period. With his assists on the other two goals, he has 14 points in his past eight games.

Halak made the save of the game with 6:31 remaining in the second when he stoned Brandon Montour robbing him with a glove save.

Krug increased Boston’s lead to 2-0 on the power play when he converted a feed from Brad Marchand past Gibson with 1:55 remaining in the second.

Krejci added an insurance goal 5:21 into the third to cap the scoring for Boston, which shut out Montreal in their previous game.