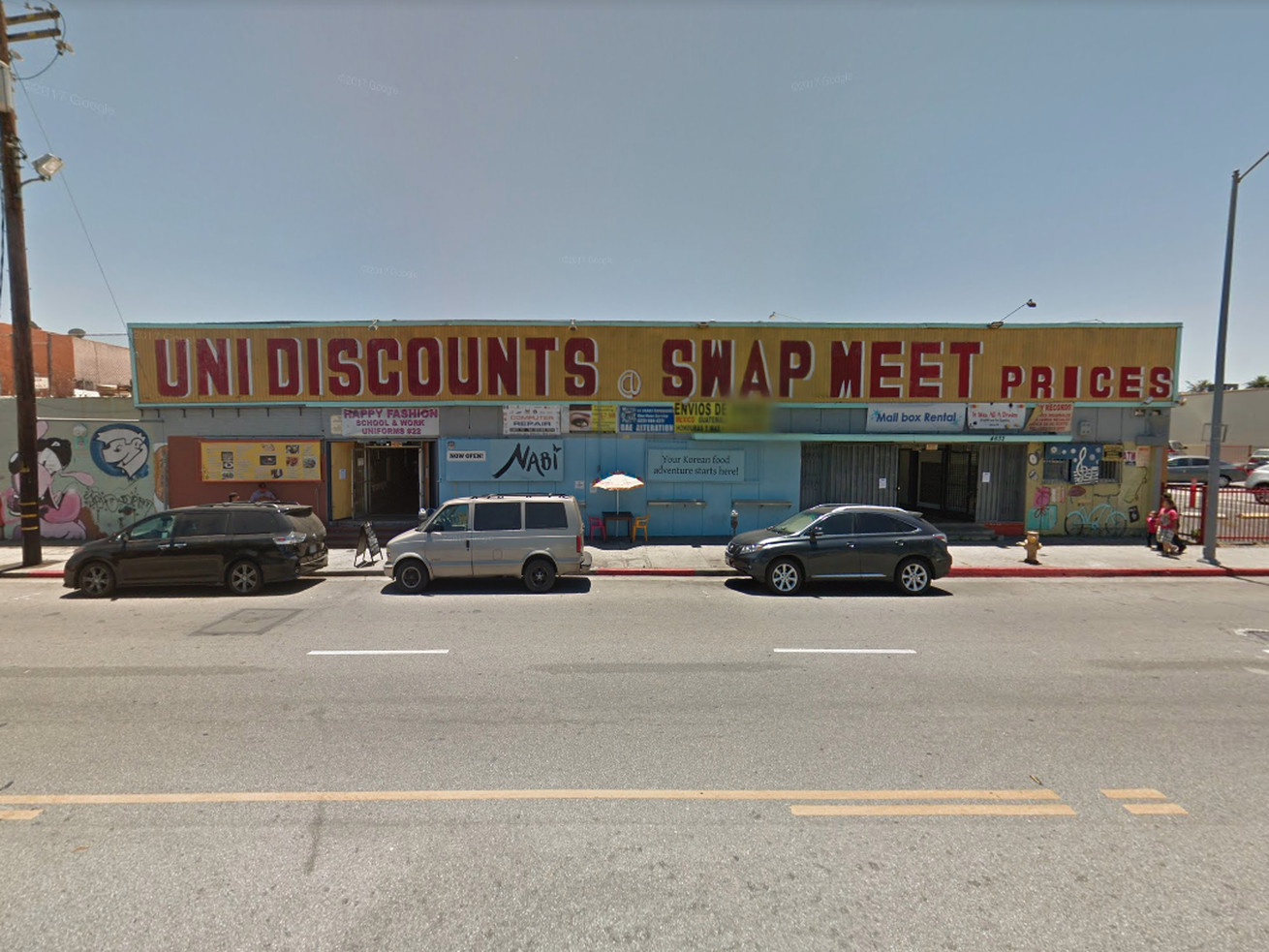 A developer submitted plans to the city Wednesday to turn the site of East Hollywood’s Union Swap Meet into a seven-story development with 177 residential units and 5,500 square feet of street-level retail space.

That developer is Jamison Services, The Real Deal reports. The company signed a 99-year ground lease in August for $3.8 million with the property owner, Union Discounts Ltd.

The swap meet is located less than a block east of Vermont and Santa Monica Boulevard. According to its website, it has been open since 1986.

Jamison made a name for itself in Koreatown, where it gobbled up office properties. Now it’s focusing on residential projects in Koreatown and beyond, with completed and in-progress projects in Downtown. The firm might even be getting into the preservation game: In March, Jamison bought the historic Westlake Theatre with plans to restore it.

A half-block away from this project, atop the Vermont/Santa Monica Red Line station, the Little Tokyo Service Center is planning an affordable housing complex with 160 apartments and more than 20,000 square feet of retail space. Also at that corner, developers are planning to convert a theater into a music and event venue.