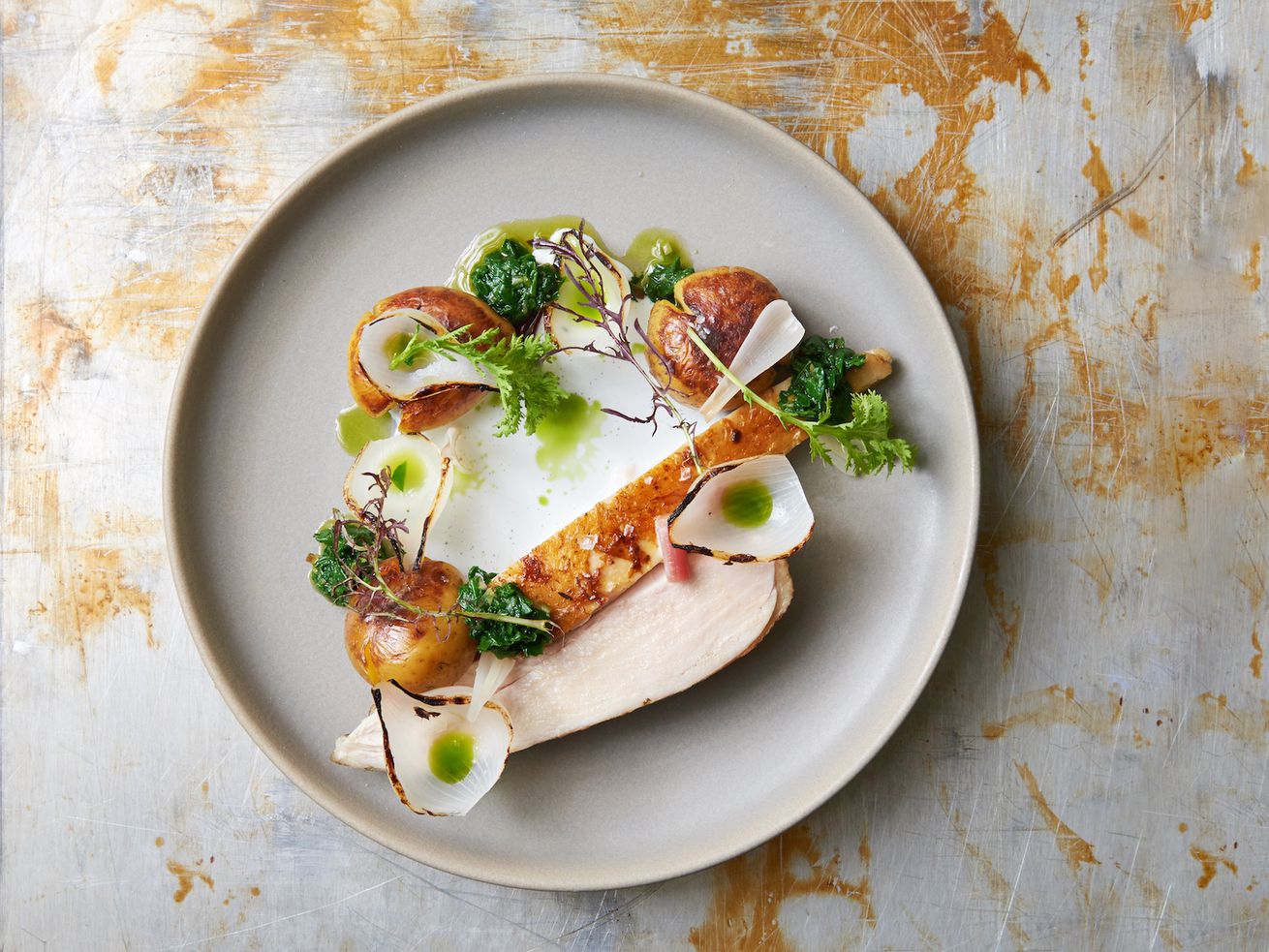 Plus artistic restaurants, and hope at Maury’s bagel shop

Chef Keith Corbin has been working up a storm down in West Adams, making his new restaurant Alta, in partnership with Daniel Patterson, a true neighborhood hit. The corner spot is buzzing every evening for dinner, while the attached coffee shop attracts daytime laptop workers and cafe diners. Now the Hollywood Reporter is out with one of its new reviews, labeling Alta an “unyielding” and “fully-formed” ode to modern California soul food. There are still some “hiccups,” says writer Gary Baum, but the place is well on its way.

LA Times takes a look at the new-ish Maquina in Pasadena. The upstart taco option does well over a dozen varieties, from a duck and egg breakfast burrito to lots of other fun takes.

All in the art

Check out these awesome, futuristic art prints over on Instagram by painter Scott Listfield. They show a futuristic neo-Los Angeles that’s still guarded by stalwart restaurants like Pink’s Hot Dogs, even as the world has changed around them.

Here’s another batch from my 2017 show FRANCHISE at @galleries1988 . Join me this Friday, Jan 11th from 7-9pm at Gallery 1988 from the premiere of the sequel, FRANCHISE TOO. We’ll hit some toy stores, food courts, and go shopping at the mall. . . . #scottlistfield #gallery1988 #franchise #franchisetoo

Good Girl Dinette may have gone away, but Diep Tran is still doing her thing. Case in point: This new banh chung party being held down in Compton at the end of the month, where guests can buy tickets to put together banana leaf-wrapped sticky rice dumplings as a group.

Food GPS takes a look at some of the upcoming 2019 breweries to know about, from Eagle Rock’s Relentless to Mumford Brewing dropping a space in Glendale.

Let there be gas

Behold! There is officially gas and flame at Maury’s in Silver Lake. The upcoming bagel shop still has a ways to go before opening, but a working oven is definitely a step in the right direction.

The oven works. First fire up! Super excited. (Only a few folks are gonna be interested in this one…)