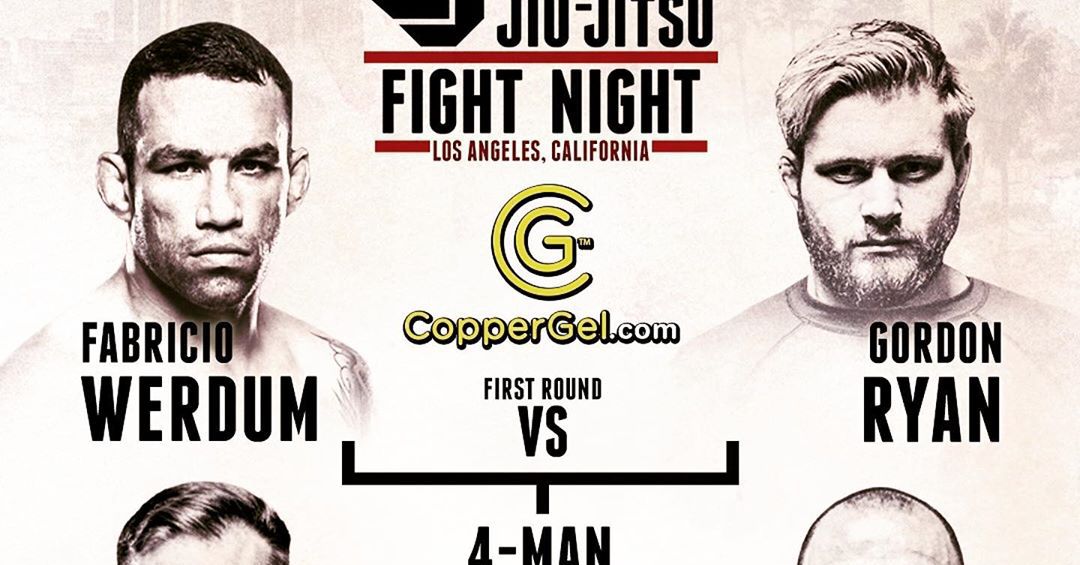 It looks like the UFC isn’t the only promotion to change venues at the eleventh hour.

With just a little over a month to spare, Eddie Bravo and his Combat Jiu-Jitsu Fight Night team have moved their highly anticipated show from Monterrey, Mexico to Los Angeles, California. While no reason has been provided for the venue change, the news does coincide with the event switching from pay-per-view to being aired live on UFC Fight Pass.

Combat Jiu-Jitsu Fight Night will be headlined by a 4-man tournament of epic proportions as reigning ADCC and Nogi World Champ Gordon Ryan faces former UFC and ADCC champion Fabricio Werdum in the opening round and Josh Barnett and Rustam Chsiev meet in the other side of the bracket.

For those who are yet to watch a CJJ tournament: the rules are the same as EBI, but with one rather large difference: palm strikes are allowed on the ground. What makes this show fascinating is that Ryan, while dominant, has never competed in a match that has allowed striking (though his IBJJF Worlds final with Cyborg did contain some).

BJJ vs. Car Thief Abreu Campos, a BJJ brown belt under Tony Passos who trains at Ground Strike in Alabama, was forced to use his grappling skills to apprehend a knife wielding man suspected of multiple car break-ins on Wednesday of last week.

Renzo Gracie hits back at Felipe Guedes about the current state of Gracie Barra as the fallout in the aftermath of Ralph Gracie’s assault on Flavio Almeida continues.

King of the Mats Caio Caetano, a black belt under Leandro Lo, has stepped in as last minute replacement for former masters nogi world champ Alan ‘Finfou’ do Nascimento in the 85kg division at King of the Mat in Abu Dhabi on January 12.

Mendes on being aggressive versus being rough