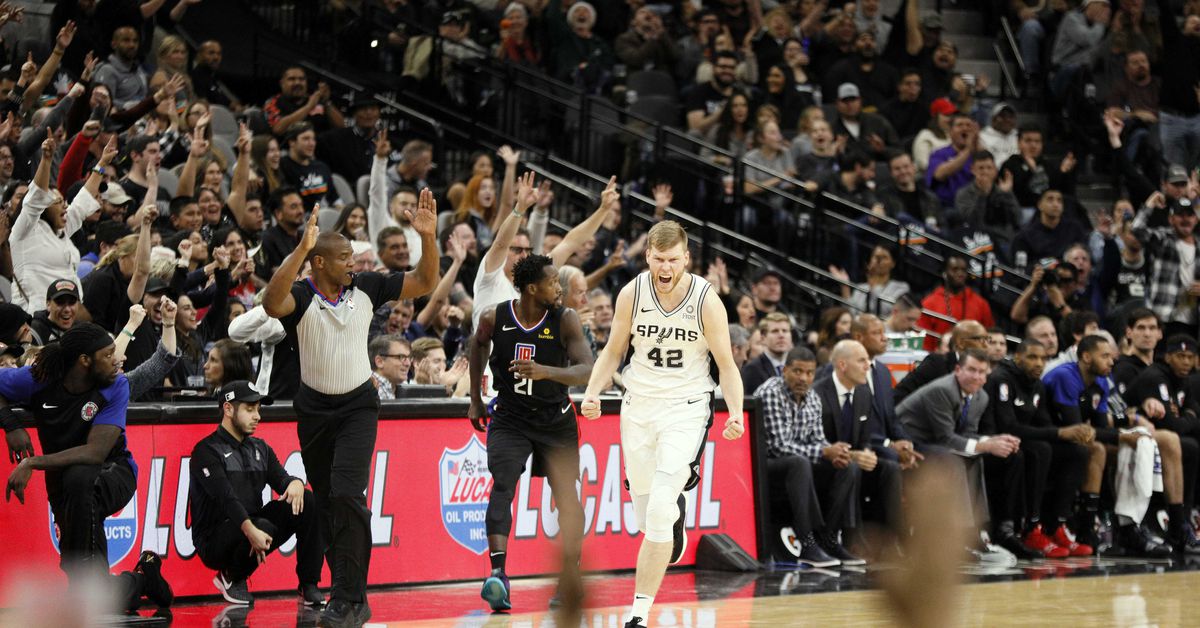 Ah, the SEGABABA! A staple PtR term, one that has found its way into the tweets and musings of other basketball writers. The Spurs have yet to win one of these yet this year, with an 0-6 record that includes 5 losses on the road. Now, they’ll look to grab their first SEGABABA win of the season after making the trip from Denver to Los Angeles.

This will be San Antonio’s 7th game of the season against a team from Los Angeles and their third against a scrappy Clippers team that has shocked most pundits, even holding the top seed in the West at one point. The season series sits at 1-1, with each team having a win on their homecourt, the most recent coming from San Antonio in a 125-87 victory during their 6-game homestand earlier in the month. That game saw LaMarcus Aldridge and Rudy Gay go for 48 points on a combined 20-24 shooting from the field, including Aldridge’s first and only make of the year from beyond the arc. Aldridge was able to make light work of Marcin Gortat and anyone else the Clippers threw at him, while Gay helped to hound Tobias Harris (who is averaging 22 points a game and shooting 51% on the year overall and 43% from 3) into a 17 point, 5-14 shooting night.

The Spurs will need to continue to do the exact opposite of how they competed against Houston before Christmas, a game in which they were always a step behind when it came to rebounding the basketball. On a SEGABABA (going from the Mile High City, no less), it will be important that they find a way to summon the physicality and energy that it will take keep a Clippers team who had 17 offensive boards when they last played from adding extra possessions. An offensive rebound for the opponent may as well be a turnover. Luckily for them, the Clippers are on a SEGABABA as well, though they come in having the advantage of being home already, as they played hometown rivals the Lakers.

Seek out mismatches and dominate them

The great thing about this Spurs run in the last month has been how attentive and aware the entire team is becoming on both offense and defense. The offense, as any good offense does, has been actively seeking out mismatches and the Spurs have been taking advantage of them, both more often and with less hesitation. Whether it be a big getting switched onto the crafty DeMar DeRozan so he can attack immediately or Gay and Aldridge getting deep post position after a series of cross-screens on the blocks for easy layups and jumpers, the offense has been whizzing along for San Antonio. I’m not expecting a 20-24 night combined from Aldridge and Gay once again, but they should be able to shoot a high % and rack up the points as long as the offense moves the way it has.

For the Clippers’ perspective, check out Clips Nation.

PtR’s Gamethread will be up this afternoon for those who want to chat through the game. You can also follow along with the action through PtR’s Twitter feed.