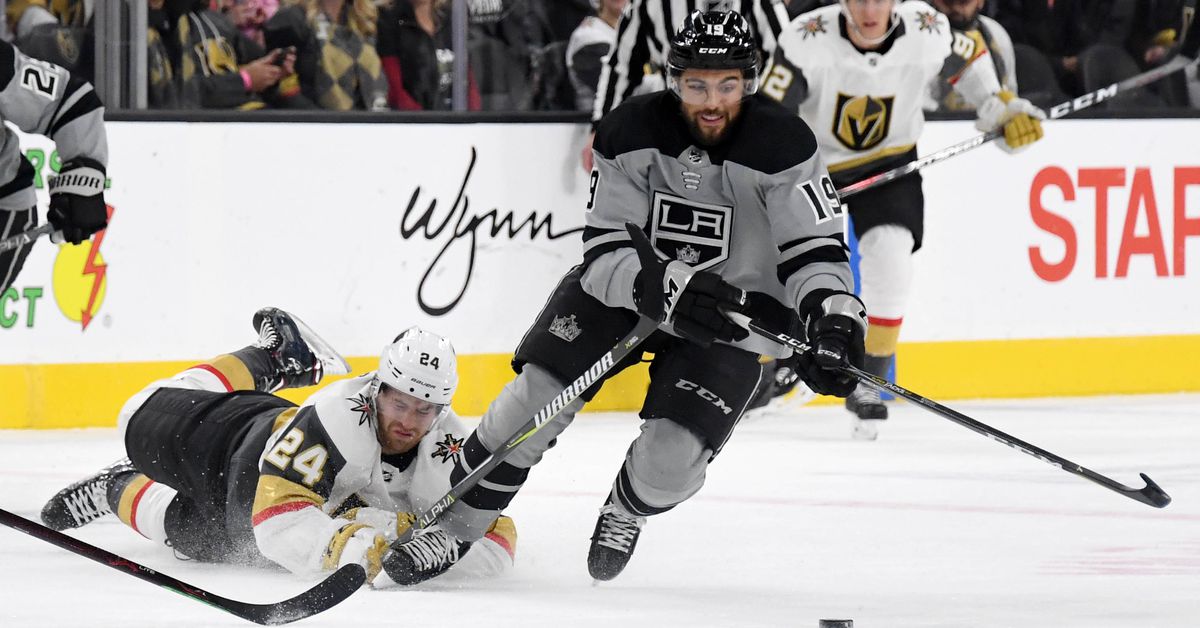 The plus side of this being the Kings’ fourth game against the Vegas Golden Knights is that we will have gotten most of the games in the season series out of the way and it’s only January 1.

The negative side is that we have played Vegas four times in one month and I’m just so tired, friends.

Yesterday’s Kings outing against the Colorado Avalanche was proof, along with their wins over teams like the Winnipeg Jets, that they can compete with good teams, if they really buckle down. Or maybe it’s just that good teams continually have the irritating habit of playing down to their competition. Enter: the Los Angeles Kings.

Or maybe it’s just that the Colorado Avalanche have had troubles lately and that loss was evidence of it. Who knows!

Regardless, the Kings get to face down the Golden Knights for — and again, I cannot emphasize this enough — the actual, literal, honest to god fourth time in a month. This is like when the back end of the schedule is loaded with Kings/Ducks matchups and we all want to die, only this game has, like, more pyrotechnics and a drum line and a castle for some reason.

What are the Kings going to look like? What are they going to do? Will they collapse like they did in the last matchup against the Golden Knights? Will they look competent? Who knows! They’ll probably look tired, given that they didn’t get into Vegas until around midnight.

Happy new year, this team is killing me.

Man, this team just played yesterday. Who even knows. Nikita Scherbak and Paul LaDue were the healthy scratches, and it’s doubtful either of them get back in, particularly with Sean Walker and Oscar Fantenberg both having decent games on the blue line yesterday.

The Golden Knights have won three straight. Paul Stastny is on fire since returning from injury. (Not literally, that would be uncomfortable.) They’re looking to even the season series with the Kings at two wins apiece, and Marc Andre Fleury is finally going to get to seek his revenge on Tyler Toffoli for that overtime killer the other day.

Literally the other day.

There is nothing new to report about this team. They are still pretty good, and the Kings have just been very lucky lately.

Please, NHL, I need a break.