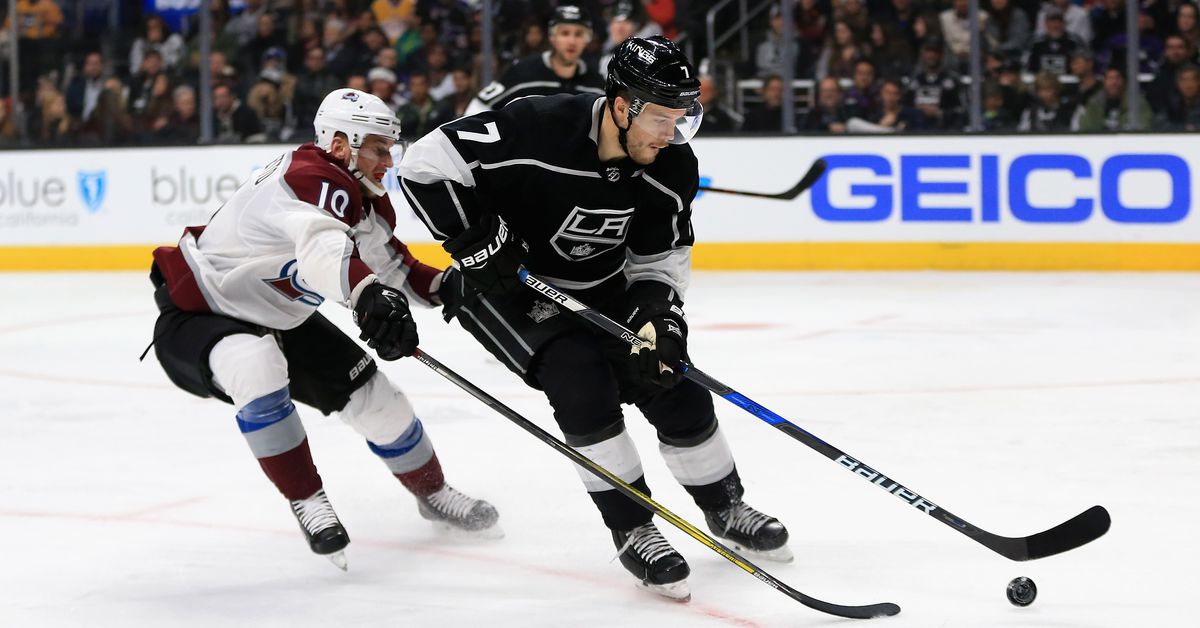 What did we learn from the last Kings game? That despite a stretch of strong play, there are still plenty of kinks to work out on the ice for them. After a strong start against Vegas, the Golden Knights quickly adapted and changed tactics, finding ways to keep the Kings out of the offensive zone. Willie Desjardins had no answer for the Golden Knights’ pressure, other than to keep trying the same things that weren’t working in the first place. The Kings’ only goal in that game came in the dying seconds of the first period, with Anze Kopitar tapping in a shot from rookie defenseman Sean Walker. And although the Kings eventually tried to ratchet up the pressure, dominating possession (62.5% Corsi for) and scoring chances (73.91% in favor of the Kings), they weren’t getting dangerous shots through (three high-danger chances for the Kings; two for Vegas).

With another coach and another team, I’d say there’s an important lesson to be learned about playing your own game, not letting your opponent dictate the pace and style, particularly when you have the advantages that come with being on home ice. Willie Desjardins, however, has shown a particular knack for not ever doing that, leading to some shuffling of the defensive pairs but no other movement on lines, shift lengths, deployment, anything.

As the Kings slide into the back half of the season, games are going to start being more about evaluation of which players will still be here next year. Which of the defensemen can be moved? Paul LaDue, previously thought of as an untouchable prospect, has failed to catch on under Desjardins or John Stevens. Do they play him more to showcase him for a possible trade? Can Sean Walker’s play away from the puck be improved to make him a more well-rounded defenseman? With players like Carl Hagelin, Jonny Brodzinski, and Trevor Lewis all heading towards a return, who will either be moved or reassigned to Ontario to make room? Is Matt Luff still working every day to be the hardest-working player on the ice, like Desjardins wanted, or has he hit a lull? Who can we send Nate Thompson to at the deadline for a draft pick?

So while the Kings likely struggle tonight against the Avalanche, watch with the young guys and the easily movable contracts in mind. Maybe there’s something to be learned there.

Mike Amadio was returned to the Ontario Reign, for presumably secret reasons, as he doesn’t have the largest cap hit of any of the kids who don’t have to pass through waivers, he’s not close to hitting a milestone that would make waivers a thing, and unless Adrian Kempe is going back to center, I have no actual idea who’s going to move to center in his absence. (Adrian Kempe’s probably going back to center.) (Help.)

Dion Phaneuf has been activated from IR and presumably is ready to play. I’d guess Sean Walker comes back out, although Walker’s been providing at least nice offensive instincts, even if the defensive side is still a work in progress.

Cal Petersen has been returned to Ontario and Jack Campbell called back up from his conditioning stint. Campbell played two games for the Reign, with one win and one loss. His numbers weren’t spectacular, allowing six goals in the win (yes, the win) and gave up several leads, but stood tall in the shoot-out, stopping all three shots. The Reign have been inconsistent all season long, though, and now have some of their best players spending time with the Kings, so those games aren’t entirely on Campbell.

Anyhow, technically there’s a chance we see Campbell in action, given that the Kings are on a back-to-back. As always, though, there’s a chance that Willie Desjardins decides to just play Jonathan Quick in both games.

The Avalanche got themselves off to a hot start this season, largely carried by the line of Gabe Landeskog, Nate MacKinnon, and Mikko Rantanen. The team has struggled as of late, however, losing four straight, including two losses to the almost-but-not-quite last place Chicago Blackhawks, and one to the also-not-great Arizona Coyotes. The Avalanche have only won two of their last 10 games and are in a stretch that has seen that formidable top line be broken up to try to spread out the scoring.

During this losing streak, Colorado has used three different goalies, with each of Semyon Varlamov, Philipp Grubauer, and rookie Pavel Francouz taking losses. Varlamov is scheduled to start this one. In the only other meeting between these teams this season, the Avalanche walked away with an impressive 7-3 win. You’ve probably tried to forget that one, but it’s a game that saw the Avalanche score three power play goals and also six straight goals. And while Austin Wagner and Matt Luff teamed up make the game interesting late in the third, there was no real late surge. Varlamov saved 33 of 36 shots he faced and the Avalanche sent the Kings on their way to think about what they’d done. (Lose, and lose badly.)

Colorado doesn’t look quite like the world-beaters they were trending as at the start of the season, but they’re still a threat, particularly as they look to shake off a down spell and go into 2019 on a high note.