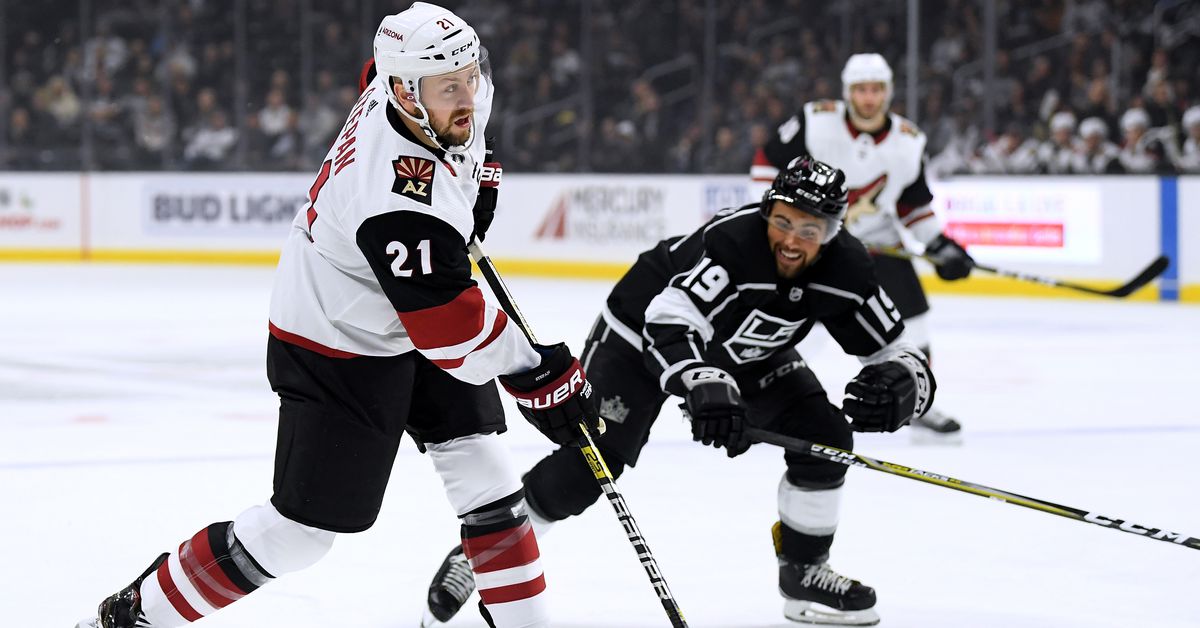 A funny thing happened last week: the Los Angeles Kings won three games in a row, and took a fourth to overtime to at least go home with a point. The Kings are 4-4-2 in their last 10, which, while not impressive to most other teams, is possibly one of the best stretches of hockey they’ve played yet this year. They’re getting important saves! They’re outshooting opponents! They’re coming back from behind! It doesn’t feel like the same hapless team that stumbled into a six-game losing streak nearly right out of the gate in October.

Anyone who’s spent time watching a bad team knows that these pockets of competence can happen to you at any time, buoying fans’ hopes and dreams while simultaneously sinking the team’s chances at getting a top draft pick. Do we satisfy ourselves with the small blip, knowing that the other shoe — a very definitively mediocre shoe — is probably going to drop before we know it?

Does it matter? It’s the holidays. Let’s have fun. Alex Iafallo has already matched his goals scored (nine) from last season, and is close to matching his points output, and there’s still more than half a season to go. Matt Luff, after having a so-so first pro year in Ontario, is proving that the Kings may have picked up a diamond in the rough from unsigned OHL players. Ilya Kovalchuk’s enthusiasm for scoring and winning is positively infectious. Let’s see more of it. Let’s have fun, and hope the Kings keep that ball rolling tonight.

Good: Austin Wagner is cleared to play. So is Kyle Clifford. Michael Amadio, Daniel Brickley, and Sean Walker were all recalled from Ontario; Amadio and Walker are expected to be in the lineup tonight, along with Paul LaDue.

Carter day-to-day. Was a chance he could go tonight but will need some extra time, per WD.

At least whatever’s ailing Jeff Carter is apparently minor, and not related to his leg injury. But still, for a team that was just starting to find its groove over the last few games, taking a major player out of the lineup is going to change the complexion of the team. It’s especially disappointing for Carter, who was playing pretty good hockey before the holiday break but now finds himself having to sit out.

As seems to happen almost every year lately, the Arizona Coyotes were right on the cusp of doing something big with their season, and then inconsistency and injuries started to take their toll. They’ve plummeted out of the playoff picture and currently sit seventh in the Pacific.

The Coyotes have five players with injuries currently, and four of those (Antti Raanta, Michael Grabner, Christian Dvorak, and Jason Demers) are significant. Vinnie Hinostroza could be back as soon as tonight. But the biggest loss is most certainly Raanta, who puts up strong numbers in net but has had a hard time staying healthy to really be the stabilizing force the Coyotes need.

The last time these two teams met, the Kings were stonewalled by rookie Adin Hill, whose numbers still look excellent with increased play. Former King Darcy Kuemper will be in net tonight, however, and he’s historically played well against his old team. He’s struggled lately, with losses in four of his previous five games, but some of that comes along with the territory of playing behind a team struggling to score. Three of Kuemper’s recent losses have come with the Coyotes only scoring one goal.

They used to share this distinction with tonight’s opponent, the Coyotes, but former King Brad Richardson scored his 9th and 10th goals right before the holiday.

he Coyotes have won two in a row, including a 6-4 win over the high-scoring Colorado Avalanche. They’re looking to keep hold of their own momentum after the holiday break. Unlike in some of their other recent games, they may not even need to score that many goals to do it.