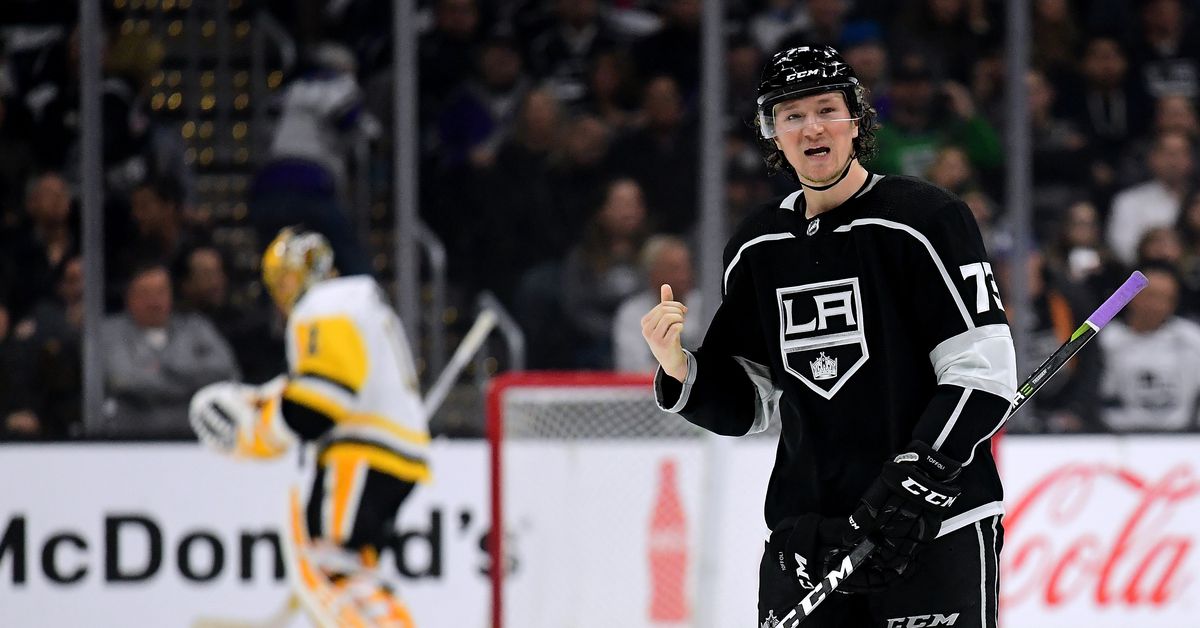 82 Games Worth of Deja Vu

If I went back and copy-pasted something from game two or three or ten this season, would anyone be able to tell? Probably not, and while that’s probably like 5% indictment of my own writing wherewithal, I’m going to say it’s about 95% on the team, who has not really noticeably progressed in any one area since the start of the season, or at least, not in a consistent manner.

Zone entries are better, sometimes, but not always. Special teams have shown flashes of having breakthroughs, but, again, not always. Jonathan Quick has epic performances like in his 2-0 shutout over the Hurricanes, and sometimes he reverts back to the guy who lets in the first shot that gets through to him.

The answer to the question of “what’s up with the Kings” — a question I get frequently from friends and family who don’t particularly follow the team, but follow the NHL in general enough to know their spot in the standings — isn’t an easy one to really come up with. There’s no one answer and no one quick fix. The team has games where they look like the Kings of prior years, poised to tear through the back half of the season and claim a playoff spot. And then sometimes — most of the times — you watch them and think, ah yes, you’re absolutely competing for a draft lotto spot.

The Kings come into today looking to break a three-game losing streak. They’ve gone 0-2-1 on this road trip, although Thursday’s game against Columbus was the first time they looked truly out of contention on this road trip. The Columbus game was lifeless, an echo of that six-game losing streak at the beginning of the season that saw everything go wrong and no answers on the horizon.

Daniel Brickley could draw in tonight on defense. Paul LaDue is the likely candidate to come out of the lineup, given his lackluster play in the loss to Columbus (on for two goals against, including one where the broadcast team repeatedly pointed out that he was clueless about where the Blue Jackets’ players were on the ice). Sean Walker could also come out, given that he’s played a ton of hockey over the past week, between this stint of his call-up and games played for the Reign immediately before that.

Jonathan Quick gets the start in net tonight. He’s 3-4-3 against the Penguins in his career.

The Penguins haven’t had the strong start to the season that they had hoped. At one point, their record was similar to the record that got previous head coach Mike Johnston fired. The Penguins didn’t give up on Mike Sullivan quite so easily, though, and instead have looked to their locker room to step up. GM Jim Rutherford is never shy on the trade button, either.

Enter Tanner Pearson, obviously the only Pens player any of us care about. He’s got three goals and two assists over 15 games since joining Pittsburgh. He got out to a hot start in black and gold, with three points in five games, but has cooled down since then. He has no points in his last five games, despite playing largely on Evgeni Malkin’s wing. A brief spin with Sidney Crosby lasted about a period last night against the Bruins. Malkin’s had a rough season, too, and his lack of production is a big factor in the Pens’ overall struggles this season.

The Penguins followed up a pretty all-around terrible performance where they lost to the then-worst team in the league (Chicago) with a strong outing against Boston yesterday, led largely by goalie Casey DeSmith standing on his head to save 48 of 51 shots against. The Penguins will be starting Matt Murray tonight, however, which could possibly be good news for the Kings. Murray has struggled this season, hampered by injuries and inconsistent play. He’s turning in the worst numbers of his young career, going 4-5-1 in his appearances so far, with a goals against average of 4.08. That’s the most out of all active goalies with 10 or more games played. Of course, he’s 1-0-1 against the Kings, allowing just two goals in 63 shots. So do the Kings get vintage Matt Murray, or do they get what-he-is-right-now Murray?