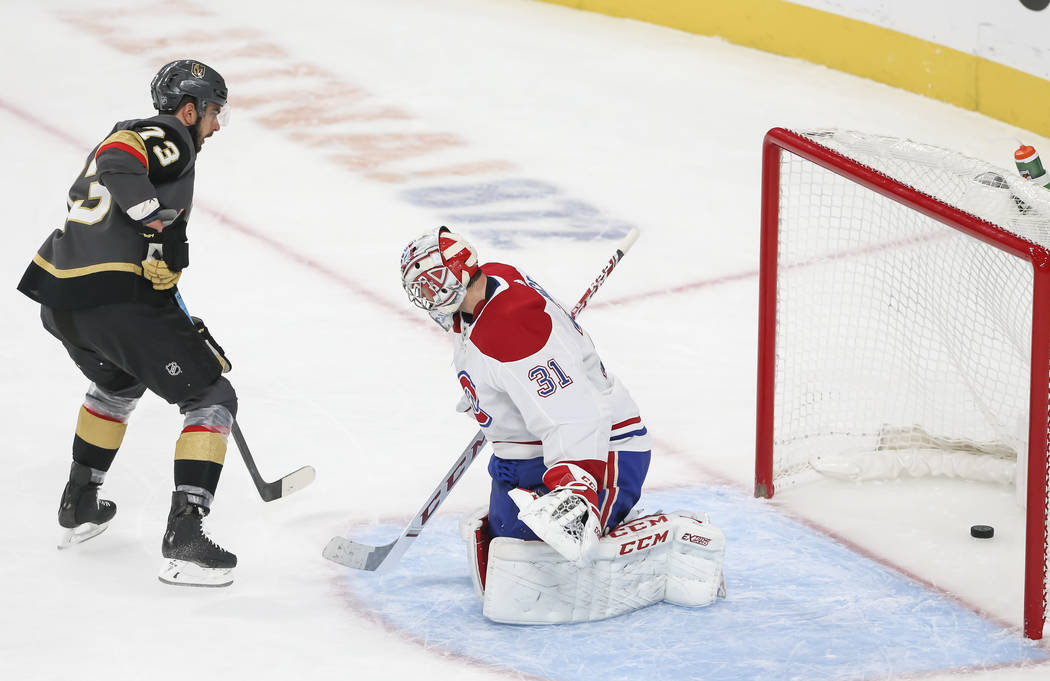 The Golden Knights play their final game before the three-day holiday break Sunday when they host the Los Angeles Kings at T-Mobile Arena.

Opening faceoff is 5 p.m., and the game will be televised on AT&T SportsNet Rocky Mountain.

This is the second of three meetings this month between the Pacific Division rivals, who play Saturday in Los Angeles and again on Jan. 1 at T-Mobile Arena.

The Kings defeated the Knights 5-1 on Dec. 8 at Staples Center.

“We played some great games against the Kings,” coach Gerard Gallant said. “That (playoff) series last year was unbelievable hockey, and most of the games during the regular season were real good. Obviously they got up on us pretty good this year with the first game when they beat us 5-1, so we’ll have to play a lot better than that.

“Last game before the Christmas break. I’m sure both teams are excited.”

Gallant said there could be multiple changes to the lineup after the Knights (20-15-3) were outplayed during a 4-3 overtime loss to Montreal on Saturday in the first game of the back-to-back.

Gallant did not announce his starting goaltender.

Los Angeles (13-20-3) has won two straight, including a 3-2 overtime victory at San Jose on Saturday.

Ilya Kovalchuk returned from an ankle injury and scored two goals, including the OT winner, in his first game since Nov. 29.

The Kings are last in the league in goals per game at 2.25, and Anze Kopitar leads the team with 22 points (eight goals, 14 assists).

“These games are always kind of tricky, because sometimes you look forward to the break instead,” center Paul Stastny said. “But luckily we’re at home. We’ll want to play good and want to enjoy those three days with some points.”