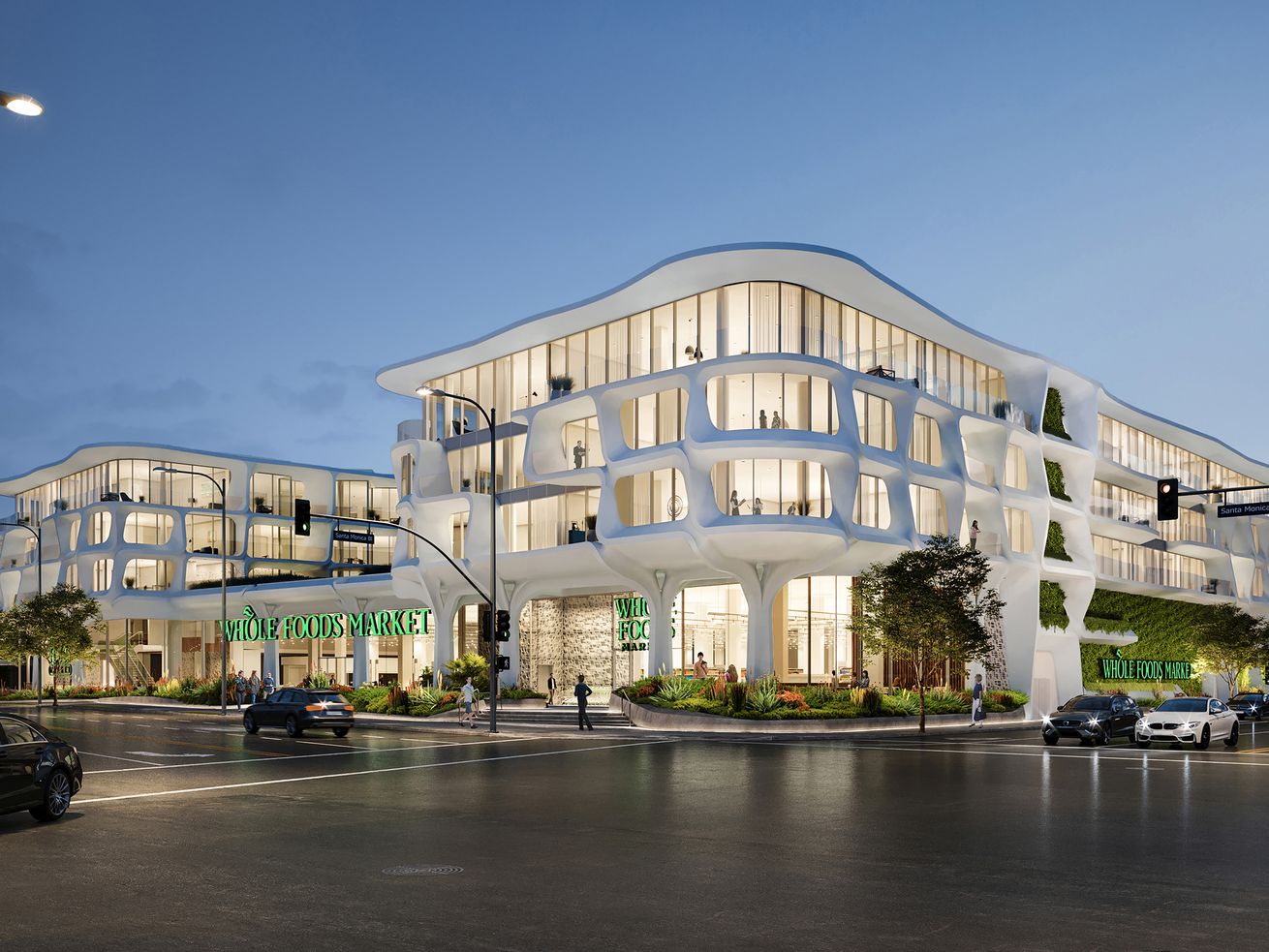 Developers are moving forward with plans to build a five-story building with an undulating, mushroom-like look at the corner of Santa Monica Boulevard and Barrington in Sawtelle. A new rendering of the project offers a glimpse of what’s in store for the busy Westside corner.

The new building, designed by the Landry Design Group, would hold 180 apartments ranging from studios to three-bedroom units as well as nearly 65,000 square feet of commercial space, to be occupied by a 24-hour grocery store and restaurant and office space.

Residents of the building would enjoy access to a swimming pool and Jacuzzi and “a sky garden located on the third floor.” Most apartments will come with private balconies.

The development would also include almost 600 parking spaces, to be held in a three-level underground parking garage.

Along Santa Monica, a plaza, new landscaping and trees, and an outdoor dining terrace are planned.

The developer is listed as United El Segundo, a gas station operator, in the project’s draft environmental impact report, which was published last week.

The site was once occupied by a much maligned Vons grocery store. It now sits vacant, though it is used as a surface parking lot, the report notes.

The plan to put something new on this property has been in the works for years, and once included a new Pavilions.