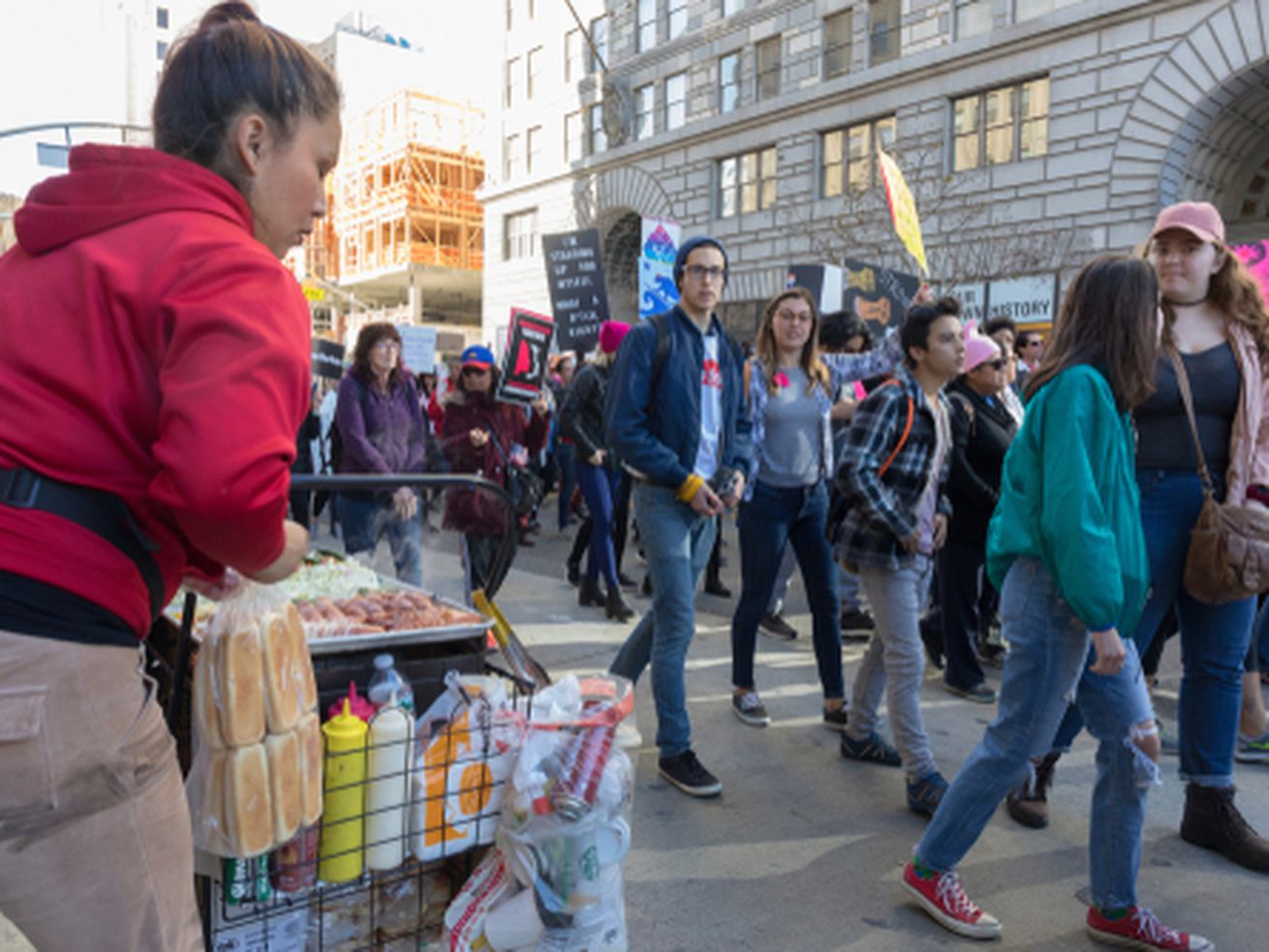 In a lightning round of fall signings, Governor Jerry Brown approved a set of new laws that impact restaurants, bars, street vendors, and home cooks. These rules go into effect on January 1, 2019, and Los Angeles residents and businesses will feel the effect immediately.

Throughout the last three months, local legislators and city councils scrambled to rework the new mandated guidelines for businesses, especially around street vending. These changes will take some getting used to, and will introduce a new ways to dine.

Here’s a look at California’s upcoming new laws, or changes to existing ones.

Home-Cooked Goods Can Now Be Sold to the Public

California’s independent food operators got a boost when Governor Brown signed the Homemade Food Operations Act in September. Coachella Assemblyman Eduardo Garcia authored Assembly Bill 626, which launches a county-level permit and inspection process for micro-enterprise home kitchens or MHKs. Any MHK that manufactures, packs, or handles processed food must first apply for a permit, and is restricted from selling more than 60 individual meals per week, with no more than $50,000 in verifiable gross annual sales.

In what many labeled as government overreach, Senate Bill 1192 seeks to limit restaurants from serving sugary drinks to kids. The bill isn’t entirely restrictive, as the law only requires restaurants to make water or milk the default.

A Ban on CBD Cocktails

CBD cocktails were incredibly popular throughout Los Angeles, well before adult-use became law at the start of 2018. But Governor Brown signed Assembly Bill 2914 in late-September, outlawing the sale of cannabis mixed with alcoholic beverages. Bars and restaurants must adhere to this legislation, or risk losing a coveted liquor license. LA businesses quickly responded by eliminating CBD cocktails from their menus, even though AB 2914 doesn’t take effect until January 1, 2019.

The Safe Sidewalk Vending Act, or Senate Bill 946 decriminalized street vending throughout the state in September. SB 946 requires cities and counties to maintain certain rules when interacting with street vendors, or they cannot enforce the law. The Los Angeles City Council overwhelmingly approved an ordinance in late November to comply with the law, which determines where street vendors can operate, the permitting process, how the city will handle the new law, and fines. Eater’s previous coverage tells a more detailed story, and many around the city noticed an increase in street vendors operating openly, even though permits have not yet been issued.